A Cards vs. Cubs rivalry

It is 304 miles between Wrigley Field and Busch Stadium. The house which Jeff and Debi Sieg have owned for 31 years in the McLean County village of Carlock is practically half-way between the two baseball parks.

Debi’s side of the bed is just a few inches from her husband’s. It’s just a couple of feet from Jeff’s place at the dining room table to where Debi sits for her meals. Yet, when the Cubs play the Cardinals, the distance between them can seem as far as St. Louis is from Chicago. The Sieg’s home is a house divided.

They are not alone. Throughout Illinois there are families, businesses, civic groups and even communities as divided as the Sieg’s home. With what many consider one of the greatest rivalries in all sports, the longstanding friction between Cardinal and Cub fans is as monumental as the games themselves.

“This is one of the best rivalries if not in all sports, definitely in baseball,” says Bret Beherns, sports director at WCIA-TV in Champaign. “From my perspective and in my job, I have to make sure we are catering to both sides. We have to show the Cubs first one day and then the Cardinals the next day. There’s always the debate of who is better and it is always about bragging rights. There’s really nothing better for Midwestern sports fans.”

Why is the rivalry so intense? Beherns and other observers say a number of factors come into play. First is simply geography and familiarity. Separated by just a few hours’ drive, and facing each other over and over again for decades in the same National League division, has made for frequent and fervent competition.

Second, the fan bases rooting for both teams are large. Up to the mid-1950s, the Cardinals were Major League Baseball’s westernmost team, gaining a multi-state fan foothold thanks, in part, to radio broadcasts on 50,000-watt KMOX, whose clear channel nighttime signal could be heard coast to coast.

Likewise, the Cubs grew in popularity through the advent of cable television with each of the team’s 162 regular season games available throughout the nation on WGN-TV.
In much of Illinois, where both broadcasts were available, both the fandom and rivalry grew.
“There are obviously Cardinal fans that live in the northern part of the state and there are a lot of Cubs fans south of Springfield,” Behrens explains, “but the central part of the state, it’s pretty split.”

Sometimes it is more than segments of Illinois which are divided, it’s families themselves. Take the Siegs for example. Their marriage of more than four decades has been filled with lots of good-natured ribbing around baseball.

Jeff grew up a Cubs fan. “He was dropped on his head, I think,” Debi chimes in, but he tells it differently. “Once I really started following baseball outside of being a kid and playing it all of the time, I would always watch it on WGN. I’ve been a Cub fan ever since, and I don’t mind admitting it,” he says with a laugh.

Debi describes herself as a die-hard Cardinal fan, coming from a long line of St. Louis fans and remembering Harry Caray doing play by play on KMOX. Caray broadcast Cardinal games from 1945 to 1969; he ended his career in 1997 after 15 years in the Cubs’ WGN television booth. Jeff admits he would listen to the Cardinal games when courting Debi just to win her family’s approval.

“We actually went to rival high schools, so that was more of an issue than the Cubs and the Cardinals,” Debi says. The pair says the rivalry and their ribbing of one another has gotten better over the years, especially as the Cubs have improved. In fact, Jeff admits to purposely driving by the homes of other Cubs fans – the ones who fly the iconic “W” flag after Cub victories – just to pester his wife.
“Oh, I can’t stand those flags,” responds Debi.

Steve Davis of rural Knox County and his younger brother Mark who lives in Warren County grew up as the sons of a New York Yankee fan. It was radio, too, that captured Steve’s attention. Caray’s calls of Cardinal greats Bob Gibson, Lou Brock and their teammates bonded him to St. Louis. Wanting to share his love of the game with his younger brother, Steve took Mark to his first big league game – at Chicago’s Wrigley Field. It worked. Mark fell in love – with Wrigley and the Cubs. “So, basically, Steve is responsible for me being a Cub fan,” Mark jokes. “Every disease has to have a cure. He’s a Cardinals fan, so I’m the cure.”

“Honestly, I think the rivalry has brought us closer together,” Steve says. “I don’t think we’ve ever had a ‘knock down, drag out’ over baseball, but we do give each other a hard time.”
Steve says one of the keys to the rivalry is mutual respect, explaining that both fan bases understand the other’s passion for the game and appreciate good baseball.

“Despite that, there’s still the jokes,” Steve says. “You’re still only as good as your last season.”
The brothers say they enjoy the fact that often in recent years, when the two teams have faced one another, “it really means something.”

Paul Doan realized he was in a different situation not long after he and his family moved to Plainfield, about 40 miles from Chicago.

“We were doing an icebreaker at the beginning of a conference call,” Doan says. “They were asking everybody, ‘Cubs or White Sox?’ and I said neither,” Doan recalls. “I get grief about being a Cardinal fan up here.”

Doan grew up in the Champaign-Urbana area, which is split about half Cub fans and half Cardinal fans. His father, a noted high school football coach, rooted for the Cardinals. “The game was always on the radio in the car, or if we were outside, we were listening,” he says, but he acknowledges there were plenty of Cub fans around who were listening to games from Chicago.

He says he later learned that Cub fans were widespread throughout Illinois. Later, living in Carbondale, he was surprised to discover some Cub boosters in deep southern Illinois. “I could not get over the fact that the games that came in best on the radio were the Cub games,” he says. “That blew me away. I was like, ‘What are they doing carrying the Cub games and not the Cardinal games?’ It made no sense to me.”

Doan says both fan bases are dedicated and committed to their baseball teams. “I think the biggest thing about the rivalry is that both groups of fans are so passionate. They’re not rainy-day fans.”

Elmer Clark knows how Doan feels. As a teacher at Carlyle High School, about 50 miles from St. Louis, he works and lives around many Cardinal fans, yet his love for the Cubs has never wavered.
“I’m definitely in the minority,” he says, counting less than a dozen Cub fans in his community. “I catch ribbing all the time.” He says even the school administration gives him a hard time with the morning announcements. “The principal would say something like, ‘I hope you all have a good day; at least a better day than Mr. Clark since his Cubs lost last night.’”

Clark says teasing and pranks are commonplace with students and teachers alike, but is all in fun. In fact, another teacher built Clark a Cubs podium that he teaches from every day. “It’s a rivalry, but unlike some – he mentions the New York Yankees-Boston Red Sox as an example – I don’t think there is any real animosity here; there’s no hatred. I mean, you want to see the other team bomb, but it’s not a life-or-death situation. It’s all good natured.”

The rivalry isn’t lost on the players.

Hall of Fame reliever Lee Smith, who recorded 180 saves as a Cub between 1980 and 1987 and 160 for the Cardinals in a three-year span beginning in 1990, says he first heard about the rivalry as a pitcher for the Cubs AA affiliate Midland (Texas) Cubs. When he got to the big leagues, he saw it for himself.
“It was really strange,” Smith says. “When we’d play the Cardinals in Chicago there would be a lot of fans in red in the stands and then when we went to St. Louis we’d have as many fans as the Cardinals.” He adds it was like “being at home on the road.”

Smith, who pitched for the Boston Red Sox between his years with the Cubs and Cardinals, says the Midwestern rivalry is different than the noted east coast rivalry. “This one is mostly for bragging rights and it’s good natured,” he explains. “In New York, I’d see fist fights. It’s nasty.”

He says the St. Louis-Chicago rivalry really hit home when he, as a participant in the off-season events for fans called the Cardinal Caravan, visited many of the same places he had traveled to on the Cubs version of the rallies a few years earlier.

“I think every city I went to as a Cardinal, I had been to as a Cub. People would ask if I had ever been to their town before and I would tell them yes, but I wouldn’t tell them why.”
Often, he would meet people on the caravans who had spouses cheering for the other team. “Their kids would be in the middle,” he recalls.

Smith says the Cub-Cardinal rivalry is good for the fans and baseball. “It’s never going away. I love to see it and it’s something that fans pass down to their children and grandchildren. They plan their vacations around these baseball games. It’s fun.”

Behrens says the rivalry and interactions between Cub and Cardinal fans are as entertaining as games between the teams. “Wherever you go in Illinois, you’re going to find Cardinals fans and Cubs fans and they’re going to be picking on each other,” he says. “That makes the rivalry good and when both teams are good, it makes it even better.” 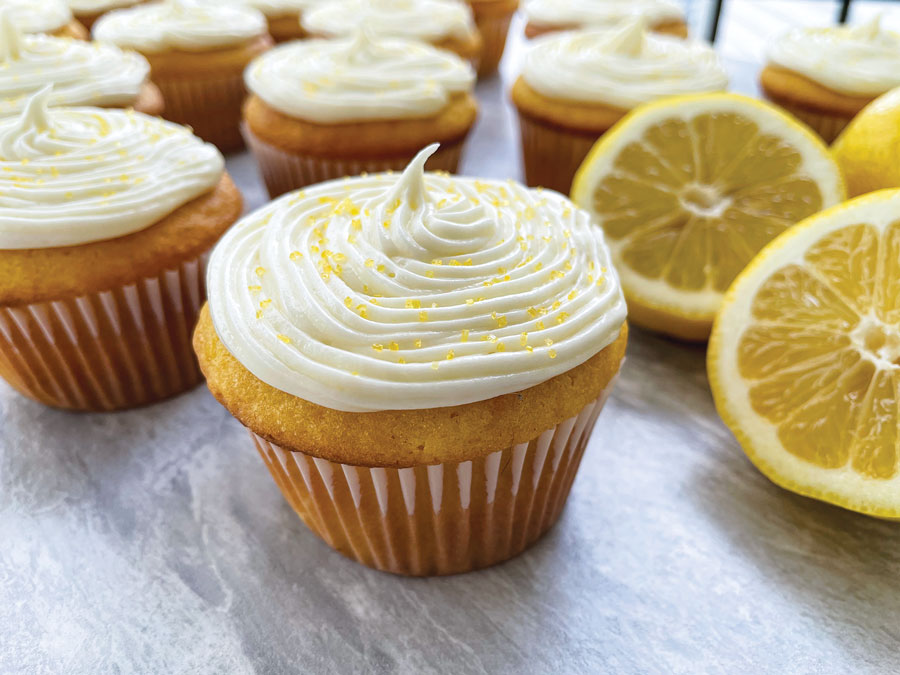 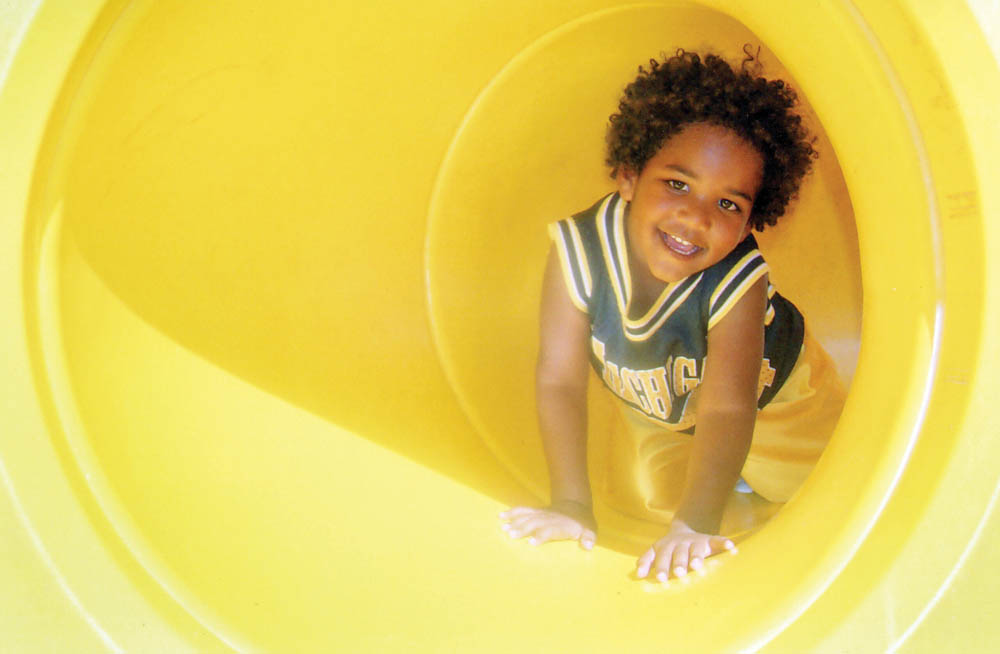 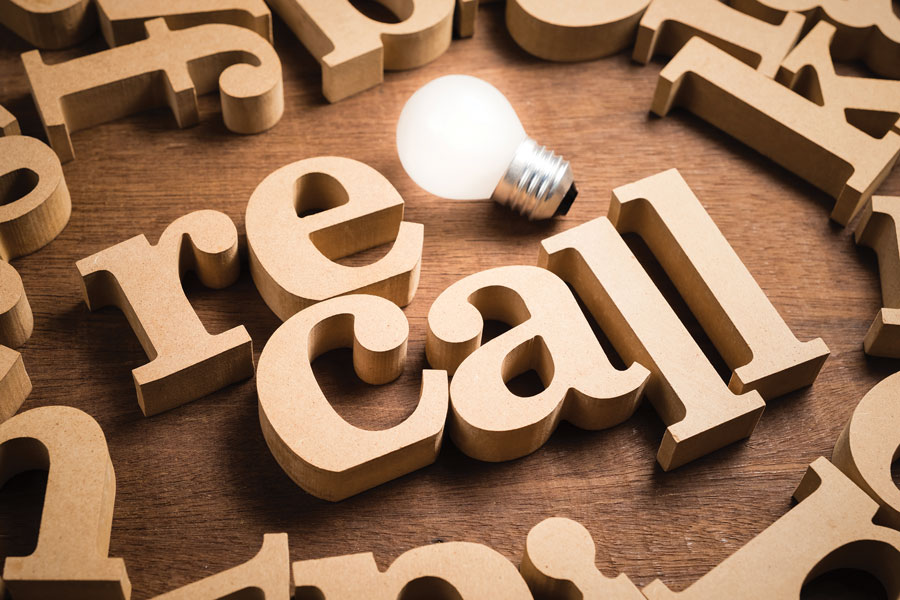