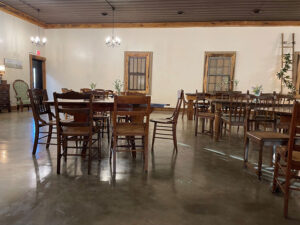 If you drop by Betty Jane’s Kitchen, don’t ask for Betty Jane because she doesn’t exist. In fact, the restaurant is named after and honors the many women who influenced owner Robin Trapp.

“Growing up, I was that little girl who went with grandma to church functions,” Robin says. The church ladies would sit her on the counter, where she watched and helped whenever asked. “Stir this, whisk that, smell this … that’s how I learned all the tricks of the trade from the ladies at church.”

Both of Robin’s grandmothers were named Betty, and Jane is named after Robin’s great aunt and a woman from church that she was close to. Robin didn’t attend culinary school, rather, she had hands-on training from the Bettys, Janes and other church ladies in her life.

The restaurant, located in Paris, Ill., had humble beginnings. It debuted at the local farmers market, and eventually moved into a small, 900-square-foot home. Robin purchased the house for one of her grandmothers to live, who was there a short time before passing. Robin then turned it into a commercial space and opened the bakery.

“I think the community turns you into what it wants you to be,” Robin says, who is a member of EnerStar Electric Cooperative. “We started out with coffees and a couple soups and sandwiches, but we were primarily desserts.” She started adding more lunch items as demand increased.

Betty Jane’s Kitchen quickly outgrew the space, and Robin decided she needed to buy something bigger. Her husband Steve talked her into looking at a vacant tire shop for the new location, and within a week, the papers were signed.

The old location closed May 2021 and the new one opened in November. The renovation of the 20,000-square-foot tire shop took 14 months to complete. Much of the construction was done by volunteers and Robin herself who learned carpentry from her grandfather.

The new location has many of the same features as the old one, only elevated. The large dining room is filled with an eclectic mix of dining room sets, many of which were donated by community members. There’s a coffee bar, display area for desserts, an industrial sized kitchen with a viewing area, craft shop, outdoor seating, drive-thru, an herb garden, and a reception hall.

“We wanted an area where people can visit with family and not feel rushed to leave, and now we have that space,” Robin says. “I want people to come and sit all day if they want, and we do have people who stay a long time.”

Everything on the menu is made in-house and from scratch, and the menu changes monthly. To view the current menu, go to the restaurant’s website or Facebook page.

Popular lunch items include Jane’s loaded salad, chicken salad, Hawaiian BBQ chicken wrap and the veggie wrap, which is a personal favorite of Robin’s. Favorite soups include potato and broccoli cheese, but you’ll only find soup on the menu during cold months.

Friday night, the only day of the week the restaurant is open in the evening, Robin’s brother comes in and grills, including items such as shrimp teriyaki and honey glazed chicken.

About six times a year, the restaurant holds a donut day. “At our old building, we had to contact the police every time because the line would be from our little house wrapped down the street past the high school and blocking traffic on the main highway.”

Robin says her customers are “donut crazy.” Some have even parked their cars in the drive-thru overnight to be first in line. They’ve gone out with donut holes to “bribe” customers to obey the rules of the road and not block business entrances.

The reason there are so few donut days is because Robin and her staff must be mentally and physically prepared. “I’m up 24 hours,” Robin says. “The dough is made from scratch, and I literally get blisters down the sides of my fingers cranking out so many donuts.”

The donut recipe, originally called fried dough, comes from Robin’s great, great grandmother. “She would make the dough, cut it off, fry it in oil and glaze them, and the family would have fried dough,” Robin explains. “I took the recipe and turned it into donuts.”

On the dessert menu, crowd favorites include the peanut butter pie, almond wedding cake, Key lime pie, coffee cake, cinnamon rolls, cookie sandwiches, strawberry cheesecake, banana bread, and the list goes on. Pumpkin muffins used to be seasonal but are now on the menu full-time due to popular demand.

Currently, special orders for desserts are only during the holidays, otherwise Robin fears she wouldn’t have any desserts during lunchtime.

“My favorite thing to do is watch the reactions when the desserts go out,” Robin says. “I feel like it is a treat. We don’t have a lot of treats anymore this day and age. If you can have a beautiful piece of dessert that you can sit and enjoy, then how awesome is that?” 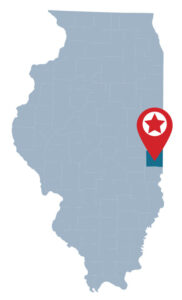