For 70 years, the National Rural Electric Cooperative Association (NRECA) has represented America’s electric co-ops, fighting to keep electricity affordable, reliable and safe, and improve the quality of life in rural America. But over the past half-century, the scope of its work has reached far beyond U.S. borders.

On Nov. 1, 1962, NRECA and the U.S. Agency for International Development (USAID) – then a relatively new federal agency set up “to assist people overseas struggling to make a better life” (and resist communist expansion) – formed a partnership to carry the successful U.S. electric cooperative model to distant lands. President John F. Kennedy witnessed the signing of the agreement where he stated, “…this contract holds special promise for those countries which have realized only a small fraction of their energy potential.”

In the ensuing 50 years, with the support of more than 300 NRECA member co-ops, including many from Illinois, NRECA International has spearheaded electrification projects that have resulted in increased agricultural productivity, millions of new jobs, and enhanced quality of life for more than 100 million people in 40-plus nations.

One of the first projects in the late 1960s took NRECA International experts-and later volunteers from Lenoir, N.C. based Blue Ridge Electric Membership Corporation to Santa Cruz, Bolivia, to form Cooperativa Rural de Electrification Ltda. CRE, as it is known, grew rapidly and has emerged as the world’s largest electric co-op, with more than 450,000 members. NRECA International remains in Bolivia and is in talks with Cochabamba Power and Light Company about line extension proposals to irrigate the isolated Cochabamba Valleys region. To date, at least 25 percent of the Bolivian distribution system development has been supported by NRECA International funding and expertise.

As NRECA International began branching out, it adopted a slogan: “Electrifying the world … one village at a time.” A 1977 pilot study in Bangladesh led to the establishment of 70 co-ops that now distribute power to 45 million rural residents.

When an NRECA International team arrived in the Philippines 40 years ago, 80 percent of the population lived in rural areas with less than 10 percent receiving central station electric service. Today, 78 percent of the South Pacific nation’s dwellings have power, and 119 rural co-ops now serve 40 million consumers.

Association of Illinois Electric Cooperatives employee Paul Dow has been to the Philippines, Haiti and Guatemala to help produce video documentaries on the International Program and the co-op employees that volunteer their services.

While in Haiti, Dow took follow-up video of advances made since the Haitian earthquake over a year ago. He went to Guatemala with co-op volunteers from Shelby and Adams Electric and took footage of the training taking place there. His most recent trip to the Philippines was to record NRECA involvement in that country over the past 40 years. Dow traveled to three electric cooperatives that were the Philippines “pioneers of electrification” in the 1970s. He also visited a fishing village that was electrified five years ago.

A number of other projects have been equally successful, points out Dan Waddle, Senior Vice President of NRECA International. “The four electric co-ops in Costa Rica represent approximately 15 percent of the total electric distribution market and cover roughly 40 percent of rural areas in that country. They are completely self-sustaining and have expanded the scope and range of their offerings. Costa Ricans are gung ho for democracy, so they really embrace co-ops.”

The four Costa Rican organizations, along with co-ops and rural municipal utilities in Chile, Brazil, Bolivia, the Dominican Republic and Guatemala, make up the Smart Grid Alliance, which aims to use large commercial and industrial accounts to demonstrate advanced metering infrastructure (AMI). AMI is a comprehensive set of technologies and software applications that combine two-way communications with smart meters to provide electric utilities-using frequent meter reads-with near real-time oversight of system operations. Through the alliance, American co-ops will be able to share smart grid technology, experiences, and best practices.

“It’s a rare opportunity for these participants,” Waddle asserts. “They don’t have access to distribution automation technology like we do. They’re small, they’re rural, and vendors don’t visit them very often except to sell products. They seldom have the opportunity for real exchange.”

Leading the charge from Virginia

Waddle leads a staff of 14 from NRECA’s headquarters in Arlington, Va. Five reside in the countries they are responsible for – Guatemala, Bolivia, Dominican Republic/Haiti, South Sudan and Bangladesh.

“Transformers and bucket trucks are especially valuable and are always in demand,” stresses Ingrid Hunsicker, NRECA International Foundation Senior Program Manager. “Co-op employees can give to the Foundation through the United Co-op Appeal ‘Gift of Light’ program, an annual workplace fundraising campaign handled by the Cooperative Development Foundation.”

From Pakistan to Guatemala to the Philippines and Haiti, Illinois supporters of the NRECA International Foundation have donated time, materials and volunteers to the effort. Every volunteer has come back with amazing stories to tell.

Ken Macken, Association of Illinois Electric Cooperatives Manager of Safety and Loss Control, spent three weeks in Islamabad, Pakistan for NRECA International working as a consultant with the International Resource Group to assess and analyze the safety and training program at the eight distribution companies in Pakistan. Macken traveled throughout the country and visited four of the eight power companies and made contact with key officials who oversee the training programs within those companies.

Through an interpreter, Macken was able to speak to several groups of trainers about the importance of grounding and wearing the proper safety equipment to do their work. “I was amazed and humbled by just how little the Pakistani linemen have to safely do their work,” said Macken. He said he loved the opportunity to travel to Pakistan and made several new friends on his trip.

Shelby Electric Cooperative and Adams Electric Cooperative both donated trucks, which were sent to electric co-ops in Guatemala. The Shelby Electric truck went to Huehuetenango and the Adams truck to San Pedro. In 2011, the CEOs of both co-ops, Jim Coleman and Jim Thompson, volunteered on a training trip to Guatemala. Then in August, Coleman returned to Guatemala along with Mike Olson, Line Foreman at Adams Electric, and Craig Atteberry, Fleet Manager at Shelby Electric, to put the vehicles into service and train the employees in grounding and digging. Coleman and three Shelby Electric employees were also in Haiti in February to assist in rebuilding efforts.

Bill Fields, a journeyman lineman for Norris Electric Cooperative, recently spent three weeks in Caracol, Haiti where he helped to put up electric poles and lines in an area that had previously never had electricity. Field’s trip was part of the Caracol Community Electrification Program implemented by the NRECA, with support from the US Agency for International Development (USAID) and the NRECA International Foundation. The program is increasing access to electricity in the Caracol area in northern Haiti by designing and constructing a new distribution network and installing service drops for 1,800 members.

Fields was humbled by how very little the people have. “The kids had nothing but were still happy and had a smile on their faces,” said Fields. “The poorest person you know would be rich down there. They are a very proud people and have a very clean image. They came to work with freshly washed clothes each day, even though they had to wash them by hand.”

While in Caracol, Fields helped train local linemen, who had no previous training. He instructed them in the basics like how to climb poles and install electric lines. The only available digger truck was broken so they couldn’t dig any holes. Fields says, “The craziest thing was that they hired locals from the village to dig the holes by hand. They used a piece of rebar and a pie pan to dig those holes, and only got $5 US to do it, but everyone wanted that work. Another guy was doing the tree trimming, in just a pair of shorts, no shirt or shoes, by climbing the trees and hanging onto the limbs and lopping off the branches with a machete. He was only making pennies for that job.”

Fields said it was the hardest work he’s ever done and he’s been in the Marine Corps as well as lineman climbing school. Conditions were hard with a 107-degree heat index each day and it was hard to stay hydrated. In addition, the poles were extremely hard and after slipping down them a few times, he and the other two linemen sharpened their gaffs with a file and that made all the difference. Fields also spent the first week without his luggage, which included his tools. When the luggage finally arrived it was full of fire ants. Even though it was tough, he said it was well worth it and so rewarding.
“Everybody needs to go,” said Fields. “It would really open up their perspective. People in this country don’t realize what they have. The Haitians just have no opportunity and they are so happy and grateful for our help. Being there is good for the soul. It made me even more grateful for my family, especially my wife and two children.”

The road ahead is hard and dangerous

As NRECA International embarks on its next 50 years, an enormous new mission has arisen in South Asia and Africa.

“We’ve already picked the low-hanging fruit,” Waddle comments. “For example, rural Bangladeshis live in densely packed villages, where sufficient revenue exists per mile of line to support a utility. That’s not the case elsewhere. In Uganda, only nine percent of the population has access to electricity, and in rural areas, it’s much lower. On top of that, few people have the ability to pay for it.”

Of course, social upheaval, economic instability, and physical danger have always lurked on the periphery of NRECA International endeavors. But its dedicated contingent has never let that get in the way. They’ve negotiated with government officials, unearthed financial resources, and made sure indigenous workers and American electric co-op volunteers stay safe.

As he looks five years out, Waddle expects that Africa and South Asia will occupy much of his section’s attention. Pakistani utilities, he explains, “must improve rural line design and construction standards, and invest in new technology. Most Pakistanis have central station power, but the distribution system is old and outdated.”

Africa likely will present the greatest challenge of all. “The needs on the continent are immense, and the situation is grim. There are two key issues: food security and water. Electricity plays a big role in both.” 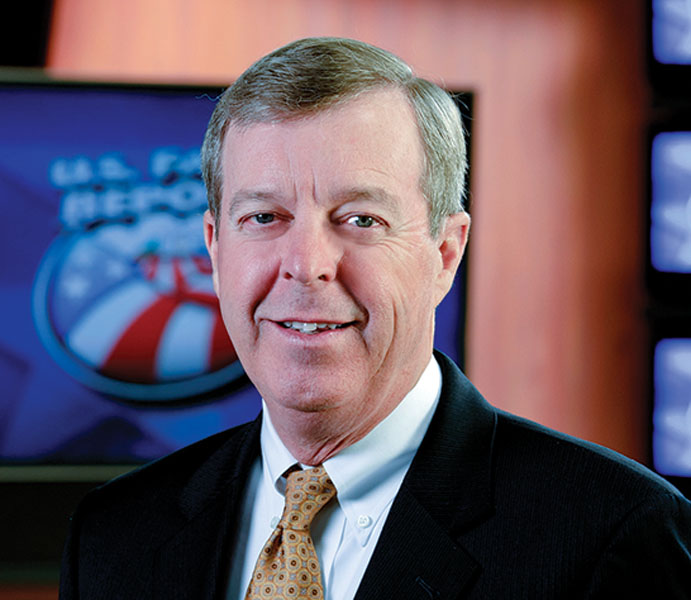 A time for co-ops 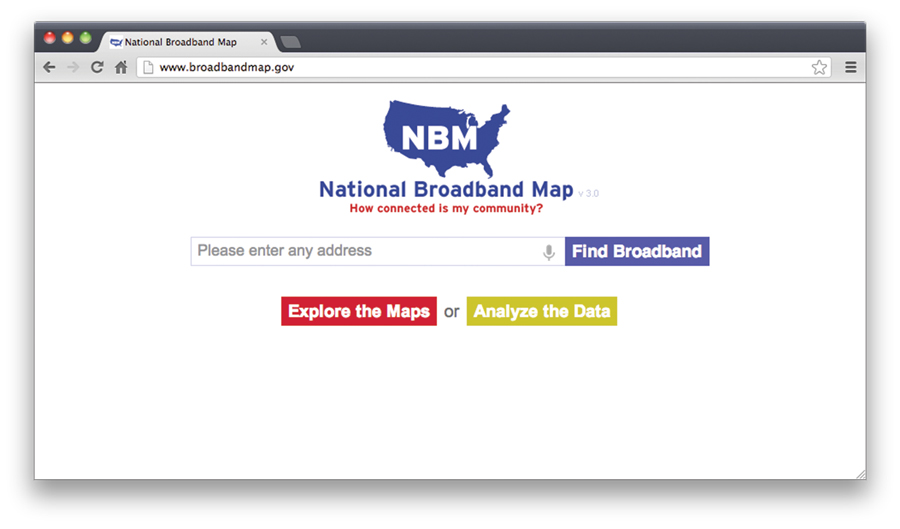 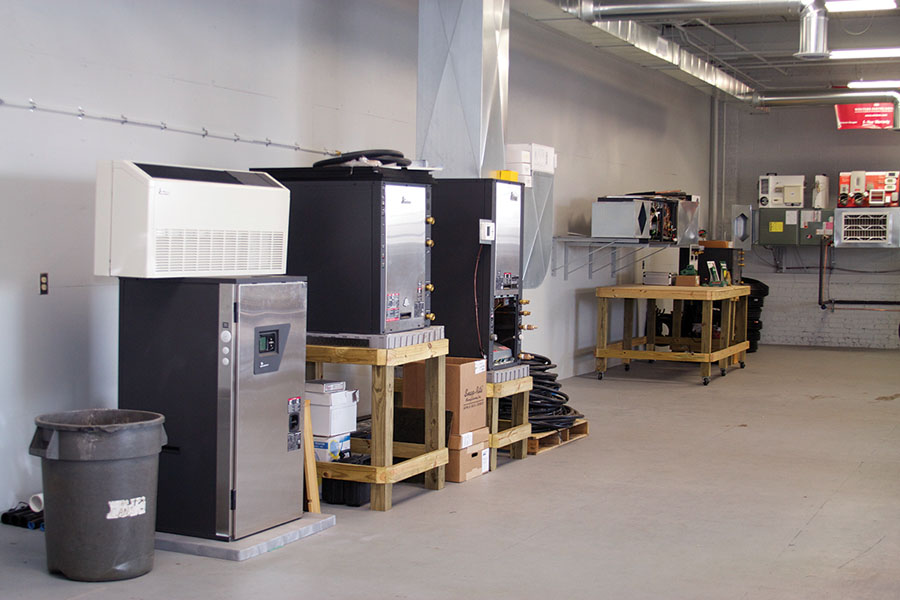