Jodi Allen can probably credit her grandfather with her love of baking. Beginning in her preteen years, he would find recipes and ask her to bake them. And so it began. 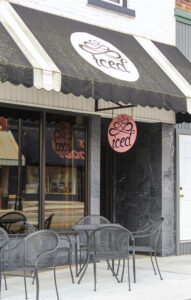 Iced, in downtown Shelbyville, is owned by Jodi and husband Rick, Shelby Electric Cooperative members. It is Jodi’s love of baking that prompted Rick to suggest they purchase the decrepit Main Street storefront and turn it into a bakery.

“It was a total gut job,” Jodi says. “We purchased the building in October and opened in June.” During the renovation, Jodi studied for her food service license and learned all she could about setting up a commercial kitchen. Her degree in accounting helps with the business end of things. 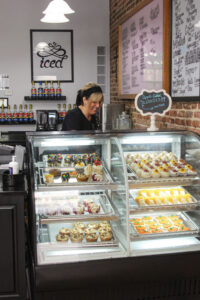 A self-admitted perfectionist, Jodi says she wants everything to have a certain look and taste and has had to adjust to everyone not always having the same work ethic. “I was brought up to work hard and not stand around,” she explains. “I keep busy and have a little bit of a hard time letting go.”

She arrives early every morning to start cooking and baking. Jodi and daughter Kearah do most of the baking and they recently added another baker.

Iced is known for its daily cheesecake specials. Some of the unexpected flavors have turned out to be the most in demand. “Our cinnamon roll cheesecake is probably our most popular,” says Jodi. “But, sometimes the weirder the better – like our maple bacon cheesecake.”

Varieties include candy bar, apple cider, s’mores and even cotton candy – a summertime favorite. Jodi explains it is topped with cotton candy mousse that is swirled in shades of pink, blue and purple and tastes just like its namesake. 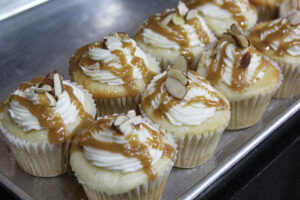 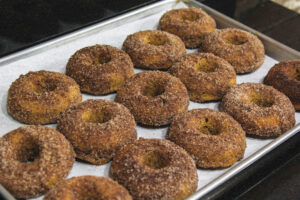 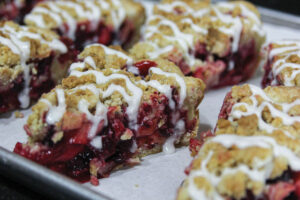 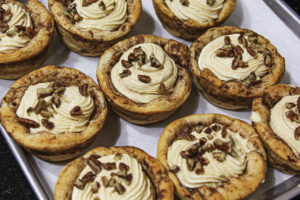 During the year, flavors change to suit the season. “During spring and summer, we do more fruity flavors, but in the fall we switch to pumpkin, caramel apple and the spices people love,” she explains. “At Christmas, we get into peppermint, but our favorite time is Valentine’s Day. It is our busiest two days of the year.”

What is so special about Valentine’s? Iced fills its case and takes orders for chocolate dipped strawberries and a variety of red, chocolate and/or heart-shaped grab-and-go desserts like red velvet cupcakes, chocolate Ding Dongs, heart-shaped chocolate-covered cookie dough and cake balls. The New York-style or chocolate cheesecake for two topped with a dipped strawberry is a favorite. Iced does three weeks of business in those two days.

However, it is known for more than just sweet stuff. It also serves lunch including paninis, salads and a daily special – all made from scratch.

Salads are also popular, especially the seasonal strawberry salad with strawberries, apples, oranges, bacon and pecans with a mango vinaigrette. You can also order a half and half with your choice of a panini, salad or homemade soup.

Homemade chicken and noodles with authentic mashed potatoes and freshly baked bread is a popular lunch special. Other days you can find items such as chicken lasagna with garlic bread, bacon wrapped meatloaf, pork roast or cheesy chicken enchiladas, to name just a few.

To wash it all down, Iced has a variety of hot or iced coffee or tea drinks, chai, flavored lemonades and fruit smoothies. During fall, apple cider slushies are popular. 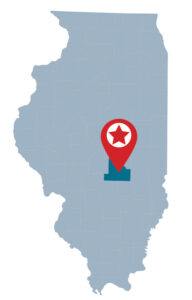 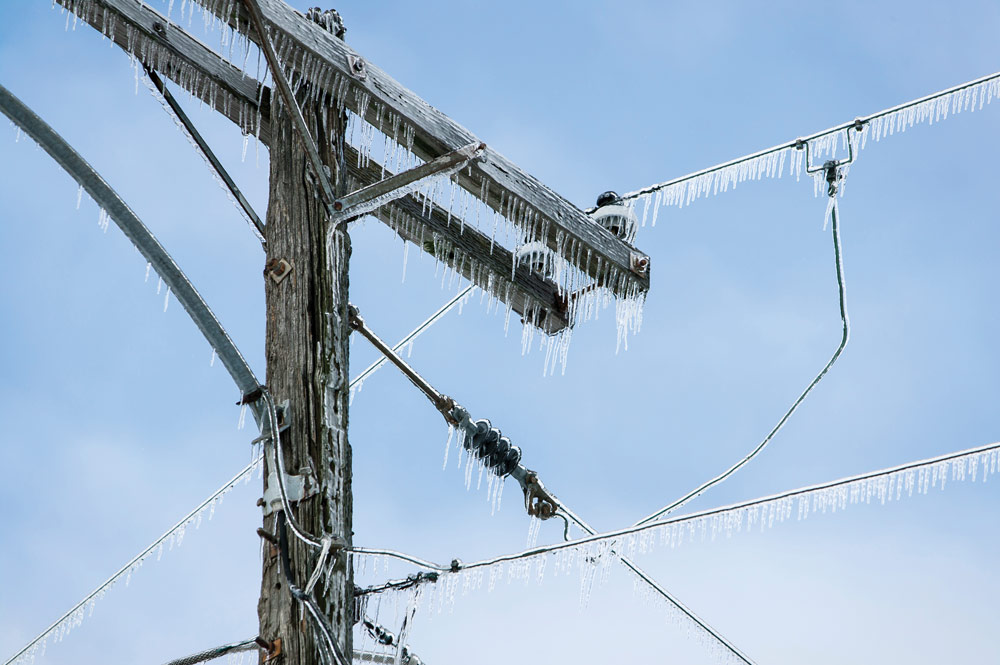 Empower yourself when the lights go off 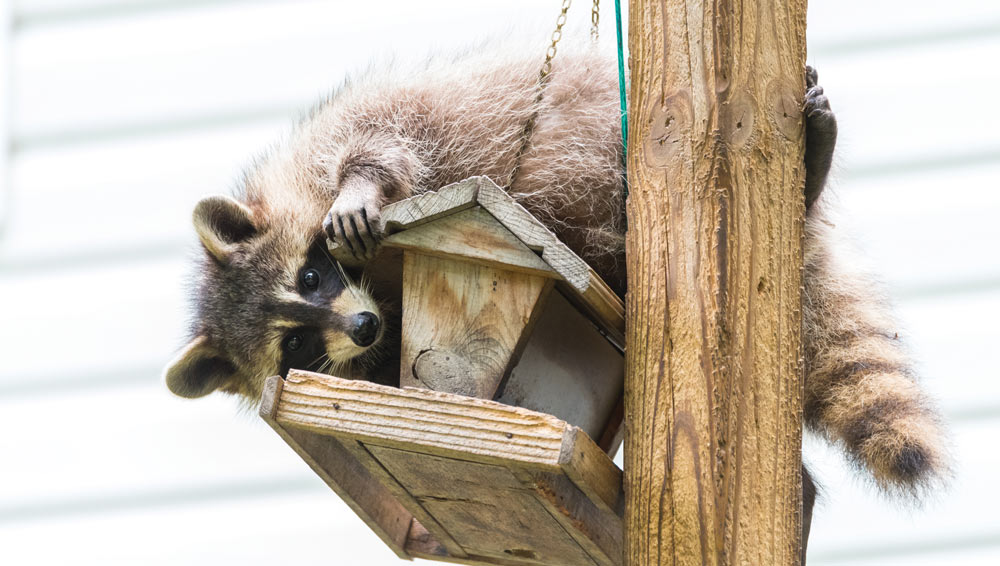 When critters become a nuisance 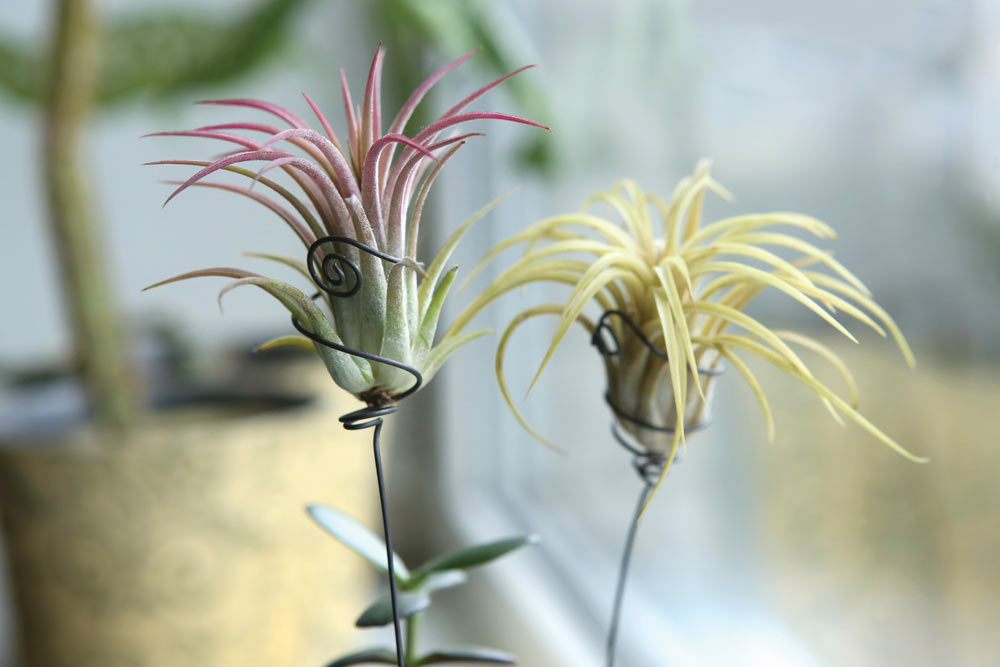