Brian Holliday has learned to allow extra time for any errand he runs in his new vehicle. Whether it is a quick trip to the grocery store in his Fayette County community of Vandalia or a visit to a favorite restaurant in Belleville or Effingham, he has started leaving time to answer questions.

It happens every time he drives his new truck. Every single time.

“People are fascinated with it. The first thing they ask is, ‘What is it?’” the junior high school assistant says, relaying the normal conversation.

“Then they ask me where it’s made. ‘China?’ Then I tell them they are made just up the road in Normal, Ill.,” he adds.

Holliday is what many would call an “early adopter.” A fan of new technology, he is one of the first people in the nation (and definitely one of the first in downstate Illinois) to own an R1T – one of two models of completely American-made electric vehicles produced in the Prairie State by Rivian. His experience mirrors that of other Rivian owners.

Jon Haeme lives near Kempton in northern Ford County. He gets the same reaction.

“If I go shopping in Kankakee or Pontiac, people will come up to me in the parking lot and ask me what it is and where it is made. I tell them it is from right down the road,” he says. “It’s funny because people have no idea about Rivian, but then they are all excited and want to get a good look at it.”

Haeme says his truck – among the first 2,000 produced in McClean County – often is the center of attention.

“It’s not that I really want [the attention], but it’s fine. I like talking to people,” he adds.

Lots of people have been talking about Rivian, and the manufacturer has gained lots of attention since the R1T became the first all-electric consumer pickup truck available in the U.S. Founded by now 39-year-old mechanical engineer, car enthusiast and environmentalist Robert “R.J.” Scaringe in 2009 as Mainstream Motors, the company first focused on electric, autonomous cars.

By early 2017, focus shifted away from automobiles to SUVs and trucks, and the company, since renamed Rivian, purchased the former Mitsubishi auto plant in Normal to be its manufacturing hub. A year later, it unveiled vehicles at the Los Angeles Auto Show in 2018. Production was set to begin in 2020. Almost immediately, consumers were interested.

Haeme was one of them. He says he had always wanted an electric vehicle and was initially interested in the better-known Tesla. “I had always said to myself, if they would just come out with a truck, I’d go for it, because I use a truck all of the time,” he recalls. “When Rivian said they were going to be the first to come out with a truck, I was in. The fact that they were building them in Normal was the icing on the cake.”

It was news of the nearby manufacturing facility that introduced Haeme to the company. “I found their website and signed up to get notifications and announcements from Rivian. When they said in November 2018 that you could put a deposit down and preorder a truck, I jumped on it and did it the very first day – even before they showed the truck at the L.A. Auto Show,” he says.

Haeme’s order landed in Rivian’s inbox not long before an order from Kyle Shultz of Springfield.

“I had a buddy who had a Tesla, and I had ridden in it. I was doing some research on them, and then I saw Scaringe do the big reveal at the L.A. Auto Show on YouTube. I actually preordered one the next day,” he says.

Shultz admits he acted on a whim. “It was a $1,000 refundable deposit,” he recalls. “The fine print was that they weren’t necessarily going to use it to build anything; it was just to hold your place in line, and if they didn’t manufacture, you’d get it back. I didn’t think they’d make it because I knew how hard it was to reach production.”

He says the more he followed the company’s efforts to bring the electric trucks to market, the more excited he became. “Captivated” is the way he remembers feeling. In fact, Shultz, a self-proclaimed “tech guy,” was so taken with Rivian, he started a podcast all about the company. The podcast, called Rivian Stories, morphed into a YouTube channel and a website (rivianstories.com).

Shultz became what he calls a “fanboy,” not only of the vehicles but of the company itself, even before he owned one. Now he is recognized for his leadership role in what many refer to as “the Rivian community.” He says it is a group of “big boys with toys.”

“It’s people like me – those in their 30s to 60s who don’t necessarily love cars, but they love adventure; people who love the outdoors, who love performance and technology.”

It’s that technology that has drawn attention. “It’s the most remarkable pickup truck we’ve ever driven,” wrote editors of MotorTrend magazine when the publication named the R1T its 2022 Truck of the Year. “The Rivian R1T would win praise if it were merely a credible pickup truck that is also an electric vehicle, but it’s far more,” the magazine continued.

Shultz explains, “When people think of electric vehicles, they think of something slow without any power – something wimpy. These Rivians, when you see one in person, have an amazing stance and size, but beyond that, the performance is just mind-blowing.”

Pop the hood on a Rivian truck. You will not find a traditional motor, nor will you discover the electric components. This compartment is strictly for storage. Instead of a single motor, the truck features four electric motors – one at each wheel. Each of them produces upward of 415 horsepower, allowing Rivian to offer eight driving modes on all terrains.

“It’s really three cars in one. There’s an all-purpose drive where it handles more like a luxury SUV, but then you switch to sport mode and the suspension and steering are stiffer and the throttle is mapped more aggressively. It will corner like a Ferrari, only you can accelerate more quickly than in a sports car,” Shultz says.

He is not exaggerating. Rivian claims its truck will go from zero to 60 mph in three seconds – perhaps the quickest acceleration of any production vehicle in the world.

“It’s basically a sports car and a truck all wrapped up in one vehicle,” Holliday says. “It can do all kinds of crazy things, and it can do whatever you want. It’s something else.”

The truck also has an off-road mode. “You are on an air suspension, so it raises you up to 15 inches of ground clearance, and it can send any extra power to any of the wheels since they all have their own motor. “You just have an unbelievable advantage in any kind of off-roading, because you have all kinds of power and torque to go wherever you want whenever you need it,” Schultz adds.

Haeme says he bought his Rivian for errands and working around his property, not for hill climbing or performance, yet he appreciates its abilities. “When you drive it, it is so quiet, but it has instant torque. It’s the fastest vehicle I have ever owned. I didn’t buy it for that reason, but it is pretty cool. I mean, it gives you butterflies when you punch it.”

The trucks are not only about performance, though. Creature comforts abound.

“There are just dozens and dozens of details that make for a special owner experience – the lifestyle, the feel, the textures, the user interface, everything. It just checks all of the boxes,” says Shultz.

He adds that technology and electronics are “light years ahead of any other car.” For him, “It’s like an iPod on wheels,” and he says it is worth waiting for.

Sometimes the wait for a Rivian is lengthy. Like with any startup company, production complications and supply chain issues delayed the delivery of many vehicles. Rivian reports that they have delivered 15,332 vehicles as of the end of September 2022. Newspaper accounts indicate the company now has orders for 200,000 vehicles.

Haeme had to wait for more than three years to get his Rivian. “Oh my gosh, though, it was worth the wait,” he says. “I absolutely love it.”

He says the cost of his truck – one of the first 2,000 built by the company – was comparable to a nonelectric pickup truck.

Schultz had to wait longer than other Rivian buyers – measured in years rather than months – because he chose the R1S, an SUV built on the same platform as the truck. He was among the first five people in the world to purchase an R1S.

Holliday’s wait was not as long. He drove to Normal to pick up his truck at the factory less than a year after he ordered it. Rivian gives Midwestern buyers the option of having their vehicles brought to them or they can take delivery at the plant – many choose this option. Rivians are purchased online or through a smartphone app; they do not have a network of dealers.

“It was a great process,” Holliday recalls. “They showed me around the factory and took me on a test drive, then we were all set.”

The fact that the trucks are produced nearby is a selling point for many of Rivian’s Illinois customers. While the company will not release the number of vehicles sold in the state, it is certainly growing, as is the production facility. The 2.6-million-square-foot plant (some of which is powered by the local electric cooperative, Corn Belt Energy) includes a paint shop, robotics, stamping machines and other production equipment and employs more than 3,000 people in Normal, along with thousands more at their California headquarters and Michigan research and design facility. The company recently told The Pantagraph newspaper that it was expanding its central Illinois footprint.

“We’re adding on to the west side of our manufacturing plant, growing our production and warehousing footprint by 650,000 square feet, soon,” Maura Freeman, plant communications coordinator for Rivian, told the Bloomington-Normal newspaper. “It’s an exciting time in Normal as we continue to grow and deliver vehicles all over the country.”

The growing company has indicated that they also have plans for a new 500,000-square-foot warehouse expansion to be built about 6 miles from the manufacturing facility.

“Rivian was initially drawn to the former Mitsubishi factory in Normal by the liquidation sale of equipment from the plant,” recalls Senior Manager of Plant Communications Zach Dietmeier. “Upon arrival, the charm, intelligence and energy of the surrounding community aligned extremely well with our company values. We saw a home for our manufacturing in which we could scale and thrive.

“The central location and proximity to advanced logistics allow regional suppliers to lean into Rivian. Our location and focus unlock supply relationships. Next, the transportation possibilities of rail, highway and shipping hubs allow for quick and efficient distribution around the nation and globally. Last (but certainly not least), the central location within reach of Chicago, St. Louis and Indianapolis attracts talented workers from across the Midwest.”

Illinois appealed to Rivian, and Rivians appeal to Illinoisans, as well as people across the country.

“The market is a little bit of everyone,” says Schultz. “It’s not just people worried about climate change. It’s way more than that; it’s just people who see the value of what Rivian is doing and where it is going.” 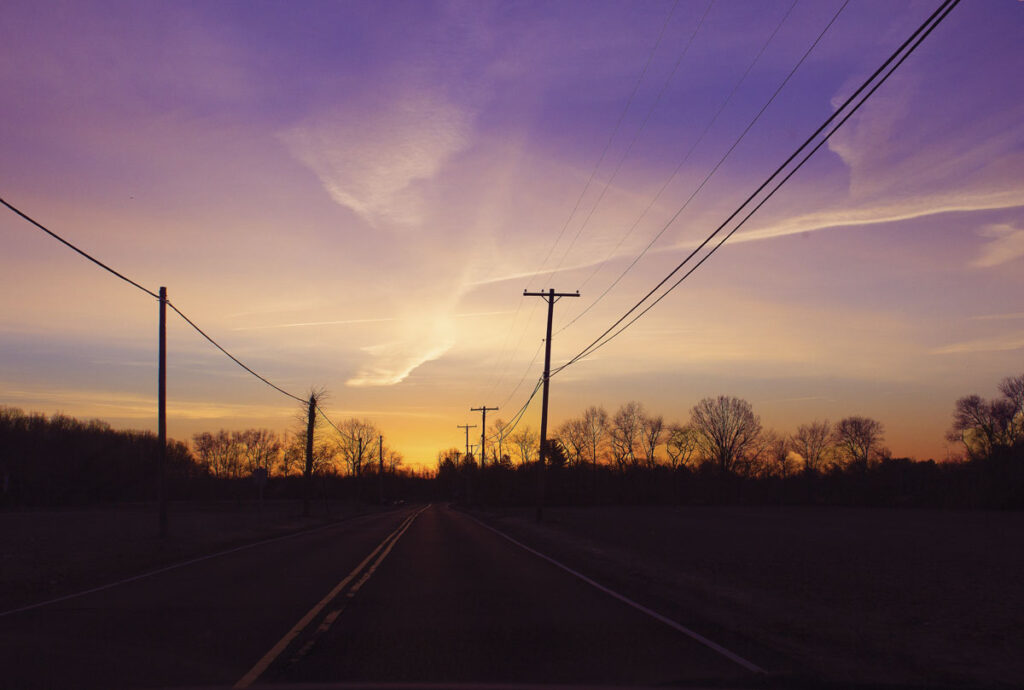 Hermetz elected to CRC’s board of directors 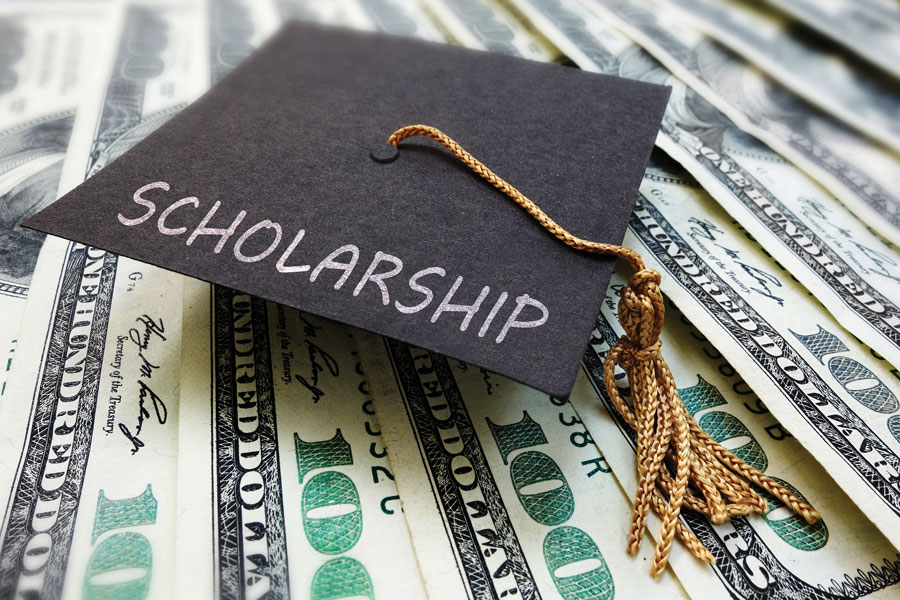 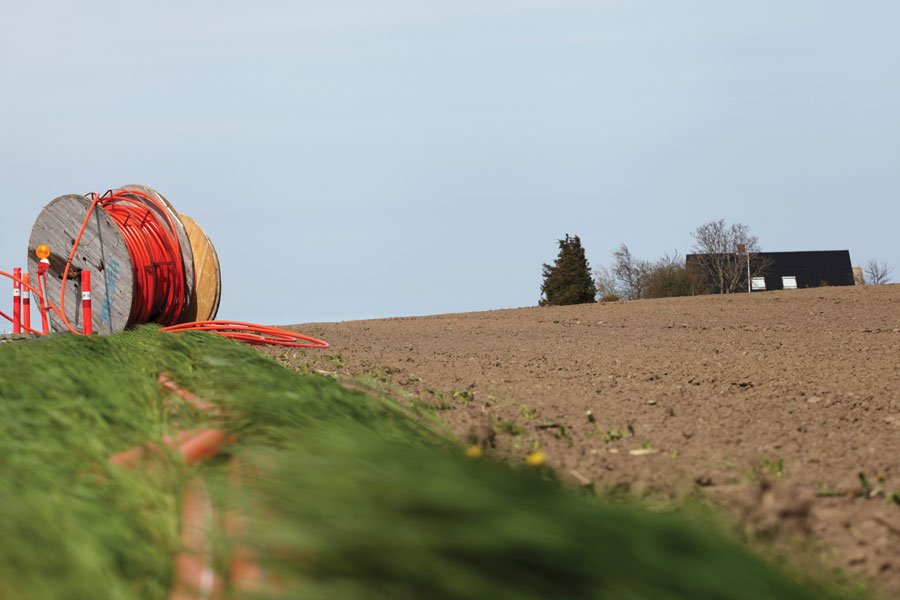