It would be incorrect to call Louie’s P&R Italian Market a grocery. Likewise, “restaurant” does not adequately describe the longtime Williamson County establishment. Nor does the term deli fit.

Louie’s P&R, as it is known, is all the above and more. Simply put, the business is a Herrin, Ill. icon – a connection and reminder of the community’s Italian heritage.

“Our Italian heritage speaks for itself in a lot of ways in Herrin,” Mayor Steve Frattini says. “Louie’s helps personify that because of the selection of Italian products. The market certainly is helping.”

The iconic nature of Louie’s P&R is not lost on the business’ owners, Aaron and Julie Christ, who have not only embraced the market’s history, qualities and role in the community, but also have enhanced it.

Both area natives spent 20 years living in St. Louis prior to returning to southern Illinois. The Christs then purchased Louie’s P&R from the Gauldoni family, who operated the market for more than 60 years. However, the establishment’s history goes back much further.

The business first opened in the 1890s as a meat market and butcher shop and was originally known as D&R Market. A change in ownership led to a change in name to P&R in 1950. Gualdoni bought the market in 1957, amending the name again to Louie’s P&R.

Regardless of its name changes, visits to the market are a tradition that spans generations.

“We are a bustling market,” Julie explains. “We have groceries on the shelves, we are a meat market, and we have a deli with a dine-in area.”

The Christs have refined the market’s focus and product line in recent years. During their time in St. Louis, the couple fell in love with the shops, delis and markets of “The Hill,” a Gateway City neighborhood rich in Italian heritage. 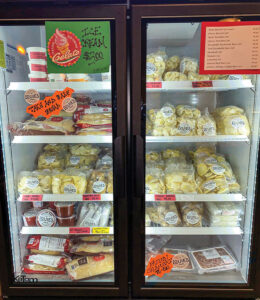 “We’ve tried to bring that same feel here. Instead of just being a deli or a place for lunch, we want to be more. That’s why we have added the freezer case full of ravioli, tortellini and other pastas. We’re trying to expand while keeping all of the traditional things that have always been here,” she says.

Don’t expect aisles and aisles of grocery products such as milk and eggs. The market limits itself to Italian ingredients, pastas, olive oils, sauces, cheeses and other items like seasonings and rubs for grilling.

“We have a lot of grilling meats like bacon, steaks and chops and, of course, our sausages,” Julie says.

Yes, it is the sausage that brings people into Louie’s P&R. Staff members freshly grind a number of sausage products on site. Aaron says the recipes and techniques are generations-old and have stood the test of time.

“Sausages are handmade here several times each week,” Julie says. “We make them in four or five different flavors, and we are probably best known for our salameat, which is a garlicy sausage that has been made here for more than 50 years. We still make it fresh every Wednesday.”

Other popular items include the hot beef sandwich, Italian beef and pastas ready for grab-and-go customers to prepare at home. 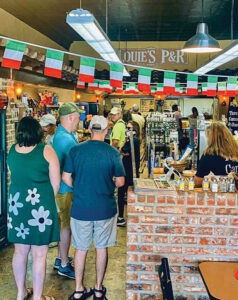 Louie’s P&R is a popular spot for lunch. Diners can choose from a variety of salad and sandwich offerings. The hot salami sandwiches, prepared Saturday mornings, always lead to a line of customers, often as deep as the market itself. That’s part of the appeal, Aaron says.

“Most people don’t mind to wait in line. We’re a meeting place where people talk about the community, their families and kids,” he explains.

Community is the attraction. For a city proud of its heritage – the annual HerrinFesta Italiana is one of the region’s largest community-based celebrations – Louie’s P&R is the epicenter of Italian tradition in the city of 12,000, as well as a pillar of the community.

“I think we are involved in all of the clubs and activities in town, and that’s a huge draw for people because there is a sense of community. We are all here to help each other,” Aaron says, adding he understands the legacy of Louie’s P&R.

“When you come in, you’re definitely going to feel the 120 years of heritage and history here,” Aaron stresses. “It has a small-town feel, but we’ve also heard from many who say it’s like something they would expect to see on The Hill in St. Louis or even a deli in New York City.”

Yet, there is no denying that Louie’s P&R is a Herrin landmark – one that the Christs and local residents treasure.

“It is a bright and shining star in our community,” Frattini adds. “Louie’s P&R has been a long-time favorite of mine, and it will remain that way for years to come.”

The Christs appreciate the opportunity to serve both great food and the community.

“We are having so much fun,” Julie says. “The response we get from the region is amazing. It is crazy how much love people have for this place.” 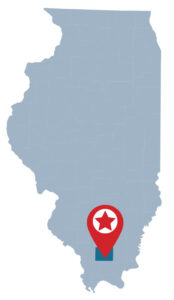 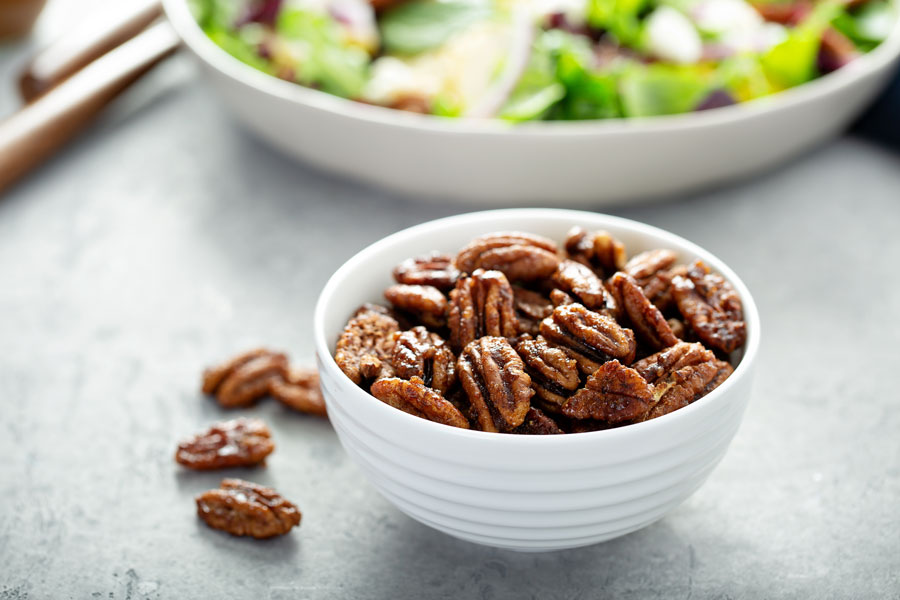 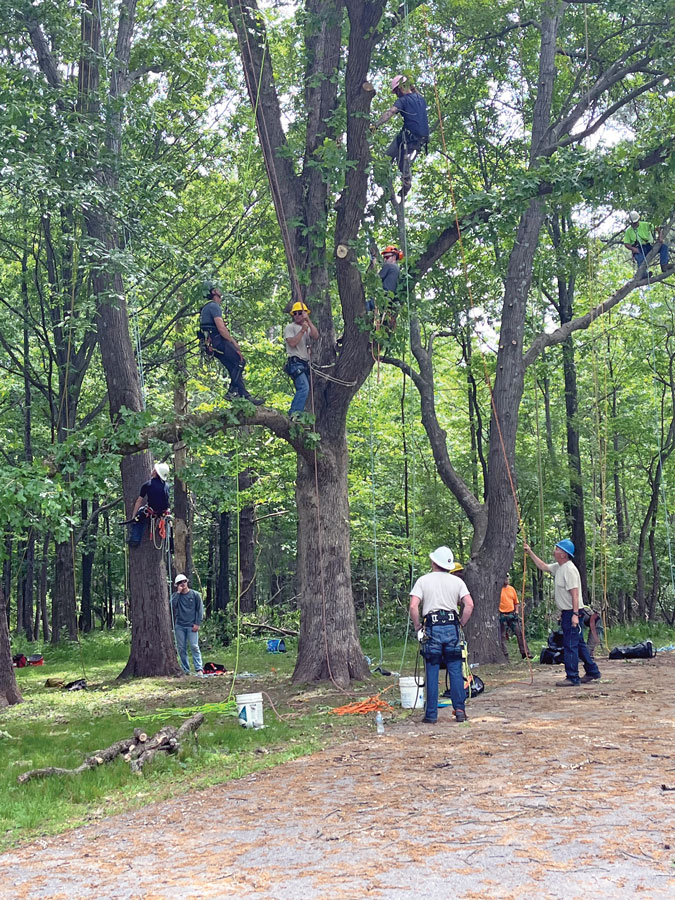 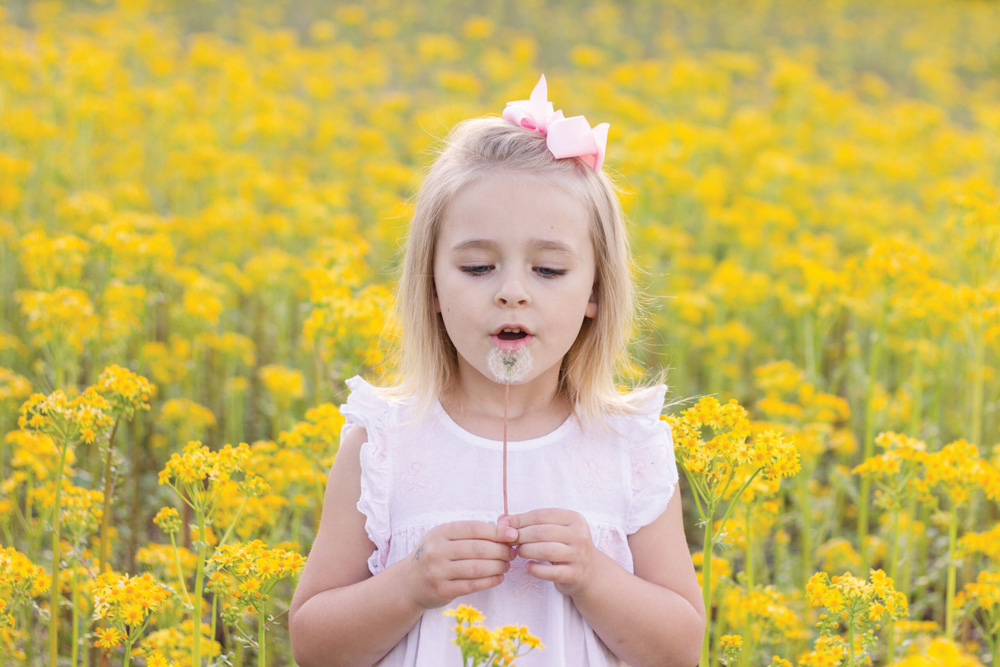