Power from the earth

Surveying the future of Illinois coal

With the flick of a fingertip, we brighten a room by flipping on a light switch. Feeling a sudden chill, we bump the thermostat and instantly our furnace responds with warm air. We even charge our computers, phones and – in some cases – our automobiles by plugging them into electrical outlets in our office, home or garage. Without fail, all of these things happen without hesitation and without as much of a thought as to where the energy for all of these uses, and thousands more, actually originates.

For nearly half of all Illinoisans, the electricity that powers our homes, workplaces and much of our lives comes from underground in the form of coal.

The history of Illinois coal is as deep as some of the 24 active mines in the state. European explorers first discovered coal in North America along the Illinois River in 1673. The U.S. Energy Information Administration reports that the coal reserves of the state account for about one-eighth of all recoverable coal reserves at producing mines in the nation and coal underlies roughly two-thirds of the state.

Today, coal is mined in 14 Illinois counties – mostly in the southern portion of the state – and the Illinois coal industry approaches one billion dollars of economic impact annually. More than 42 percent of the electricity supplied to Illinois users in a year comes from coal-fired power. The Illinois Coal Association says that about 4,000 people are employed by Illinois mines. However, that number, along with about every other statistic related to the Illinois coal industry, used to be larger.

“When amendments were made to the Clean Air Act in 1990, we as a state produced about 60 million tons of coal and had 10,000 employees,” recalls Phil Gonet, president of the Illinois Coal Association. He said increased federal regulation, including those more-stringent EPA regulations of 25 years ago as well as others which have followed, have caused many coal-fired plants which used to burn Illinois coal to switch to coal from Wyoming and other western states. This Wyoming coal has a lower sulfur content and therefore meets regulations without the large investment in what are called scrubbers. “We’ve lost about one-third of the Illinois coal workforce,” he says.

In order to continue to burn Illinois coal electric co-ops and some other utilities added scrubbers in order to stay within federal guidelines. Many other utilities within the state switched to low-sulfur Wyoming coal and avoided installing expensive emission-control systems.

“The challenge for the coal industry is environmental regulation,” explains Don Gulley, President/CEO of Southern Illinois Power Cooperative. “We are a very capital-intensive industry and some of the decisions we make are 20- and 30-year decisions, yet regulations can change every four or eight years.”

Southern Illinois Power Cooperative (SIPC) is a coal-burning electric generation plant, located on Lake of Egypt south of Marion, which provides wholesale electric generation and transmission to seven rural electric cooperatives in the area south of Interstate 64. Gulley says the plant burns about a million tons of Illinois coal annually in two units fit with sulfur reducing technology. These scrubbers and the design of the two units allows SIPC to use locally-mined coal.

Even with plants like SIPC and Prairie State Energy Campus, located near Marissa, using Illinois coal, a majority of what is mined in the state is shipped elsewhere. “We’ve had to find other markets,” Gonet says. “We ship a lot up the Ohio River to Indiana, Ohio and Kentucky and we send a lot down the Mississippi to Florida and the rest of the Southeast.” Much Illinois coal, he adds, is shipped overseas, particularly to China and India, two “coal hungry” nations.

However, Gonet says he is optimistic that a moderating of new federal regulations could lead to increased coal production and benefit many smaller mining communities that rely on the industry for jobs.

“Take for example, Franklin County in Southern Illinois,” he says. “It was the leading coal county in the state and then went without a coal mine for 10 years. At one time, almost everyone there had something to do with coal, and when the mines shut down, you saw people leaving and going other places for jobs.”

The county is doing better now, says Rick Litton, Executive Director of the Franklin County Economic Development Corp. “Coal built our county,” he explains. “At one time, the economy was wealthy with employment resulting from the mines, but it really fell off.”

Litton says the county now has two active mines and that’s a boost to the area. “Coal jobs are good, well-paying jobs; probably some of the better-paying jobs in our county. When the mines slow, it has a domino effect on everything else from restaurants to service industries. Coal is very important to Franklin County.”

Litton estimates the county’s two mines employee 300 to 500 people, plus he says there are more than two dozen coal-related businesses in the county that provide equipment and services to the mine.

Litton, Gonet and others both in and out of the coal industry keep a close eye on jobs and the regulations that impact mining. No group, however, is more anxious about the future of coal than the miners themselves.

“Guys are concerned about the future, wondering if it will last. They’re always worried,” says Dennis Trinkle of Pinkneyville who works underground at Peabody’s Gateway mine near Coulterville. He is wary of increased regulation. “If you shut down coal in America, you haven’t solved the pollution issue. China and India burn 80 percent of coal and they don’t use scrubbers at all. There’s lots of misunderstanding and fear.”

Many industry leaders hope that Illinois coal has a bright future. They point to Prairie State Energy Campus as a perfect example of making coal both a sustainable and secure source of energy. Prairie State generates 1,600 megawatts of power for more than two million families across the Midwest. The facility is owned by municipalities and electric cooperatives. Started in 2012, Prairie State uses what is called supercritical boiler technology to burn Illinois coal under higher pressure and with higher temperatures than most coal-fired generating plants. The result is a higher efficiency and 15 percent greater energy output. The coal is mined at the same site, further increasing efficiency and reducing cost.

“That helps us keep our costs low,” says Don Gaston, president and CEO of Prairie State. “This is one of the most advanced coal-fired plants in the country with state-of-the-art environmental controls. We are prepared for very tough environmental regulations going forward.”

“I hope that Prairie State can prove that coal has a future,” he continues. “We can burn Illinois coal and be competitive in the market. I believe that we are a role model on how to operate a coal plant for the next 30 to 40 years.”

Researchers at the Illinois Sustainable Technology Center at the University of Illinois are looking at ways to ensure coal’s place in the coming decades by finding ways to not only reduce emissions, but to capture and utilize carbon dioxide from burning coal. Tomasz Wiltowski and others at Southern Illinois University’s Advanced Coal and Energy Research Center are doing similar work, looking for ways to make coal easier to mine, cleaner to burn and especially finding other possibilities for its utilization.

“When I find another use for coal that is environmentally acceptable, then mining will (survive),” he told the Chicago Tribune. “Right now, coal goes only to power plants to produce electricity. We need another application.”

Dr. Kevin O’Brien, Director of the Illinois Sustainable Technology Center at the University of Illinois, also believes coal has a sustainable future if the CO2 produced by burning coal can be captured, stored and recycled in new ways. O’Brien and his team of researchers are conducting research at the University’s Abbott Power Plant. Recently the University of Illinois received Department of Energy funding to establish the feasibility of a commercial-scale CO2 geologic storage complex within the Mt. Simon sandstone formation located in Macon County, Ill. for industrial-sourced CO2. City Water, Light and Power in Springfield and the Abbott Power Plant will be evaluated as CO2 sources.

O’Brien told the state’s electric co-op board members at a meeting this summer that he believes a market can be developed making reuse of captured CO2 a viable and a sustainable option. Coal ash from power plants is already an example of this concept of recycling from coal plants. Coal ash has been used in concrete, dry wall and other products for many years. CO2 recycling and reuse could create new jobs as well as new products.

Others believe coal’s future may include diversification. A Carbondale-based company called Thermaqutica is developing what it calls a novel, environmentally-friendly method of converting coal and other biomass resources into polymers that can be further processed into plastics for water bottles and other products.

There is plenty of coal available in Illinois. Gonet points to Illinois State Geographical Survey data that nearly 200 billion tons of coal still lies beneath the Illinois prairie and estimates are that more than half of it is recoverable.

“It gives me real optimism that in Illinois we have a lot of coal,” he says.

Gulley of the Southern Illinois Power Cooperative agrees and says Illinois coal will continue to come first for his facility.

“Without Southern Illinois coal, we would struggle and it would hurt the local economy, plus electricity rates would go up for all of our members. Our plans are for our plant to continue to burn Illinois coal while meeting or exceeding environmental regulations,” he says. “Coal will continue to be a viable option for the future.” 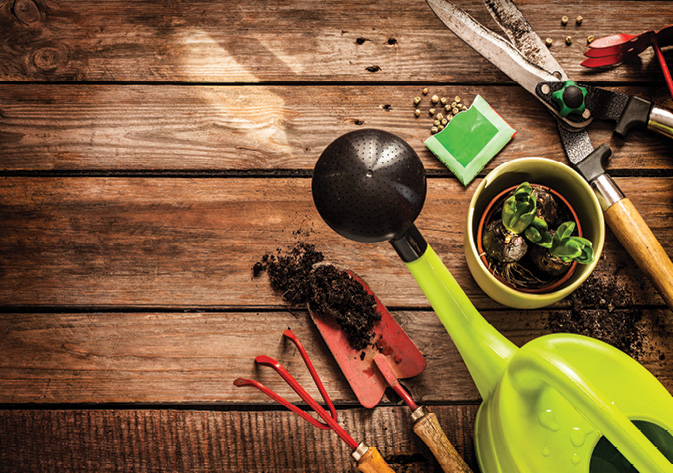 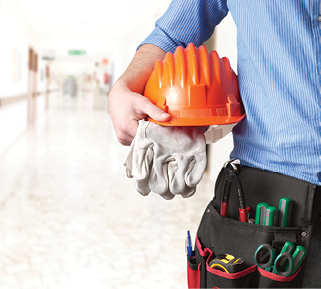 Manufacturing a middle class in Illinois once again 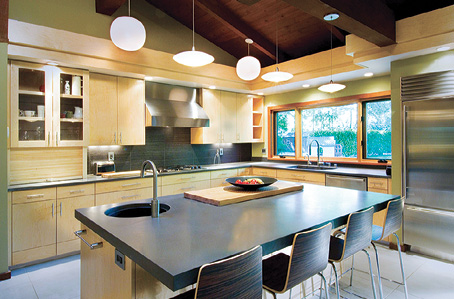 Remodeling the heart of your home