Linemen on the front lines

Linemen are often the first on the scene of a disaster or called out in the middle of the night in the worst of weather. It could be a major outage after a tornado, hurricane or ice storm, or possibly a house fire and electricity needs to be turned off, or a car wreck on a county road.

Co-op linemen are well known in their communities because they serve as volunteer firemen, on school boards or work with local youth groups. But they don’t always get the recognition they deserve for the first responder role they play as “storm soldiers.” Maybe that’s because most of us really don’t know what it takes to be a lineman.

“When you think ‘first responders,’ you think police and firemen, and after 9-11, those guys deserve a lot of credit,” says Jim Stone, producer of Storm Soldiers, a documentary produced in 2013 and available at www.stormsoldiersmovie.com. “What people don’t understand, however, is that these guys often go in before the firemen and policemen. When there’s a disaster and power lines are down, firemen can’t even go in to rescue anyone. Linemen have to go in the most dangerous of situations and lay their lives on the line every day.”

So what does it take to be a storm soldier? We asked three of the linemen that teach at the Association of Illinois Electric Cooperatives’ (AIEC) Lineworker’s Training School held in Springfield, Ill., in cooperation with Lincoln Land Community College.

Roger Larkin, Manager of Lineworker and Apprentice Development for the AIEC, runs the training school. Before that he served 18 years as a lineman and five years as a line superintendent for an Indiana electric cooperative.

Larkin says to be a lineman it takes the right attitude and a good work ethic. That’s what he looks for in young students who apply to the lineman’s school, which now offers a two-year associate’s degree.

“The right attitude is critical,” says Larkin. “I try not to stereotype, but typically a good farm kid is going to make a good lineman. They need to be good with their hands, fairly strong, and have the willingness to tackle the hard work.”

Levi Vogt is a good example, says Larkin. Vogt is from the small town of Oakford, Ill. and his mother used to work at Menard Electric Cooperative. He was the recipient of the 2014 Lavern and Nola McEntire Lineworker’s Scholarship through the AIEC, and with it was able to enter the Lincoln Land/AIEC training program.

“It’s what I’ve always wanted to do,” says Vogt. “At first, I was a little leery of climbing poles, but it’s fun now.”

Larkin remarks, “If I had a whole class full of Levis it would be fantastic. He is really personable, very willing to do what you tell him, sharp and very competitive. He had the best overall times for all of the events we did and was the best student in our class. He is going to make someone a great hand.”

Larkin says the job opportunities for young lineworkers and other utility employees is huge. The baby boomer generation is retiring soon and a third of the utility industry workforce will need to be replaced in the next five years or so.

The hardest work linemen do is during major storms either at their co-op or at a co-op across the country that is hit by a hurricane or major ice storm. These storms represent their “war stories” and they truly battle Mother Nature as well as the destruction she causes to utility systems.

Ask a lineman like Larkin what he likes about the job and he’ll tell you what he remembers is the satisfaction of getting the lights back on during one of these major storm battles.

For Larkin the biggest storm battle was an ice storm in the early 90s that hit parts of Indiana and Illinois.

“I went to help out at Newton County Electric Cooperative in Kentland, Ind., a little eight employee co-op. There was ice everywhere and as we pulled into the hotel parking lot two poles broke off right in front of us. We got up the next morning and started working. All we did for about a week was clear roads. If you went to an intersection and looked north or south, every pole was down as far as you could see. I was there three weeks and I think it took six weeks to get everything back together.”

hile linemen are often the heroes during a big outage battle, they sometimes get harassed too. It’s usually just a misunderstanding combined with some frustration, says Larkin. “Sometimes there are complaints during an outage that we are just driving around, or going past their house and not fixing their problem. But we may be patrolling the lines looking for problems, waiting for a switching procedure, or material to show up.”

ost people realize and respect that a lineman’s job is dangerous, and certainly when you are working around 7,200 volts or more of electricity you have to respect it and be well trained. But there are other dangers too.

“Everyone thinks that electricity is the most dangerous part,” explains Larkin. “But I think we have enough respect for that, and it is always on our minds. There are so many other dangers out there that can contribute to an accident, like slips and falls or traffic control issues when working an ice storm. The most dangerous thing is a lapse in judgment.”

Larkin says the worst part of the job for him was collecting past due bills or turning off power. “That’s what I disliked the most. Sometimes there were kids there and you felt sorry for them. Or you had a really angry customer and it could get volatile and you had to get the law to come with you.”

Although the job is still very physically demanding, it’s changing with a new emphasis on technology. It started years ago with the increased use of bucket trucks making the job much safer and efficient. Now new smart grid technology is changing things even more. From computerized mapping in the trucks to new fall protection climbing belts — the tools of the trade are improving.

Larkin says, “All the new technology like SCADA (supervisory control and data acquisition) and AMR (automated meter reading), being able to open and close lines remotely, and computer mapping and computers in the trucks have all been fantastic. Seeing what is available now has really changed some of the work and made the lineman’s job, and service for the member, better too. Sometimes you know the member is out before they do and get them back on before they make the call.”

Chuck West has seen a lot of changes in his 44-year career as a lineman for Corn Belt Energy Corporation in Bloomington. He’s now 74 years young and working at the AIEC’s Lineworker’s Training School passing on his knowledge to students. Recently the electric co-ops honored his service by naming the grounds of the school the Chuck West Lineman Training Field.

West started training other linemen back in the early 1970s. Larkin says, “We don’t think there is a co-op lineman in the state of Illinois that hasn’t been trained by Chuck at some point. He has created quite a legacy among all the linemen he’s helped train.”

While on-the-job and apprenticeships have always been a part of the training for the trade, West says he was trained in a sink or swim style. “When I started, I asked one of the old boys I was with what to do. He said, ‘Just put the hooks and belt on and start climbing.’ No instruction whatsoever. You just had to learn on your own and that made it difficult. I want the kids here to have a learning opportunity I never had.”

West wants them to be safe too and, while he likes kidding with them, he doesn’t mind turning on his drill sergeant voice if they aren’t paying attention.

He says, “It is dangerous work. But here is what I try to get across to the kids about that…you don’t need to be   scared of it, but you do have to give it a lot of respect.”

The worst day in his 44 years, according to West, was when a fellow lineman he worked with made contact with 7,200 volts. “Luckily he just touched it and didn’t get burned severely. But that always sticks in your mind when stuff like that happens. I can’t say there was a worse day than that one.”

Most linemen can describe at least one near miss. West describes his with his typical humor. “We built some three-phase line and were getting ready to switch it over. The boss told me to go up and cut the old wires down to get them out of the way. I climbed up there and grabbed ahold. We didn’t have it grounded at that time and, when I grabbed ahold of that line, I thought it was energized and it scared the you-know-what out of me. It wasn’t energized, it just had static that came off of it.”

The worst part of the job for most linemen is the weather — especially the cold.

“I can remember one time before we really used bucket trucks. We had a line out and the temperature was about 12 degrees, but the wind was blowing about 40 mph. We’d get out there and half way up the pole would wonder if we were going to make it to the top. Our hands were freezing and there were times we had to come back down before we finished because our hands were so cold. The weather especially in the winter is tough.”

Daren Deverman is one of the new breed of linemen and he has a lot of respect for Chuck West both as a lineman and as a teacher. Deverman has been a lineman for 16 years. He’s one that has been trained by West and even followed in his footsteps becoming one of the safety training instructors for the AIEC and now working for Corn Belt Energy as Safety Operations Manager.

He says because it is physically very demanding many older linemen have bad knees, shoulders and backs. New tools and training have helped, but it remains a tough job.

Deverman says, “Chuck extending his career after retirement, to teach, is a testament to the type of man he is. I’ve known a lot of linemen who after 40 years of service are very broken down. But a lot of it is having the right mental attitude. If you don’t have that you won’t succeed and Chuck tries to pass that attitude along to the young kids at the school.”

Deverman hopes the industry continues to move toward more standardized training, like that provided by the AIEC/Lincoln Land Community College program, so that it replaces the non-standardized on-the-job training that can vary from place to place.

“I’d tell a young student to respect this trade and the fact that you have to learn each and every day. Every day is different and every situation is different. Secondly, respect your elders. This career is one that can take your life, can break your life, and the people that have done it successfully for 30, 35 or 40 years are the ones to listen to.”

Line work is also improving with new technology and fresh blood with new ideas to make things safer and more efficient. The key for Deverman is continuous improvement and training.

He says, “I preach in our safety training meetings that we should always be better tomorrow. As much as we train today, we should train more tomorrow. Just like the military, training and learning should never stop.” 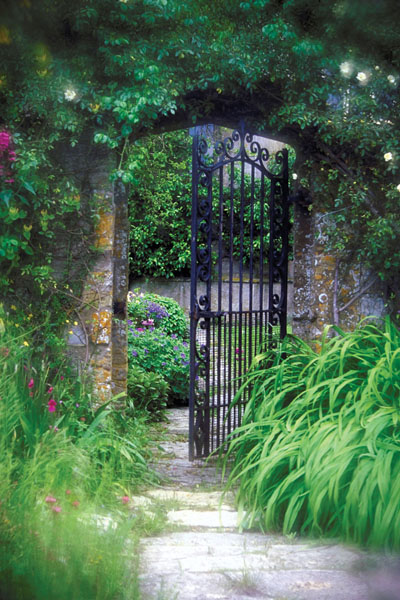 Resolve to be a better gardener 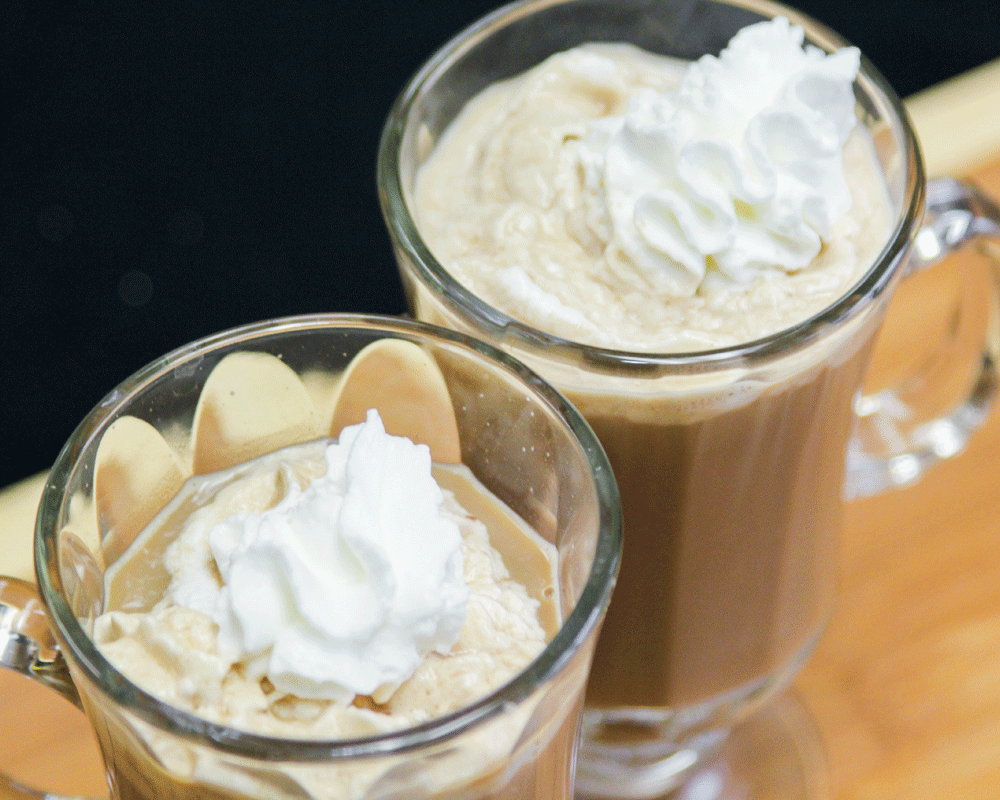 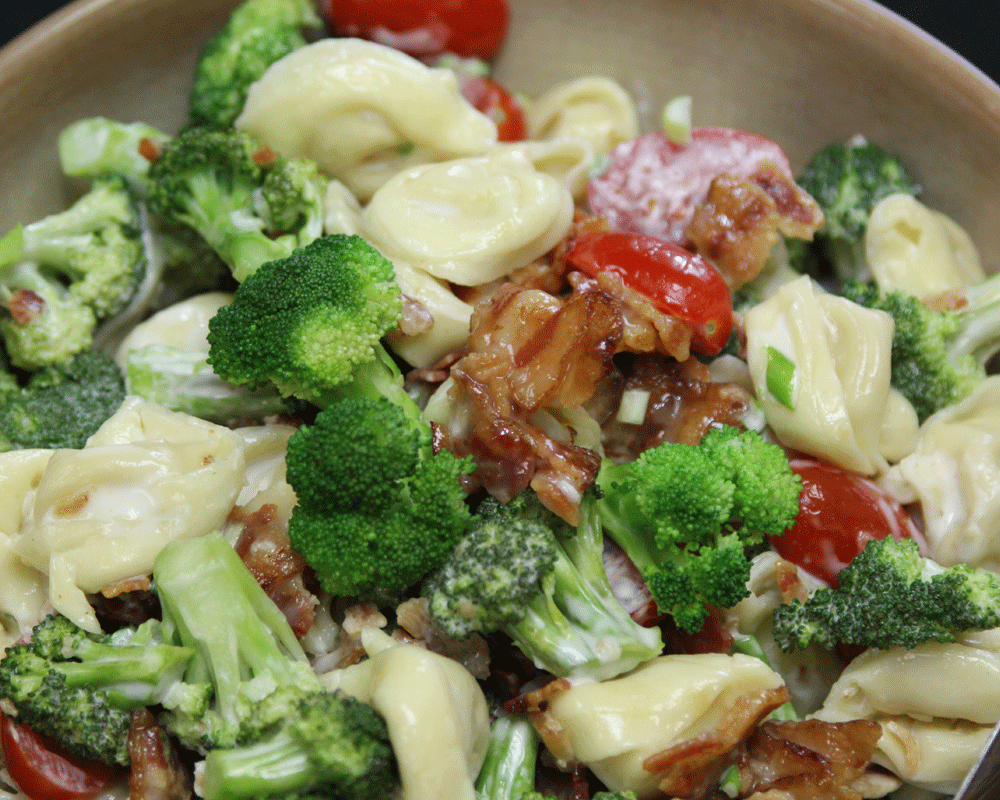