The Michelangelo of motorcycles 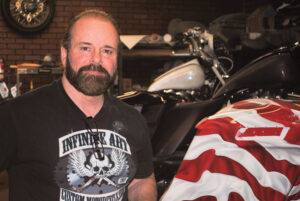 While Anthony Spinazola’s name may not be as ­familiar to many in art circles, to people who know and appreciate customized motorcycles and the amazing talent and creativity that goes into producing these rolling works of art, the Cobden resident is a master — like the Michelangelo of motorcycle art.

Spinazola is gaining national attention as one of the nation’s top motorcycle builders and artists. From a small, non-descript metal shop located just south of Carbondale, he does everything from simple pin striping on stock motorcycles to custom paint jobs and even complete ­fabrication of bikes from the ground up. His work allows him to pair two passions he’s had his entire life.

“I started making money at art when I was in fourth grade,” Spinazola remembers from his childhood on Chicago’s south side. “I won an art contest with a drawing of Charlie Brown and Snoopy. I won a share of stock in a local utility company and $100.”

While he says that the money was great, what really motivated him was the encouragement winning the ­contest gave him to continue pursuing art. By the time he finished high school, he turned down a scholarship to the Art Institute of Chicago, opting instead for the motorcycle lifestyle of Southern California.

“I went there in 1980, met some guys, bought a bike and kept doing art,” he says. “I even airbrushed on Venice Beach. Everybody’s skating by, and I’d airbrush anything from t-shirts to motorcycles.”

He remembers his own first motorcycle and his desire to make it unique.

“My first bike was in a box with 1,000 parts. It was a ‘70s Sportster that I bought for $1,000 off of somebody who had taken it all apart. I built the thing from the ground up. I kept modifying it and started painting it. Not long after that, I started doing motorcycles full time.”

Spinazola says at first clients would bring him sheet metal or parts they ordered and he would paint them in his own garage.

“I was fabricating just a little bit, but mostly I did fiberglass work and bondo and stuff like that,” he explains. “I was there until 1994 when I moved to Florida and opened a custom shop.”

His business and reputation grew from his Florida shop, but he wasn’t a fan of the hot weather.

“I came to southern Illinois about 10 years ago to visit friends and I found the best of both worlds. There are hills like in California, but only half the people. I love the landscape and the climate. I fell in love with being back in Illinois and discovered that this was a great place. I moved here about nine years ago.”

He says some in the industry question his location, but he doesn’t. 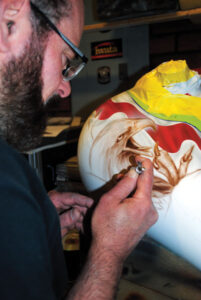 Today, clients from all over the country, including California and Florida, come to him for custom bikes and paint jobs that have to be seen to be truly ­appreciated. Spinazola does everything from custom designing and manufacturing frames, wheels, electrical systems and, of course, paint treatments. While most of his work is on ­customized Harley-Davidson motorcycles, he says he never turns a bike down, regardless of manufacturer.

Spinazola says his goal is to give each client exactly the motorcycle they want — even when they are not sure themselves what they want.

“Everybody wants to feel like their bike is really theirs. There is something yearning inside that is like, I love this bike, but when they pull up next to someone and they see they have the exact same one, their ego just drops to the ground.”

That is when they call Spinazola and he begins to find out what makes them tick.

“I talk to them and just ask what they are all about, what do they like. I get as much information from them as I can. It’s all about what they have in their heads. I begin to put it all down in software on the computer and put it on the bike in 3-D so we can spin it and they can see exactly what it will look like. It’s like virtual reality.”

He says he loves the reactions he gets.

“Nine times out of ten, guys will see that and say, ‘that’s exactly what I want.’ Sometimes they are in awe that it was like I got into their heads.” 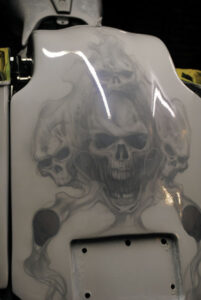 Then the real work begins. Often the custom ­fabrication and painting process is very painstaking and time ­consuming. Some of the completed finishes will have more than a dozen layers of paint.

“Every step, every color gets a coat of clear after it. I’ll wet sand it all down and then do the next one. That makes the finish so deep and gives it a real three-­dimensional look,” he says, adding that he does all of the painting ­completely freehand. “I’ve been doing it that way for a long time. It takes so long and it is a whole lot of extra work, but the end result is unbelievable.”

Clients are thrilled. In fact, many bring their bikes back year after year for new products and further ­customization. Spinazola likens it to “continuing to tell their story.”

“He does wonders,” says Mark Zimbelman of Murphysboro. “The custom work he does is amazing and his creativity is unreal. Being with him is like being a kid in the candy store. There’s always something more he can do.”

Zimbelman has taken his 2012 Harley-Davidson Road Glide to Infinite Art each of the last few winters for ­additional work. He says the reaction he gets when other people see his motorcycle is phenomenal.

“People are always like, ‘oh, man, that’s amazing.’ They soon realize that the more you look, the more you see. I love it.”

Spinazola loves it, too, when people admire his work. Many might call some of the thousands of motorcycles he’s done masterpieces. That doesn’t really matter to him. He just enjoys what he does.

“The most gratifying thing is to see my work just rolling down the street. I love that,” he says. 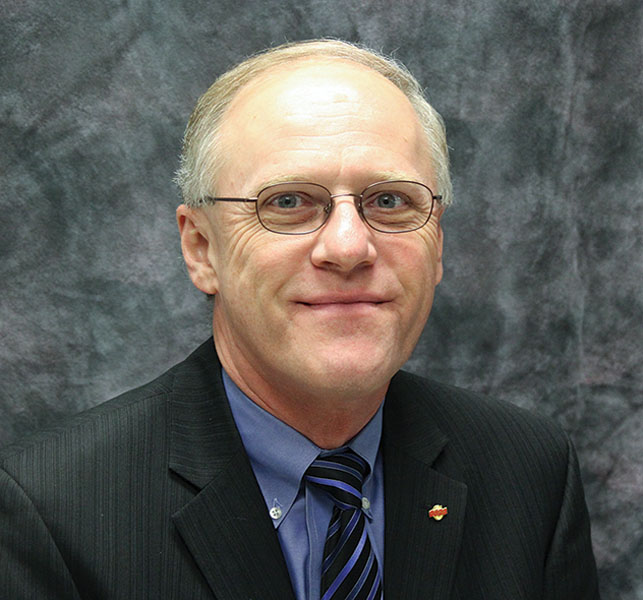 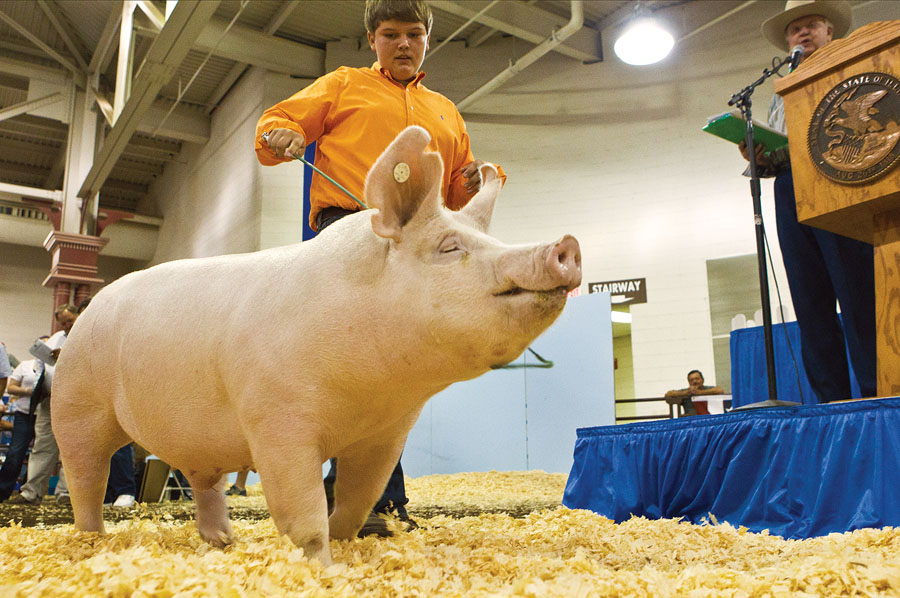