We can all make a difference 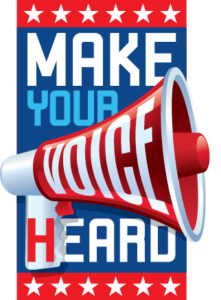 In June I had the privilege of ­chairing a panel discussion that I wish all co-op members could have heard, especially our young co-op members. At a national electric cooperative meeting in Chicago, I sat down with two political veterans from both sides of the political ­spectrum, David Axelrod, who served as a Senior Adviser to President Obama, and Kenneth Duberstein, President Reagan’s final Chief of Staff.

Their message was consistent despite their political philosophical differences — your voice can make a difference, stay true to your vision and never give up despite the setbacks that will happen.

Both Axelrod and Duberstein ­discussed how rural citizens can still be effective even though the rural population is shrinking compared to the urban population.

Our voices matter and our votes do count. We’ve seen elections in recent times where it was decided by the narrowest of margins. An example is the George W. Bush election just a few years back. Unfortunately, we sometimes think we can’t make a ­difference, that our vote doesn’t ­matter and that the outcome has already been predetermined. Or we think it’s all decided in the population centers of New York, Miami, Los Angeles or even Chicago. But Duberstein and Axelrod made it very clear that the best lobbyist still is the individual that has that vote in the home congres­sional district.

“The people who matter are you all,” Duberstein said, adding it’s ­especially important for rural America to speak up and be heard.

Axelrod agreed. “We are very tough on our politicians, and they richly deserve it, but in a democracy we all have responsibility, and if we don’t make our voices heard it’s harder to complain about the outcome.”

The key both men agreed is for citizens to speak up. As Duberstein recalled, “People used to say to Ronald Reagan, ‘You’re the best ­lobbyist in the world.’ Ronald Reagan would say, ‘No, I’m the ­second best ­lobbyist. The best one is the ­person back home in your district who votes for you.’”

The one tenet that ­cooperatives really believe in is keeping our ­members informed and getting them involved. A great example is our youth leadership programs. It starts by bringing young rural leaders from across the state to Springfield to

meet their state legislators at the state capitol. Then we take two bus loads of young people to Washington, D.C. to meet with their members of Congress. That just took place a few weeks ago.

You never know how that ­experience will touch a young ­person. We’ve had recent examples, such as Tim Cook the CEO of Apple ­mentioning in a commencement speech about going from his home state of Alabama to Washington, D.C. with his electric cooperative’s 1977 Youth to Washington group. Here in Illinois, the past President of the University of Illinois, Bob Easter, had also attended the cooperative’s leadership trip to Washington, D.C. as a young man from Texas. In both cases they said those were life ­changing, transfor­mational ­experiences. We see here in our state ­students from the trip going on to become state legislators, work for congressional staff, becoming involved in government in some way, or becoming industry leaders.

Leadership is so critical to ­solving problems in business or in ­government. And we are ­planting

those seeds of leader­ship through these ­programs. We hope that they will return with their ­education and leadership to be an involved member of the electric ­cooperative, ­including maybe being on the board of ­directors. Maybe they will be on their local school board or run for local office in their home county or district.

It is easy to become somewhat cynical because of what has ­happened in our state and nation. It seems the problems like our state budget are insurmountable. Or when we see countries ­defaulting on debt, or even worse some of the ­terrorist atrocities we continue to see. But at the end of the day we have to be involved ­citizens and train up our next ­generation to help solve these ­problems and lead us to new heights.