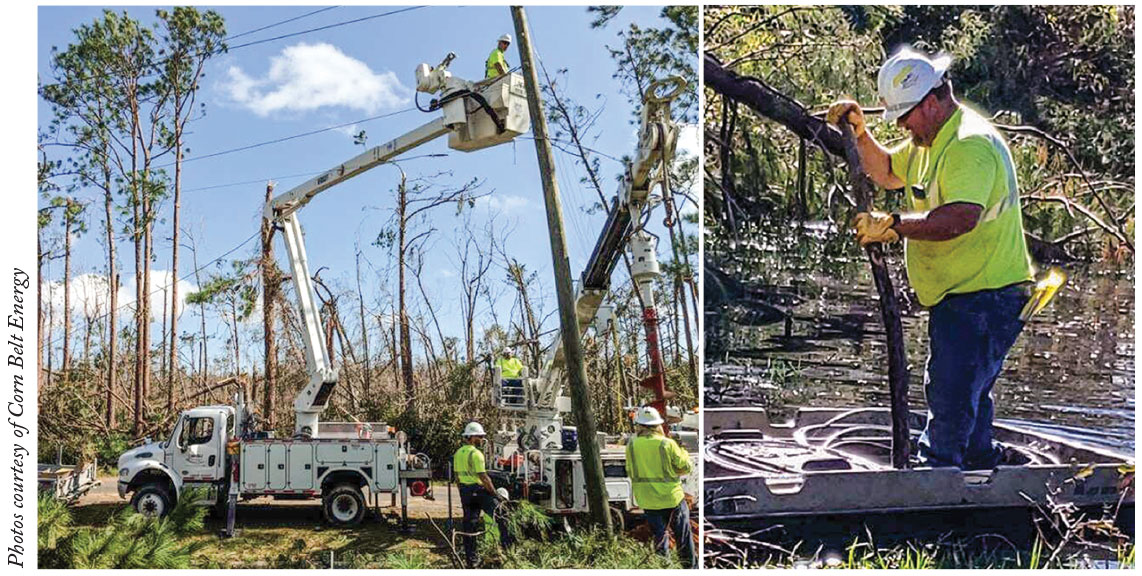 Linemen from Illinois electric cooperatives, who sent emergency help in light of Hurricane Florence in the Carolinas, were home little more than a week before the call for help from North Carolina was issued again – this time because of Hurricane Michael. What originally looked like a tropical storm rapidly turned into the worst hurricane to ever hit the Florida Panhandle. Its sustained wind and rains also caused power outages in Alabama, Georgia and both Carolinas.

The emergency work plan was activated and crews, line trucks and digger-derricks headed to North Carolina, an area still recovering from Hurricane Florence. Once released, line crews traveled to West Florida Electric Cooperative to help rebuild their system. Tent cities were set up to house and feed the linemen who worked 18-hour shifts in the heat and humidity.

Electric transmission and distribution systems, which took years to construct, were wiped out in minutes by the force of Hurricane Michael’s winds and storm surge. Thousands of broken poles and miles of line were on the ground leaving residents in the dark.

By the end of October, Illinois crews were released to return home, but the work continued with fresh crews from co-ops that live in closer proximity to the affected area.