2015 is the International Year of Light 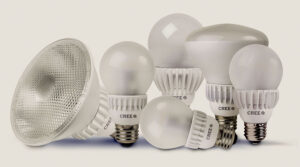 Did you know that the United Nations named 2015 the International Year of Light? Last year’s Nobel Prize in Physics was awarded for the invention of improved light-emitting diodes, ­better known as LED lamps. Yet, many people switch on the lights without knowing where the elec­tricity comes from, how it is made, or the impact of their energy-use decisions.

The International Year of Light and Light-Based Technologies (IYL 2015) is a global initiative adopted by the United Nations to raise awareness of how optical tech­nologies promote sustainable development and provide solutions to worldwide challenges in energy, education, ­agriculture, ­communications and health.

The goal of IYL 2015 is to highlight to the citizens of the world the importance of light and optical technologies in their lives, for their futures and for the development of society. IYL 2015 programs will ­promote improved public and ­political ­understanding of the ­central role of light in the modern world while also celebrating note­worthy anniversaries in 2015—from the first studies of optics 1,000 years ago to ­discoveries in ­optical ­communications that power the Internet today.

By now you know that Thomas Edison’s incandescent light bulb has evolved. January 2014 began the phase out and replacement with more energy efficient options ­starting this year. Currently, there are only three ­consumer choices – halogen-incandescents, CFLs and LEDs. With new light bulb standards in place in the U.S., the Department of Energy ­estimates that consumers will save between $6 billion and $10 billion a year in lights costs.