The Association of Illinois Electric Cooperatives’ (AIEC) board of directors unanimously selected three Illinois legislators to receive its 2020 Illinois Electric Cooperative (IEC) Public Service Award. The award is given annually to those who support electric cooperatives, consumer-members, and cooperative principles and through their work on key committees. The awards, usually presented at the AIEC annual meeting, will be given to them in their districts later this year. 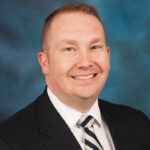 State Senator Scott Bennett (D-52) has been a great friend of electric cooperatives since first being elected in 2015. He frequently engages with the cooperatives in his district and the communities they serve. He serves as chairperson of the Senate Agriculture Committee and is a member of the Senate Appropriations, Criminal Law, Higher Education, Labor, and State Government committees. His district includes the service territory of Eastern Illini Electric Cooperative, Paxton and EnerStar Electric Cooperative, Paris. 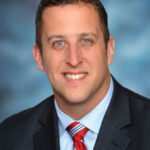 State Senator Michael Hastings (D-19)
has served in the legislature since 2015 and has been a friend and supporter of the electric cooperative program during his time in the legislature. He serves as Senate Majority Caucus Whip and is chairperson of the Senate Energy and Public Utilities Committee. He is also a member of the Senate Executive, Commerce and Economic Development, Insurance, Judiciary, and Executive Appointments committees. 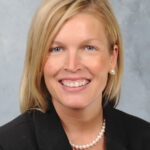 State Representative Tony McCombie (R-71) began serving the legislature in 2017. Since taking office, she has been a champion of the electric cooperative program and the co-ops in her district. She is a member of the House Cities & Villages, Higher Education, Economic Opportunity & Equity, Judiciary, Cybersecurity, and Transportation committees. The 71st district includes the service territory of Jo-Carroll Energy, Galena.

U.S. renewable energy generation and the impacts of COVID-19
Getting to the core of craft cider
‘Standby’ me
Putting a stamp on history
Five ways to winterize your manufactured home
Celebrate democracy: register and vote
VPN explained
Gathering and enjoying hickory nuts
Babe’s on Plum