According to Kelli Schaeffer, who owns the restaurant with her husband Todd, the restaurant originally opened in 1997 at a different location as a bar called Babe’s, owned by Todd’s mother. The bar later moved to its current location on Plum Street and became a bar and grill when food was added to the menu.

In 2008, Kelli and Todd became the owners after his mother became ill and passed away. The couple decided to take the bar in a different direction. “We wanted it to be a restaurant and not so much a bar,” Kelli says. “We started adding homemade items to the menu. We tried to do as much as possible from scratch and get away from processed and frozen food.” 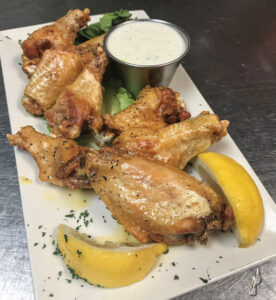 All wings come with a sauce made from scratch. 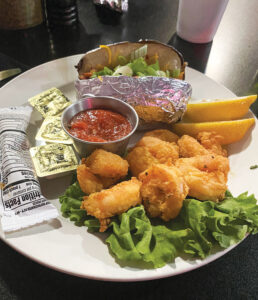 The breaded shrimp special comes with a baked potato and side salad. 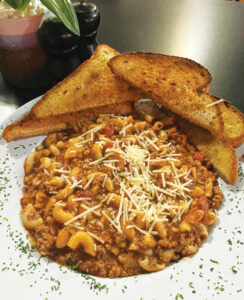 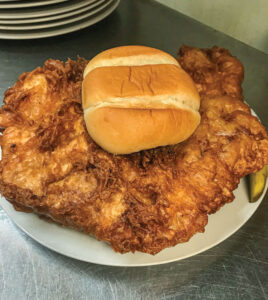 The tenderloin special is available on Mondays. 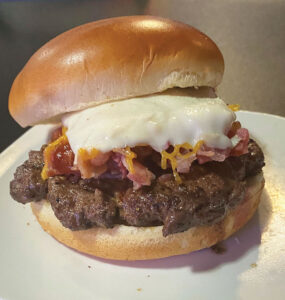 Kelli started developing recipes. “We wanted to make the restaurant more than what it was, so we started focusing on what we did really well.” They developed a line of wings that have become popular and serve them with sauces made from scratch including Italian apricot, chipotle barbecue, Caribbean jerk, sweet chili and citrus, among others.

Babe’s on Plum is also known for its specialty, gourmet burgers. There’s a mac and cheese burger, mushroom and swiss, bourbon burger and a southwest burger. “The Dave” is a patty topped with provolone and cheddar cheese, grilled onions, bacon, tomato, pineapple and a fried egg. All burgers and sandwiches are served with homemade chips.

Kelli says a favorite is the honey pepper chicken macaroni and cheese bowl made with fresh mac and cheese topped with hand-breaded chicken strips in a honey pepper sauce. “It is one of those comfort foods,” Kelli says. “It just sticks to your ribs.”

The restaurant serves lunch and dinner specials that vary week to week. Every Monday, patrons can expect the popular tenderloin special. Other days change depending on what’s available. “With our specials, I try to do something that you wouldn’t typically find on a menu in Havana,” Kelli says. Recently, crab legs were featured. “I check out what’s going on seasonally with my vendors. I try to bring in different things that are not necessarily local to the area and get some fresh stuff in here.”

As it has across the country, COVID-19 has changed the way Babe’s on Plum does business. “The pandemic has of course affected our business,” Kelli says. “At first it was all carryout, and we were very fortunate to have the support of our community. … It changed the way we clean. We try to take a lot of extra caution in what we’re doing here.”

The beer garden has 18 tables, most equipped with an umbrella. The full menu is available in the beer garden for lunch and dinner, as well as a full-service bar, lots of plants and flowers, and a hand-washing station. Indoor seating is also available. Several tables have been removed to help with social distancing, and there’s hand sanitizer on every table.

Hoping to help senior citizens living in the Havana area during the pandemic, Babe’s on Plum gave away 3,294 meals between April 18 and June 13 with the help of volunteers and local donors. The idea for the restaurant’s senior meal program came to Kelli after she visited her mother in a long-term care facility in Missouri.

Because of the pandemic, Kelli could only visit her mother through a window. “I left there feeling helpless as to what I could do to help my mom,” Kelli says. “I couldn’t make her feel better. I knew she was sad. All the way home, I kept thinking there’s got to be something I can do.”

She started wondering about all the people in the same situation – people who were too scared or couldn’t leave their home to go to a grocery store. “I can’t help my mom right now, but I can help somebody. What do I do? I cook for people. Maybe I can feed some of these people,” Kelli remembers thinking.

She then put out a question on social media asking if people knew of seniors in the community who were not getting groceries or meals because they were fearful of the pandemic. The response was overwhelming.

“At that point, I made up my mind that I was going to try to get meals out,” Kelli says. “Then people started calling me wanting to donate to help get the program going and help pay for these services, and it just grew from there.”

It started off with Kelli, her husband and children, and a staff member making deliveries, but it soon grew to where they couldn’t do it themselves, and volunteers stepped up to help. The first week, 46 people were delivered meals. By the end, they had nine delivery routes with approximately 14 to 25 names on each.

“There was a big need here in our community,” Kelli says. “It wasn’t financial, whether you had money to pay for a meal, it was about being a senior citizen who was scared to get out and go to the store or didn’t have a way. … A lot of the time, they just wanted to talk. … It was really nice getting to know them.” 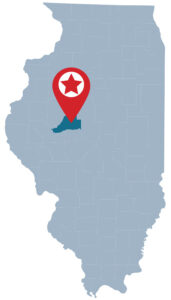 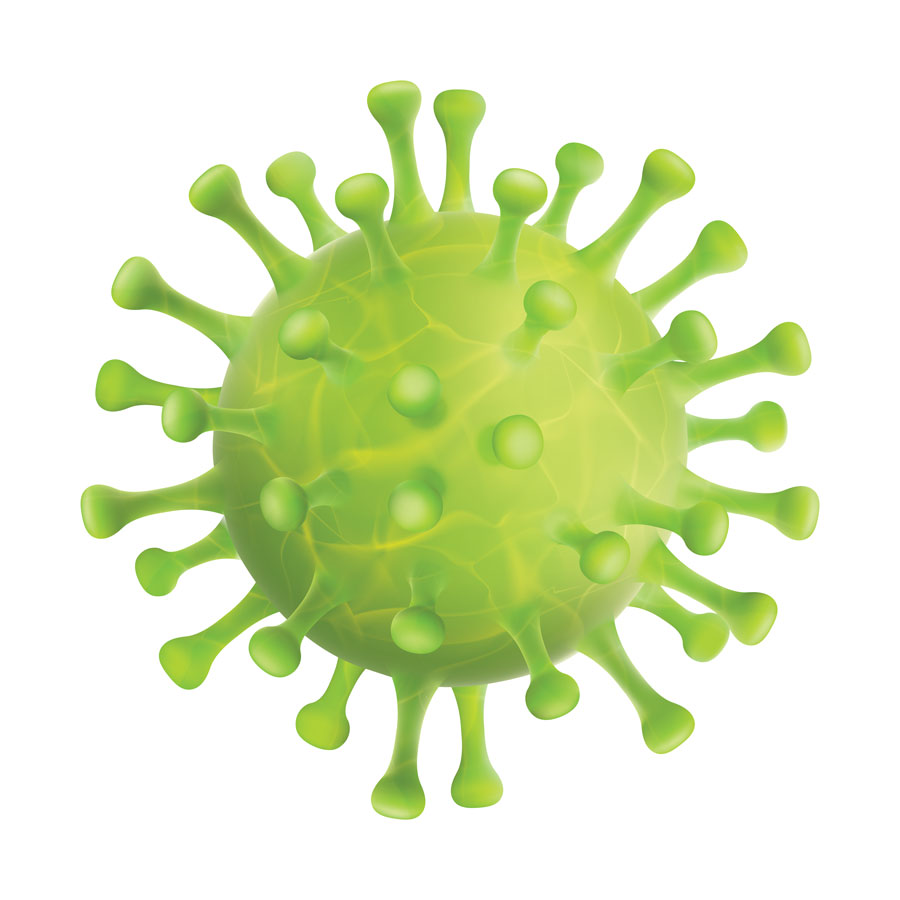 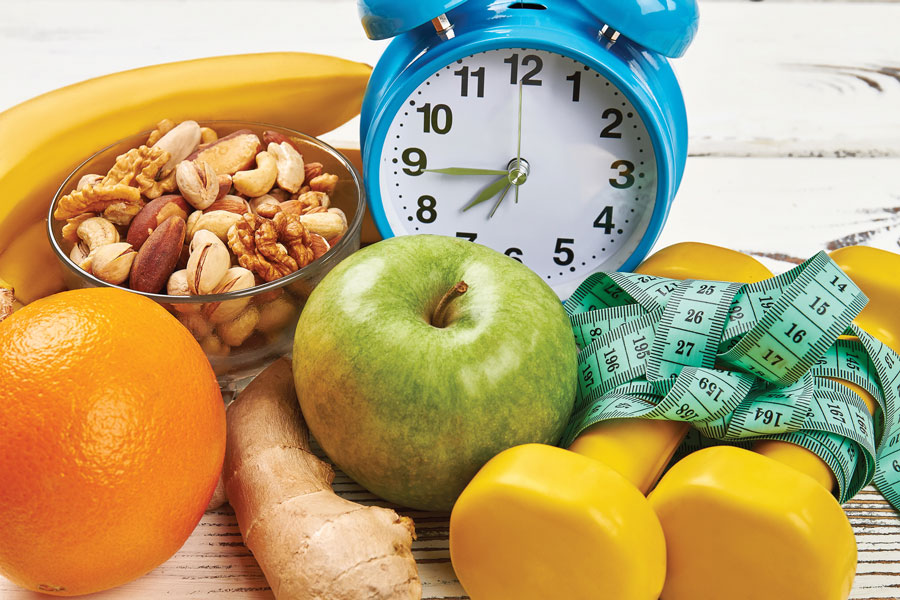