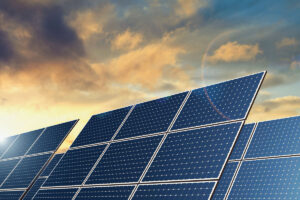 In early August, the U.S. Environmental Protection Agency (EPA) issued its final Clean Power Plan rule, a rule limiting the carbon dioxide emissions from existing power plants. While the rule is 1,560 pages long and complicated, in general it is designed to reduce coal-fired ­generation, while promoting the increased use of renewable energy, like wind and solar.

In this rule, each state was given an individual emissions reduction target to meet by year 2030, with initial compliance beginning in 2022. For our state, Illinois is mandated to reduce emissions by 31 percent from 2012 levels, by 2030. To get to this target, Illinois EPA will be responsible for drafting the state’s compliance plan, with the ­initial plans due next September. IEPA has been gracious to work with AIEC and other stakeholders to get their input, and we ­anticipate that process will continue.

Last year, co-op members across the U.S., and across Illinois, sent in over 1 million comments to the U.S. EPA advocating for an “all-of-the-above” energy strategy, one that incorporated natural gas, nuclear, renewable energy, and coal. Thank you to those that participated. We are hoping that co-op members will again make their voices heard, and visit www.action.coop to sign on to a letter being sent to the White House asking for a delay in the Clean Power Plan until the courts have ruled.

Remembering Katrina
Where are your energy $$$ going?
A fiber runs through it
SIU students learn techniques for sky-high farming
Don’t mourn – fertilize!
Americans are rediscovering the Cooperative Difference
Helping others means safety first
What size furnace do you really need for your home?
A Pineapple by any other name
The Cooperative Way
Mexican Delight