After years of wrangling on the issue, auto companies, regulators and policymakers have finally come to terms on increased Corporate Average Fuel Economy (CAFE) standards for vehicles 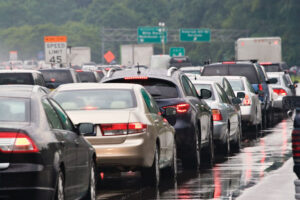 traveling American roads. According to the plan, automakers will double the average, unadjusted fuel-economy rating of their car and light truck vehicle fleets to 54.5 miles per gallon by 2025 from today’s standard of 27 miles per gallon. Congress is likely to sign the new bill, which will start taking effect for the 2017 model year, into law this summer.

According to the White House, the higher standards will likely lead to price increases of some $2,000 per vehicle to cover the costs of more expensive technology, but drivers should save an average of $6,600 in gas over the life of a vehicle.

Critics point out that no one can be sure how much new technology will add to the cost of vehicles, let alone how fluctuations in gas prices, consumer tastes and the overall economy could impact what types of cars people want to drive. While the new rules represent a gamble in regard to these variables, enough Americans see the benefits of more fuel-efficient vehicles outweighing the trade-offs.