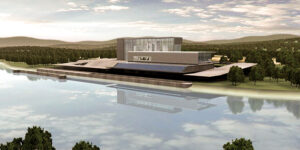 At a time when our most plentiful and affordable energy source is at a crossroads, the Obama adminis­tration has pulled the plug on FutureGen 2.0., which everyone hoped would be America’s first near-zero emissions coal-fueled power plant.

The FutureGen concept was initiated as part of the Clinton Administration’s Vision 21 program and has enjoyed strong bipartisan Congressional support. The original FutureGen project was conceived during the Bush administration with hopes of demonstrating on a ­com­mer­cial level the feasibility of clean coal technology. All along FutureGen had its ups and downs and was ­ambitious and expensive. FutureGen 2.0 was the second iteration of the project and the $1.68 billion price may have been the ­ultimate obstacle.

Almost everyone supported the advancement of clean coal ­technology. The exception was the Sierra Club which filed a legal challenge as recently as December to stop the ­project. U.S. Senator Dick Durbin (D-IL) said, “A decade-long bipartisan effort made certain that federal funding was ­available for the FutureGen Alliance to engage in a large-scale carbon-capture demon­stration project. But, the ­project has always depended on a private commit­ment and can’t go forward without it.

“I worked on FutureGen 2.0 ­believing it would create jobs in Illinois and demonstrate a viable environ­mentally acceptable use of coal to generate electricity. I am ­encouraged by the news that the Department of Energy values the injection site in Morgan County as a world class sequestration ­opportunity. I am ­hopeful that Illinois will ­continue to play an integral role in developing this technology.”

Peabody Energy Chairman and Chief Executive Officer Gregory H. Boyce said, “It makes no sense to pull the plug on $1 billion ­committed to America’s signature near-zero emissions power project at such a critical time for these investments in ­technology. The Administration has pledged $1 billion for advanced coal projects in China, and I urge them to support investments in the United States. We have the knowledge to advance low-carbon technologies to commercial scale and must demonstrate our leadership and our will.”