Energizing our communities the co-op way

Today, providing safe, affordable and reliable electricity is just the price of admission, says Mike Williams, President/CEO of the Texas Electric Cooperatives and Chairman of the 21st Century Cooperative Committee that is helping co-ops take a look in the mirror and assess the cooperatives’ future.

Williams says, “Cooperatives exist to add value and make members’ lives better. We are in the life improvement business and we need to refocus and build on the success of 75 years of fueling our communities.”

Commitment to community and democratic ownership

One of the core principles of the cooperative business model is commitment to community and right now many rural communities are suffering. Rural businesses have had to close shop. Many rural areas can’t attract workers because there aren’t any jobs. Business can’t locate in rural areas because there aren’t enough qualified workers. It’s a vicious, downward spiral. Young people from rural areas have to leave to find work, and this isn’t a new trend. In 1910 rural Americans represented 72 percent of the population. Now it is around 16 percent.

Building on the co-op model

“In our economy right now, the cooperative model makes it possible for communities to band together in ways that enrich the quality of life,” says Jo Ann Emerson, CEO of the National Rural Electric Cooperative Association (NRECA), the organization that supports more than 900 electric co-ops across America.

Historically, electric cooperatives have fostered the concept of “self-help,” enabling commerce and employment by bringing wealth to the communities they serve via different types of “capital.” Electric cooperatives are perfectly positioned to do this because of their intimate knowledge of local assets and resources, as well as relationships with business, political and opinion leaders, Emerson explains.

“Personal relationships are at the core of the cooperative business model, and the ability to establish and build those relationships is the key to successful economic development efforts,” she says. “Electric co-ops, for example, work hand-in-hand with chambers of commerce, industrial parks, agricultural producers, manufacturers and small businesses. Economic development is essential not only to the prosperity of rural communities, but also to the cooperatives that serve them.”

So what are co-ops doing today to energize communities?

One way is pretty simple. They volunteer. You can read about rural fire departments, for example, in this issue on page 20.

Funding for community organizations like rural volunteer fire departments is often stretched very thin. One way co-ops are helping is by raising funds through programs called Operation Roundup or Penny Power, where members volunteer to let the co-op round up their bill to the nearest dollar. Those funds are then used to help out local community charities and organizations.

For example, Adams Electric Cooperative, Camp Point, has raised $273,088 with the help of its members and the Penny Power program. Grants have gone to area schools, fire districts, food pantries, community centers and many other programs.

Build it and they will come

Infrastructure is basic to business and job development efforts. In the beginning it was about electricity. Next came telephone co-ops. More recently co-ops have been formed to provide safe, dependable drinking water, satellite TV and broadband services.

One example is SouthWater Inc., a not-for-profit regional wholesale and retail water supplier headquartered in Dongola, created by Southern Illinois Electric Cooperative. SouthWater provides water to residents and businesses in Alexander and Pulaski and portions of Union, Johnson and Massac counties. SouthWater provides water to almost 1,000 individual rural customers and seven municipalities and water distrits who otherwise wouldn’t have access to treated water.

There are many other examples of electric cooperatives helping to start water co-ops in Illinois.

Today, the new infrastructure needed for business development and quality of life is rural broadband. Some compare the need for rural broadband to the early days of the REA cooperative movement, and the analogy is close. That subject is covered in this month’s cover feature on page 10.

Show me the money

Nationally, electric cooperatives employ 70,000 people in the U.S. and pay $1.4 billion in state and local taxes annually. They also retire hundreds of millions of dollars every year in capital credits — margins credited to cooperative members each year based on their purchases (in the case of electric cooperatives, electricity). Capital credits are used by the co-op as working capital for a period of time and then paid back to individual members.

Another example of infusing money back into the community is the Touchstone Energy® Cooperative Connections Card, a national and local discount card for co-op members that also helps local businesses market to co-op members. Total savings from the Connections Card, for just the prescription drug discount, has been more than $1,642,133.95, representing an average savings of 33.39 percent.

Touchstone Energy is the national co-brand used by 750 electric co-ops. But it is more than a marketing brand. By pooling resources it has also allowed co-ops to start programs like Sites Across America, a national database of available sites for business development in co-op territory. Other programs like the Touchstone Energy Home program help members with energy efficiency savings. Check it out at touchstoneenergy.com/homeprogram or togetherwesave.com.

Show me the jobs

Rural economic development efforts can range from building the relationships necessary to bring revenue-generating activities into a community to investing in partnerships with other businesses to create new jobs.

Western Illinois Electrical Cooperative helped create 25 jobs and save 20 existing positions with a $1 million loan and a $300,000 grant to help construct a state-of-the-art medical clinic in Carthage. The co-op acts as a local intermediary and the REDLG program provides zero-interest loans and grants to local co-ops, which then, in turn, lend the funds to local businesses that create and retain jobs.

The program has helped establish more than 900 rural business and community projects and created or saved an estimated 25,000 jobs. In a case like the one in Carthage, the program also helped improve and save a basic need in the area — rural health care infrastructure.

Economic development doesn’t just provide the community with monetary value, it creates trusted partnerships between the co-ops and their communities, says NRECA’s Emerson. “The true value in economic development is the improvement to the co-op member’s quality of life. That is the cooperative purpose, and it’s what we’re about.” 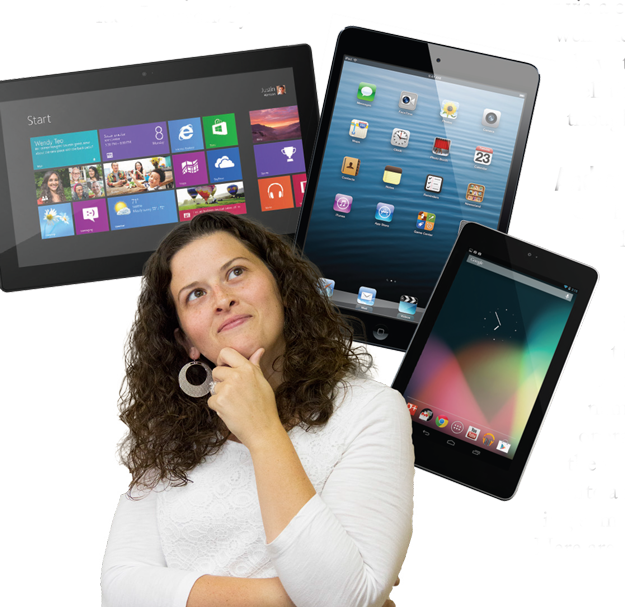 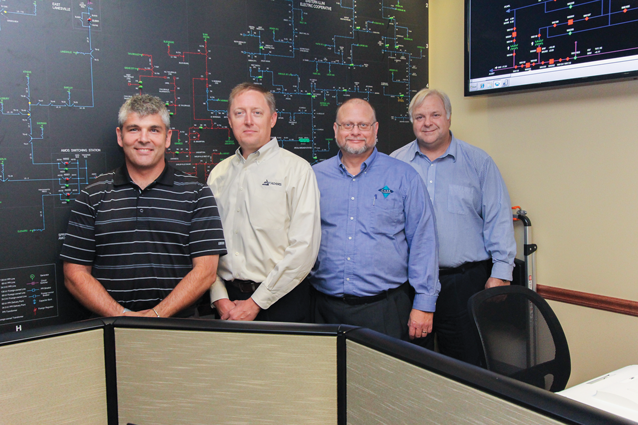 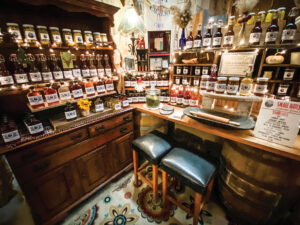