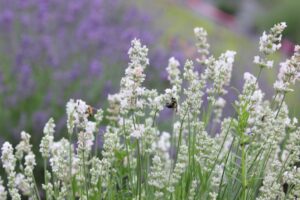 Early June is a great time to enjoy the excellence of southern Illinois’ grape and wine industry at one of the many vineyards within the boundary of our unique grape growing region, the Shawnee Hills American Viticultural Area. Over 25 years ago, the Renzaglia family at Alto Vineyards stepped into unknown territory, introducing a new industry to our region.

As you savor some of the award-winning wines that display the region’s distinct character, you might happen upon a sign for u-pick lavender. Lavandula, commonly named lavender, is a perennial herb in the mint family. It is indigenous to countries bordering the Mediterranean, and grows best in climates that don’t have a lot of high heat or humidity, not exactly descriptive of southern Illinois.

Charlotte and Doug Clover live within the rolling hills and sandstone scenery of southern Illinois, just south of Alto Vineyards. And just as the Renzaglia family stepped into unknown territory in the late 1980s, the Clovers are working against the odds as they develop their field of lavender on a hillside near their home in Union County.

It all started when an article in “Midwest Living Magazine,” highlighting the top ten lavender farms in the Midwest, caught Charlotte’s attention. As outlined in the article, lavender growers were having success adapting the hardy shrub to the challenging growing conditions found in the Midwest. 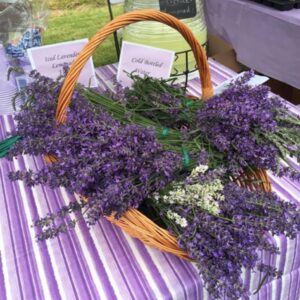 Charlotte and Doug live on a 25-acre plat carved from a 240-acre farm that has been in Charlotte’s family since 1820. Charlotte’s father, an insurance agent for many years in Jonesboro, used to truck patch farm and her mother, now in her 80s, still has a small garden patch near Charlotte’s field of lavender. While Charlotte grew up around farming, her husband Doug wasn’t raised on a farm, but he loves being outdoors, so the couple decided to explore the idea of growing lavender. They submitted soil samples for testing, visited lavender farms, and spoke with growers across the country from Virginia to Washington State.

This exploration led to the understanding that the growing season, the climate, and the soil here in southern Illinois are very different from other regions of the country where lavender is currently being grown successfully. Given that lavender typically likes low humidity, it would be necessary to search for varieties that would “fair better” in the higher humidity of southern Illinois. In addition, lavender likes extremely well drained soil, unlike the clay soils of southern Illinois, so the couple has created their own growing media, blending amended soil with creek rock, and established raised beds to ensure better drainage. Lavender also demands full sun and ample space between plants to ensure good air circulation, so optimum site selection also had to be taken into consideration as they undertook their new adventure.

In the spring of 2014, the first 200 lavender plants were set on the hillside which is now home to Shawnee Hills Lavender. In 2015, Charlotte and Doug added 700 plants expanding the lavender field to an acre. Just like other types of farming, there is a lot to do in the off-season. Plants that didn’t “fair well” need to be replaced and the hedges must be given a haircut each spring. Drip irrigation has been installed in the field, but given that lavender likes a drier soil, they rarely need it. To ensure a continued supply of plants for the next season, Eric Stahlheber with Southernwood Gardens grows plants for Shawnee Hills Lavender in his greenhouse in Alto Pass. The Clovers are learning as they go, changing varieties to see what works best and trying different techniques to ensure proper drainage. Doug said, “It sounds easy, but it is a lot of work.”

Given the environment, Charlotte and Doug understand they may always struggle with the crop, which can be both frustrating and rewarding. In winter, they go into “panic mode” as the lavender goes gray, and in the spring as the plants begin to show new growth they experience “a sense of relief.”

Lavender has many uses, but is commonly valued for landscaping, as a flavor component in foods and beverages, and as a fragrance in perfumes, medicines and essential oils. It is also believed to calm restlessness, insomnia and nervousness. In addition to u-pick bouquets, lavender has value-added components as it can be used in sachets, potpourri, soaps, lotions, and candles. Locally, Tanya Edelman with Girly Nature uses lavender essential oils in some of her goat milk products, and Katie Ehlers with Sassy Kat Kandles and Krafts uses real lavender scents in her candle making. 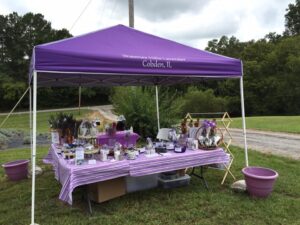 Shawnee Hills Lavender is currently growing nine varieties of lavender which bloom in early June, with the taller varieties blooming about a week later. Charlotte finds that Royal Velvet is perfect for lavender lemonade. Phenomenal seems to do better in our high humidity region, and Grosso, which is mainly used for oils, is one of the larger plant varieties available at the farm.

Lavender plants typically take three years to reach maturity, so the first rewards of the Clover’s labor came in late May of 2016, when their rolling hill turned lavender. Charlotte created a Facebook Event page to promote the first U-Pick event at the farm. During a six-day period over the course of two weeks in early June, 800 people visited the farm, located at 480 Brown Section Road in Cobden, to pick their very own bouquet of lavender. In addition, Charlotte and Doug harvested 600 bundles for wholesale and retail sale, during the three-week harvest window. Charlotte said, “It was gratifying to watch the excitement as people picked their very own lavender – perhaps, for the first time in their life.” In addition, local restaurants, Cristaudo’s and the Global Gourmet came to the farm to pick lavender for use in their restaurants. 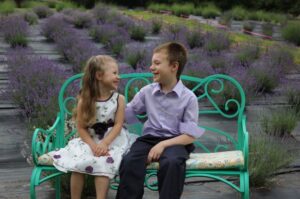 Plans are currently underway for the 2017 U-Pick event. Local restaurants including the Brick House Grill and Hedman Vineyards are planning to incorporate lavender into their menu during this year’s u-pick lavender season. In addition, lavender-based items, lavender lemonade, and plants will be available for sale at Shawnee Hills Lavender during the u-pick event.

Throughout the year, dried bundles, sachets, and other lavender-based products are available at Apple Blossoms Gift Shop on Main Street in Anna. Within the gift shop you will find a room dedicated to everything lavender, including: sachets and dried bouquets from Shawnee Hills Lavender; Girly Nature soaps and lotions; and lavender scented candles by Katie Ehlers. And for your shopping convenience, beautifully wrapped lavender-themed gift baskets are packaged and waiting for you. Charlotte, a Country Financial representative by day, is also experimenting with lavender teas, which she hopes to have available for retail sale in the near future.

“I first met Charlotte in October of 2013 when I was speaking to a group of Union County leaders on the importance of ‘buying local’ to the sustainability of the local economy. Since our first meeting, her can-do attitude has always been apparent. She doesn’t just talk about doing something, she actually gets it done. This quality, combined with her high-energy and attention to detail are serving her well in her field of lavender.” – Susan Odum, Extension Educator, University of Illinois Extension 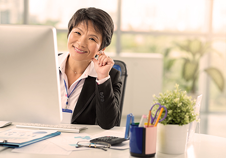 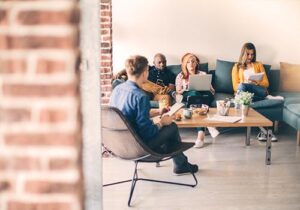 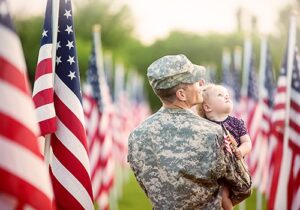 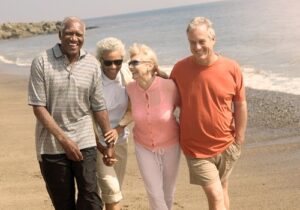