Keeping energy costs low is fundamental for non-profit, member-owned electric cooperatives. It’s job one. That’s why co-ops believe in an all-of-the-above energy strategy, one that incorporates coal, natural gas, nuclear and renewable energy. It also means co-ops have to be very innovative when it comes to development of renewable energy sources, smart grid efficiency technology and energy efficiency programs.

The proposed Environmental Protection Agency’s Clean Power Plan requires the reduction of CO2 emissions by 30 percent overall. To reach that goal the EPA is suggesting four basic measures — improve the efficiency of existing coal-fired plants, increase the use of natural gas fired power plants, expand the use of renewable energy and increase energy efficiency.

Co-ops already have a history of doing these things when they make economic sense. For example, electric co-ops along with municipal utilities already own the most energy efficient and clean coal plant in the United States. They have purchased renewable energy through a nationwide renewable energy cooperative and developed many innovative renewable energy projects. Co-ops have been early adopters of smart grid technology that helps improve grid efficiency and have a long tradition of promoting innovative energy efficiency ideas such as geothermal heat pumps.

Co-ops believe it is critical to have a diversified energy portfolio. That’s just common sense. It is also important to continue to develop new sources of energy. For example, co-ops have been involved in methane power development. Methane, also called “cow power” and landfill gas generation, smells bad and is a potent greenhouse gas. It can also be a renewable energy source. Doing a better job of managing waste and generating electricity has many benefits.

Dairyland Power Cooperative, one of five generation and transmission (G&T) co-ops providing power to Illinois electric distribution co-ops, has been a national leader in developing “cow power,” helping to better manage waste from dairy farms and adding to its 12.2 percent renewable energy portfolio. Wabash Valley Power Association, another G&T, is working with dairy farmers too, and is recognized as a national leader in developing landfill methane gas generation. Wabash Valley is providing more than 43 megawatts of landfill gas generation and trying to develop more.

“The numbers say it all. Cooperatives are committed to a diverse energy portfolio that includes an array of renewable energy resources,” says NRECA CEO Jo Ann Emerson. “Some credit for this increase goes to the National Renewable Cooperative Organization (NRCO), which enables cooperatives across the country to access cost-effective renewable resources. Owned by Illinois co-ops and others across the country, this is great example of ‘cooperation among cooperatives.’”

For a map of all the co-op renewable energy projects check out www.nreca.coop/wp-content/plugins/nreca-interactive-maps/RenewableEnergy/.

Electric co-ops support the use of incentives to encourage investments in clean energy. In 2005, co-ops worked with Congress to establish the Clean Renewable Energy Bond (CREBs) program. Under this program, the Department of Treasury uses proceeds from the sale of bonds to finance the development of clean energy projects. Non-profits like electric co-ops can use these incentives in place of production tax credits used by others to develop renewable energy projects.

Illinois Rural Electric Cooperative recently became the first electric cooperative in Illinois to open a solar energy plant. The Scott County Solar Plant was opened in March and has 2,223 solar panels all manufactured in the U.S. The plant will supply enough electricity for about 170 homes. This innovative co-op was also the first to build a wind turbine in Illinois and won the first Department of Energy sponsored Wind Cooperative of the Year award in 2006.

Cooperative Board President Robert A. Brown says, “This solar project, in addition to the cooperative’s wind turbine in Pike County and its share of Prairie Power’s (the co-op’s G&T) wind resources, brings Illinois Rural Electric’s renewable resources equal to more than 14 percent of the cooperative’s peak demand. Our renewable portfolio gives us the diversity, which we believe to be critical for the long-term.”

It’s not renewable, but natural gas has certainly become more plentiful and affordable. Utilizing more natural gas, which emits half the CO2 of most coal plants, is one of the areas states can include in their EPA Clean Power Plan. Hoosier Energy and Wabash Valley Power together own one of the three largest combined-cycle natural gas power plants in Illinois. The 630-megawatt Holland Energy plant, located near Beecher City in east-central Illinois, is the second power generating partnership for Hoosier Energy and Wabash Valley Power Association.

avid Stuva, President/CEO for Rural Electric Convenience Cooperative, isn’t afraid of taking on new technology whether it is smart grid, renewable energy or energy efficiency. He says, “Technology continues to improve by leaps and bounds. You have to embrace it and learn how it can improve your service to members.”

tuva says owning a wind turbine has been a learning experience. The co-op’s wind turbine was built on top of a “gob pile” at an abandoned coal mine just east of Farmersville and off of I-55. The co-op, in addition to believing in trying innovative technology, partners with its members who want to try renewable energy options. All the states’ co-ops have a net metering policy allowing wind and solar to be interconnected with the grid and net metered up to certain limits. The Auburn co-op allows a generous 20 kW of member-owned renewable energy to be net metered.

Stuva says, “Members need to remember it is a mechanical device and you are going to have break downs and outages. You need a good support system from the start and a maintenance agreement. There is probably more expense than you realize. Our wind turbine property taxes were a little higher than I anticipated and insurance was another $10,000 a year.”

Running the grid more energy efficiently using smart grid technology is another area where co-ops are forging ahead aggressively. More than 95 percent of Illinois co-ops have completed the install of automated metering infrastructure (AMI) — smart meters. Some are even installing new second-generation smart meters.

Information is the key ingredient for running the grid more efficiently. That real-time data from its AMI systems will help co-ops be more efficient and help members be more energy efficient too. And AMI smart metering will allow better outage monitoring and make it possible to offer new services such as prepaid billing.

“I think for the most part co-ops are not behind the times, they are more on the leading edge,” says Stuva.

Stuva says that the older he gets the less he likes to change. “But I try to keep an open mind and realize you can’t just keep doing things the way you’ve always done them. We can do so much more than we could just a short time ago, whether it is the linemen in the field with iPads, or a customer service representative in the office, or even a member checking our live outage map or their account on our website.”

So why are co-ops ahead of the curve and innovative? Stuva says, “We are member-focused with local employees, local directors and we serve the members first, not stockholders. Maybe we do a better job of listening to what the members want.”

For more than 20 years now, Illinois electric cooperatives have focused their energy efficiency efforts on geothermal heating and cooling. The most efficient heating/cooling technology available today, modern geothermal systems, offer efficiencies of up to 500 percent.

Likewise in south-central Illinois, Tri-County Electric Cooperative has been encouraging co-op members to “go geo.” Veteran Member Services Director Bruce Barkau manages a unique program called Certified Comfort Home. More than 225 Tri-County members have built Certified Comfort homes with geothermal systems and Barkau guarantees their energy usage for heating and cooling. “Many of these members have homes with monthly heating or cooling bills of $40 or less,” he says.

The state’s largest cooperative, Corn Belt Energy, has about 1,250 members using geothermal systems. Since 2010, the co-op has provided rebates for more than 120 geo systems, totaling more than $180,000.

“There are two main reasons why geothermal has been so successful,” says Bob Dickey, EIEC Vice President of Marketing. “Our members save an average of $1,295 annually in heating, cooling and domestic hot water bills by not using electric resistance heat or propane gas for heating. And our members have told us their geothermal heating and cooling system is much more comfortable than any other type of heating and cooling system they have experienced.”

The environment wins too. The EPA has endorsed geothermal by calling it the most efficient heating/cooling technology available today. The EPA has determined that geo uses nearly 50 percent less energy than the very best gas furnaces available. The average geothermal system cuts CO2 pollution in half, compared to an 80 percent efficient LP furnace/central air combination or a typical air source heat pump.

Over the past few years Illinois electric cooperatives, in partnership with the Illinois Clean Energy Community Foundation, have helped 47 community organizations such as schools, churches, fire departments and others, install geothermal systems. Combined, the systems have saved more than 8.9 million kWh, which is equivalent to 6,201 metric tons of carbon dioxide.

John Freitag, Executive Director of the Geothermal Alliance of Illinois, says that rural residents especially have every reason to install a geothermal heating/cooling system. “If the alternative is LP gas and central air conditioning, it isn’t really much of a decision,” Freitag said. “Especially after last winter when we saw LP shortages and price spikes.”

Regardless of what happens with the EPA’s Clean Power Plan, co-ops will continue to look for innovative ways to provide reliable and affordable electric service. So where can co-ops improve? Stuva says, “We don’t do a good enough job of telling our members about the new things we are doing. That is one area all businesses could do a better job, communications with their employees, their customers and the general public. We could all improve on communications.” 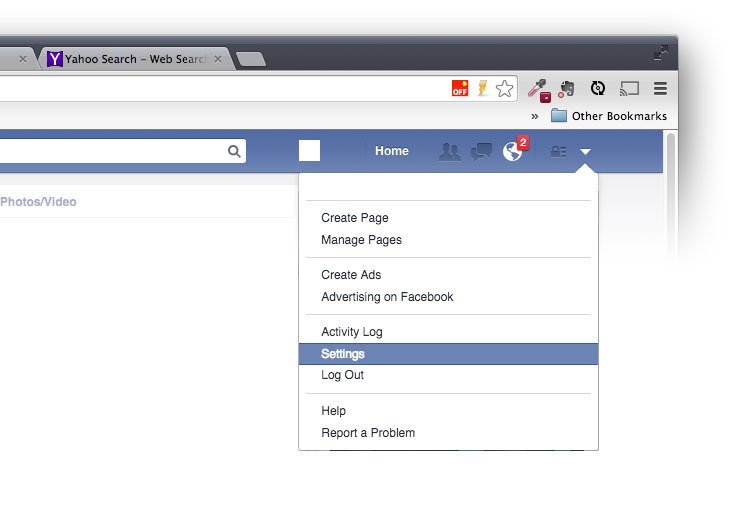 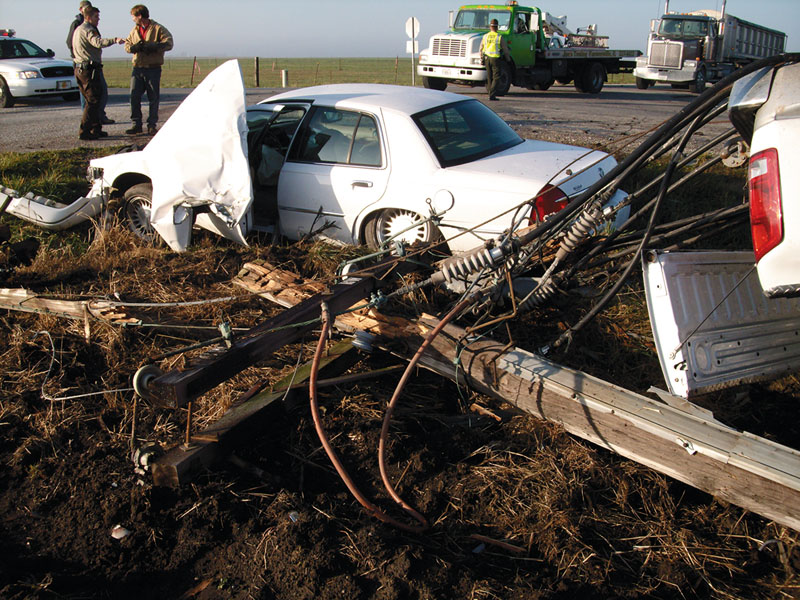