What do Bobby Flay, Kate Middleton (aka The Princess of Wales) and your Food Network obsessed neighbor have in common? Yes, they are all human, but let’s cut it a little finer than that. They all use cutting boards from John Boos & Company, a small manufacturing firm in Effingham, Ill. 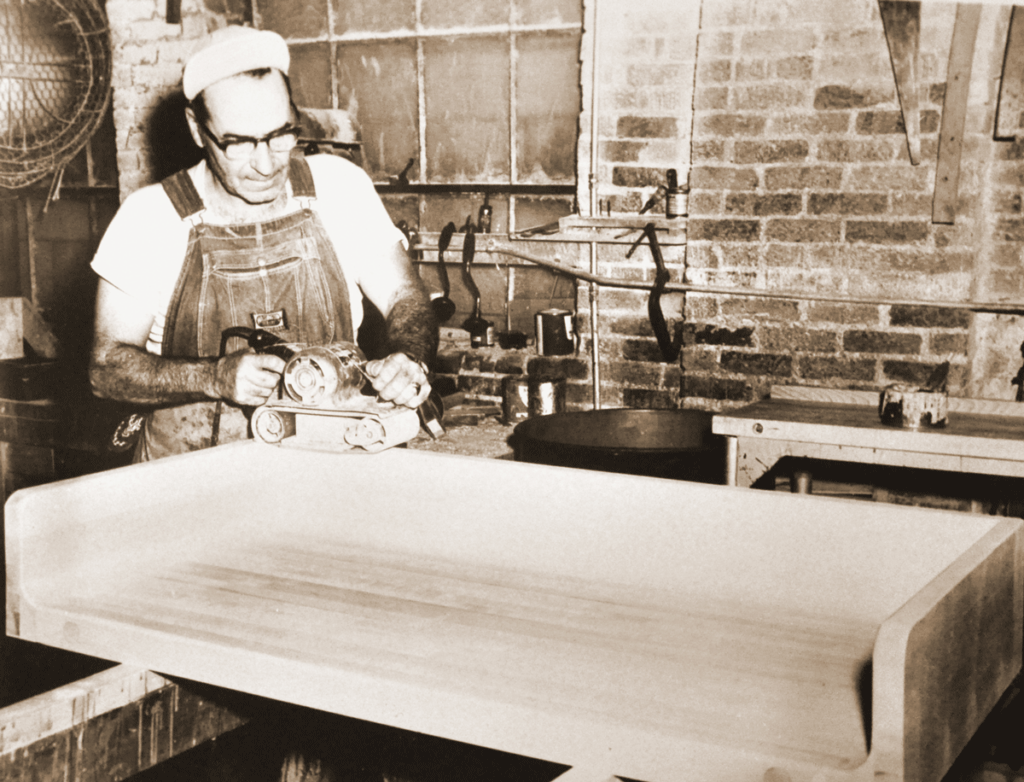 Today, the American public largely knows John Boos & Company for its cutting boards, and it does make a lot of them. Every year millions of feet of kiln-dried northern hard rock maple go in the front door of the Boos wood plant and tens of thousands of cutting blocks, in a variety of shapes, sizes and thickness, are shipped to dealers and distributors across the nation and in Western Europe, Australia, South Korea and even China.

So how did this small company in the middle of Illinois become a household name and the board of choice for chefs like Rachel Ray, Emeril Lagasse and the above-mentioned Bobby Flay? That part of the story goes back to the 1990s when the buyer for a fledgling TV network leafing through Frontgate, an upscale catalog of home furnishings, saw a John Boos cutting board and called the company directly to place an order. When the Food Network debuted on November 22, 1993, its star chefs were chopping, slicing and dicing on Boos cutting boards.

But there is a larger story, the story of an enterprising immigrant, ingenuity, luck, and the ability to adapt to changing times. It’s an American story; a story that begins in an Effingham blacksmith shop some 130 years ago.

Conrad Boos was a blacksmith and entrepreneur. In addition to his smith work, he harvested timber on the side. In 1887, he took a cross section of a large sycamore tree he had harvested and mounted it on three legs for use in his blacksmith shop. According to company lore, a local butcher saw the block and insisted on having one for his meat market. Conrad’s son, John, made a copy of his father’s block and delivered it to the butcher. Recognizing an opportunity, Conrad and John began selling their blocks to butchers and other businesses in the area, and a business was born.

In 1892, a German immigrant, Adelbert Gravenhorst, saw the potential of the company. He purchased and incorporated it, and installed John Boos as the first president. The capital Gravenhorst invested in the company allowed it to expand operations and increase market share.

In the early years, the company manufactured a single product, and the goal of everyone from the company president to the saw operator was to make the best product possible. It was a matter not only of company pride, but of company survival. An early company slogan stated, “Wherever steel meets wood, Boos is best.” In 1900, a Boos block was shipped to Paris for exhibition at the World’s Fair.

The block that traveled to the World’s Fair was much different from the cutting boards or butcher blocks you find in today’s kitchens and restaurants. It was a product for wholesale and industrial use. In the late 19th and early 20th centuries, blocks such those made by John Boos & Company were widely used. They were used in butcher shops, blacksmith shops, textile mills and many other businesses and industries where materials had to be cut, carved, chopped or pounded.

To see an early Boos Block, stop by the factory store and outlet at 507 E. Fayette Ave. in Effingham. When you walk through the door, you are surrounded by wood, trays, bowls, wooden kitchen utensils and cutting boards of all shapes and sizes. Their hues range from the soft tan of hard rock maple to the deep rich brown of walnut. Dominating the entrance to the store is a butcher block table some seven feet in diameter, weighing over 1,400 lbs. Built to go into celebrity chef Tyler Florence’s new test kitchen, it will remain on display until the kitchen is finished. But in the shadow of this massive table sits a smaller block, about 30 inches in diameter, resting on three legs. The top is cracked from age, and grooved and gouged from years of use. The sides are covered in paint, once white, but now the color of ancient ivory, and splotched with red pigment.  An antiqued catalog page atop the block identifies it as a “Turned Sycamore Shop Block……Style “1.” This is the block that John Boos & Company made for the first several decades of its existence.

As the 20th century progressed, changes in industry and the growth of markets and restaurants meant that Boos shifted more toward the manufacture of butcher blocks, and added work bench tops to its product line. During those years, it also moved from using a single cross section of sycamore to the laminated hard rock maple still in use today.

Why hard rock maple? Ted Gravenhorst, vice president of sales and marketing and the great, great grandson of Adelbert Gravenhorst, explains, “Hard rock maple is, first of all, hard enough to stand up to constant cutting. It has great gluing properties, so lamination is easier, and resulting boards and blocks are stronger. It has no tannins or odors that could alter the taste of food. In terms of sanitation, it is the only wood approved by the National Sanitation Foundation. A 1992 study found that wood kills bacteria. So it is perfect for food service applications.”

John Boos & Company weathered the Great Depression and, with the onset of World War II, it like most of American industry, became a supplier to the armed forces. When the war ended, the company moved to become a national presence in the food service industry. In 1946, it added a west coast representative, Pacific Marketing of Heywood, Calif. That partnership would be instrumental in the growth of the residential side of the business.

In the late 50s and early 60s, plastic was making inroads into the cutting board market as it was deemed to be better for food safety than wood. Longtime customers such as supermarkets were shifting from wood tops to stainless steel with plastic cutting boards. Faced with this threat, in 1965 the company built its first stainless steel table.

For just over seven decades, John Boos had been a strictly wholesale commercial operation, but in 1958 the company began to expand into the residential market. Ted Gravenhorst explains, “Our west coast representative, Pacific Marketing, came to us and said ‘there’s this little gourmet store out in Sonoma, we might want to go out there and see if we can sell them some product.’  The guy who ran it was Chuck Williams, and he was interested. So in 1958, we became the supplier of cutting boards to Williams-Sonoma, and for a time we were the only cutting board it sold.”

In the 1970s, as butcher block countertops became increasingly popular, Pacific Marketing began approaching home builders, and soon countertops became another facet of the business. Almost four decades later, it remains a solid, if modest, part of the Boos portfolio.

As it entered the 1990s, John Boos & Company was in a comfortable position. It was making inroads into the residential market, and supermarkets and fast food chains were sustaining the stainless steel side of the business.

In 1995, the company found another market for its stainless products when a chance call on a Kansas City consulting firm resulted in John Boos supplying the food service equipment for a major stadium. Over the past 20 years, John Boos equipment has been installed in a number of stadiums including MetLife Stadium (home to the New York Giants and Jets), Lucas Stadium (home to the Indianapolis Colts), the Cowboys Stadium (Dallas Cowboys), and new stadiums for both the Atlanta Braves and Atlanta Falcons.

Things were also happening on the residential side. When the company created a new furniture line, the American Cucina series, Williams-Sonoma, long-time vendor of the cutting boards, spied the furniture at a trade show and placed several pieces of the line in each of its 150 stores.

Like nearly every American business, John Boos & Company was impacted by the great recession of 2009. Due to the combination of less disposable income for consumers, and the slowdown in the housing market, the residential side of the business suffered, but commercial sales continued to grow.  That growth was one of the factors behind the company’s need to expand. In 2012, it built a new corporate headquarters and a 121,740 square-foot metal plant on 12 acres on the outskirts of Effingham.

The wood plant is still located behind the store on Fayette Avenue, but in 2017, it will move to a 113,000 square foot facility just a few hundred yards from the metal plant. Today, in addition to its stadium work, John Boos & Company serves a list of clients that includes the burger chains Steak N Shake, Freddy’s, and Smash Burger; Panera Bread, and the grocery chains Kroger and Safeway.

John Boos is still not a large company, but its exposure on the Food Network by celebrity chefs have certainly made it a known commodity among professional and amateur chefs, and their legions of fans. This success at home is spawning success abroad. In spite of the damping effect that the strong dollar has had on American exports, the past five years have seen steadily increasing sales in Western Europe and distribution in Australia, South Korea and China. In terms of sales, Tim Gravenhorst was frank about its achievements and goal, “We did over $50 million in sales last year and our goal is to top $100 million in the next few years.”

John Boos & Company is no longer a family business (Tim Gravenhorst’s grandfather sold the company in 1981), but it still has the feel of family. Many of its 240 employees have been with John Boos for 10 years or more, and the company makes every effort to promote from within and to work with employees to find where they fit best within the company. It’s a policy designed to encourage loyalty as well as increase productivity, and it seems to be working well. There is a sense of camaraderie and shared purpose between management and plant workers. And whether they are shaping steel for a table, doing financial analysis or branding cutting boards with the Boos Board logo, it is evident they take pride in their work and pride in the products they produce.

And, at a time when Illinois is losing industry and the state’s 2016 outbound migration was the greatest in the country, John Boos remains firmly committed to Illinois and to Effingham.

It all began with a simple block of wood, but today the company’s stainless products are the choice of major sports stadiums, supermarkets and fast food chains. Its cutting boards are, in the words of one chef, “the Cadillac of cutting boards.” A major part of its success is due to its devotion to making a quality product, whether it is a cutting board or the custom fabrication of a commercial kitchen. But, Ted Gravenhorst spoke to another part of its success, “It’s about relationships; relationships with your customers, your employees, your community…if you don’t treasure those and maintain them, then ultimately you won’t succeed.”

John Boos & Company is a success story. It is an American Story. 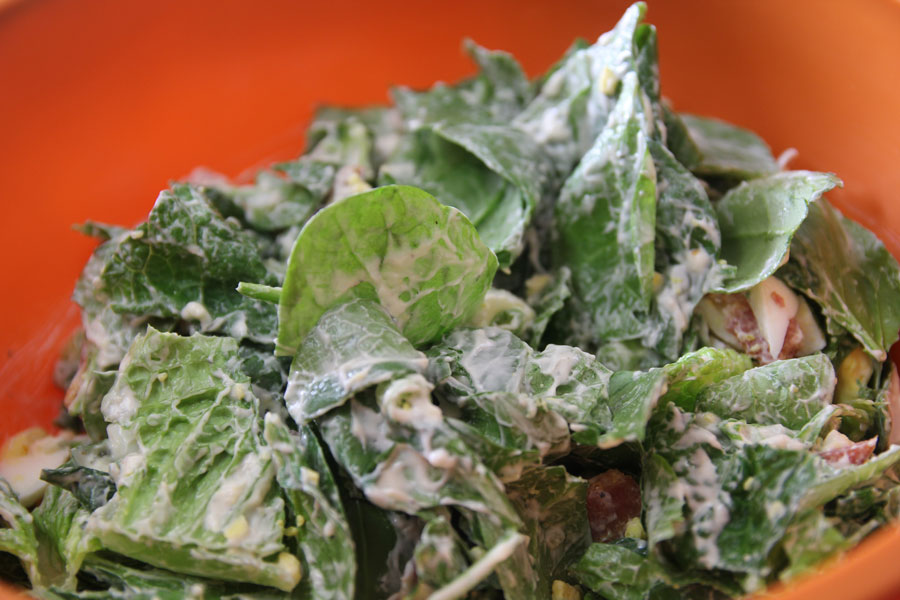 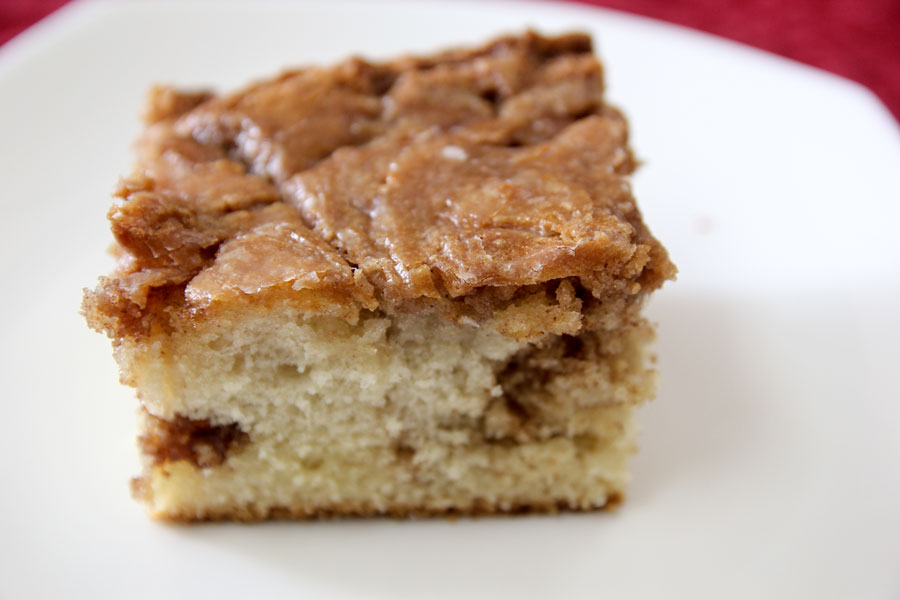