Life in the sandwich generation

It was the 90s. Divorced, and living in a two-bedroom upstairs apartment with her then six-year-old daughter, Ashley, the youngest of her three children, Marsha Satorius of Petersburg suddenly found herself a parent of yet another child-her mother, Dorothy Kemper, a woman in her mid-70s with early-stage dementia. Although Satorius worked as a fulltime nurse, she took her mother in, never imagining the roller coaster she’d ride for the next nine years.

When her mother was no longer able to climb the stairs to the apartment, Satorius purchased a three-bedroom home. She was able to leave her mother at home while she worked until full-blown dementia set in, then things got tricky. She would make lunch for her mother before she left for work, and her younger brother who worked nearby would check on her at noon. When leaving her mother alone all day became dangerous, Satorius hired her good friend, Joyce, who was a Certified Nurse Assistant (CNA) to sit with her for six hours each workday. But, that left her mother alone for one or two hours at the end of each day.

Satorius remembers one particular day well. As usual, she was in a rush to get home from work. She came in the door expecting to see her mother waiting for her. But, she wasn’t there! Panic stricken, she began frantically looking for her. Suddenly Satorius heard a strange noise coming from the kitchen. She realized in horror that the door to the basement was open. As she peered through the doorway, she could see her mother’s frail frame banging her walker against the wall, as she tried to maneuver down the stairs to the basement. Satorius shouted in a panicked voice, “What are you doing?” Her mother answered weakly, “Oh, there you are. I was looking for you.” Although her mother laughed about the incident, Satorius’s knees nearly buckled as she realized how disaster had been averted, and the many “what-ifs” ran through her mind. Her mother was OK-this time, but she was worried and exhausted, and just wanted to scream. She still needed to fix dinner for her mother and Ashley, and there would be clean up and laundry to do. She prayed that her mother wouldn’t be in “a mood” so she could get her to bed quickly. At midnight, feeling like a small tarp stretched across a football field, Satorius finally collapsed into bed, knowing that things would be just as hard, if not harder, the next day.

If this sounds familiar, you’re part of the “Sandwich Generation,” a growing number of primarily middle-aged women who are still raising children while caring for their elderly parents. You never imagine that at age 50 you’ll be working and parenting your parents, your children and maybe even your children’s children. With this scenario, someone is bound to be neglected, and chances are it is you. Crushing guilt is the new norm because there’s no way you can spread yourself thin enough to be everything to everyone all the time.

So, why is this the new reality? In the past, families weren’t as mobile. They cared for their elderly or disabled relatives until they died at home. And neighbors also watched out for the elderly in their communities. But today in many households, both parents work, and with improved healthcare, people are living longer. The price of long-term healthcare continues to escalate, while the need for long-term care facilities and home healthcare workers, especially in rural America, is struggling to keep up with demand.

Since it can be hard to find reliable people who can provide in-home care, Satorius is thankful that Joyce was able to watch her mother. Although she paid Joyce, the cost was considerably lower than if she had hired a service to send someone out, especially to an outlying area. She says, “In our local paper, I see ads all the time for a family needing help Monday through Friday, four hours per day, for elderly person in their home. So there are people still reliant on the right kind of people with good intentions and are willing to take care of older people in their homes.”

Holding down a fulltime job, raising a young daughter and coming home every night to chaos related to someone with severe dementia was overwhelming. Although Satorius worked as a nurse, it was difficult for her to separate the person she was at work and the person she was at home. She explains, “Clinically I got it. This is her dementia and this is what’s going on. But the daughter in me really struggled because Mom would have times when she’d be very angry. I found myself angry at her and angry at my life. I’d ask myself, ‘Why am I doing this?”’ On the really bad days, she cried herself to sleep. She reached out to her brothers, who were helpful, but the lion’s share of her mother’s care continued to fall on her.

Unless this is your reality, you can’t imagine the emotional stress of watching a loved one who lives with you deteriorate both mentally and physically. Satorius’s mother would drift between the real world and a world she created from her imagination, and the reality of living in a place that bore no resemblance to the home she was forced to leave when her husband died. As her cognition declined, she became more and more confused and at times, angry. She would sometimes think a man she saw on TV was her son. Satorius would say, “Mom, we have my brothers, David and Dennis.” But her mother would get angry, and say, “No, it’s the other one.” Sometimes her mother would hear people singing and imagine that she saw children. Satorius would ask her what the children looked like and were wearing and what music the people were singing. She was relieved that her mother was hearing hymns. At least it wasn’t music she hated.

Ashley was a real trooper during the years her grandmother lived with them. Although Satorius and Ashley discussed the situation a lot, Ashley sometimes wished her Grandmother wasn’t there so she could have her mother all to herself. “We talked about that, and she felt guilty for feeling that way. I said, ‘You can’t feel bad about that. It is all consuming sometimes taking care of Grandma.”’ There were times when Ashley would go and stay with her friends just to have a desperately needed break away from the situation, and Satorius felt guilty because she was jealous that her daughter was able to escape the mayhem at home, and she couldn’t.

Circumstances eventually forced Satorius to put her mother into the care center where she worked at the time. Some people might question why she hadn’t done that sooner. Satorius explains that she didn’t come from a wealthy family so money was tight, but she always thought she’d be able to care for her mother. She thought, “I’m a nurse, I’m a mother and I’m a daughter. I’m all these things to all these people and I need to continue to do that, and what’s wrong with me that I can’t do this?” Only someone in that situation could understand that her body had kicked into survival mode just to get through each day. There was no time or energy to look realistically at the situation.

Rarely will anyone say they want to go into assisted living or a nursing home, and that makes it hard for their children, especially if they haven’t had a conversation with their parents about long-term care and end-of-life decisions. Time slips away, and before anyone realizes it, their parents could become physically or mentally disabled, they may not be comfortable discussing financial decisions with family members, or could be in denial about what will come next. Or worse, they might think that everything will just work out. By then, there are fewer options and assets that could have been protected to support them in their later years are no longer available. Springfield-based Elder Attorney David Edwards says that estate planning is a must. “Some people may think of estate planning as what someone like Bill Gates does.” But an estate can represent any amount of money or personal property. Edwards advises, “We have to plan ahead so the people who come after us know what to do and have the authority to do it.”

Most people know about wills and to name beneficiaries for their financial assets, but they may not be clear about things like long term care insurance. Edwards says, “Long term care insurance is the best way to protect yourself. It opens up a lot of other opportunities because with a good policy, you can have in-home care, or care at any facility-assisted living or nursing home. Medicaid is a lot more restrictive when it comes to where you can go and Veterans Administration also has some limits.” Hybrid policies that are life insurance policies with long-term care riders have become increasingly popular. Edwards explains, “The nice thing about the hybrid policies is you have a life insurance policy, and if you need long term care assistance, you can draw it down. If you don’t need it, or pass away before you use it, you can pass it along to your kids because it isn’t a ‘use it or lose it’ plan.”

Satorius agrees that having a long-term care and financial plan, as well as a conversation about end-of-life wishes with loved ones, is crucial. She is in the process of working on her own plan and is starting the conversation with her children. But it’s difficult because no one really wants to face their own, or their parents’, mortality. But the earlier that discussion begins, the better the future outcome will be.

What advice does Satorius give to people who are sandwiched between two generations? She says, “Having a good friend who will love and listen to you is crucial.” She says that keeping a sense of humor will allow you to accept that you’re not perfect. And journaling has been helpful for her. She explains, “I learned what a flash drive was. I put one in and just started journaling because I needed to pour all that emotion out.” She’s told her daughters about it and hopes they’ll read it and that it will be helpful for them in the future. And finally, she recommends relying on your faith for strength.

Does Satorius look back at the years her mother lived with her with regret? “No, while trying to juggle a career, my family and my mother, I really felt that I was part of the Sandwich Generation,” she explains. “But looking back, I wouldn’t do anything any differently. I did the best that I could, and I’m glad I did it.” 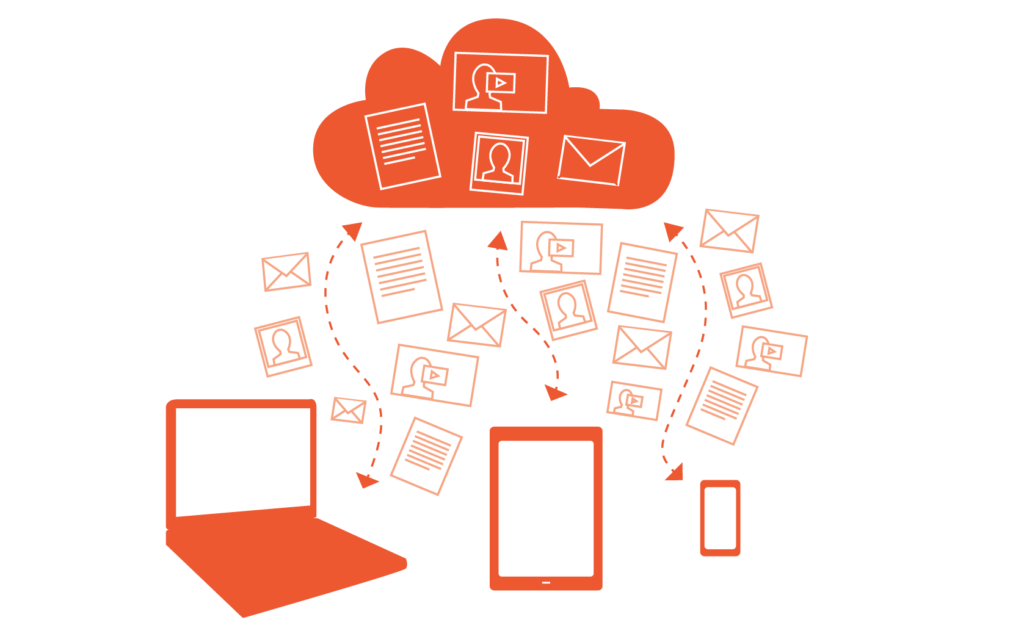 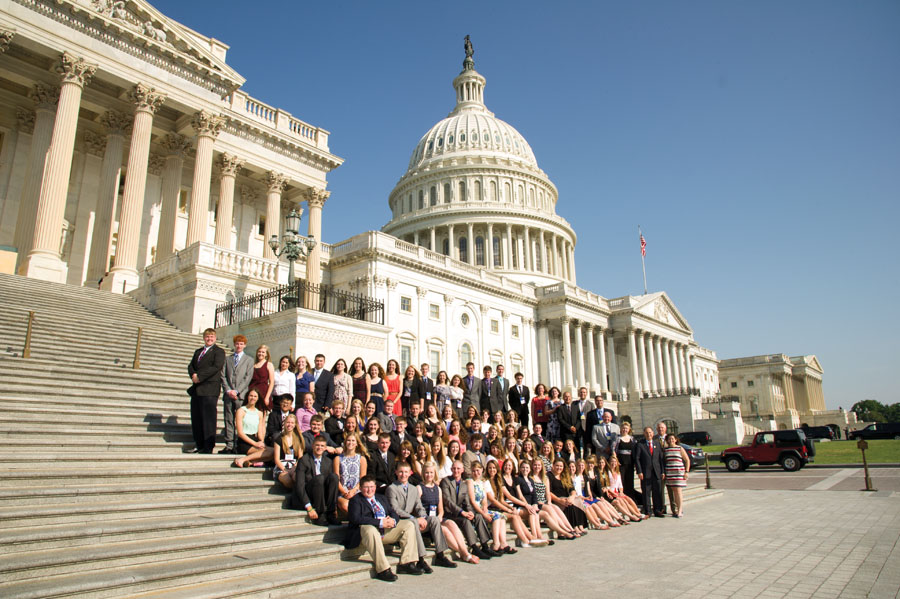