Finding and collecting shed antlers has become one of the most popular activities among all segments of the population. Many folks are now spending late winter days looking to bring home a pile of discarded whitetail deer antlers.

There seems to be no limit to the uses for these shed antlers. The creativity of some of these decorative pieces is truly amazing. I have seen them made into everything from centerpieces to lamps to door handles. Others just like to collect them. Either way, the mice and squirrels are getting fewer and fewer antler treats each season.

In the past, the only sheds I collected were ones I accidentally stumbled over while turkey and mushroom hunting. I have a modest collection along with items such as skulls, some with the antlers still attached. There are many surprising things to find on the forest floor if you are looking for them. I realized this last week as I participated in my first organized shed hunt.

I spent several days last fall hunting with new friends Luke Terstriep, Sr., Luke Jr. and younger brother Lance. We had some outstanding hunts and we are already gearing-up for spring turkey season. Last week Luke Jr. and Lance invited me to go with them to look for sheds on one of their properties. I happily accepted.

I figured shed hunting was nothing more than milling around looking for antlers. These guys had a plan, were organized and wanted to systematically cover the farm. They intended to cover every square yard of the property.

Their plan was based on the data they had already collected about buck activity since deer season ended. Trail cameras showed a large number of bucks using a particular food plot during the big snow of early February. They also found dozens of beds in the snow while coyote hunting the farm. They had a good idea of where the sheds might be, and the plan was to cover the area in a grid so as not to miss anything.

Luke got us on the board with a small three-point antler. As we moved down the hill, I was between them. By the time we hit the field edge, Luke had found three more sheds, including the match to the first find.

As we emerged from the timber, I was walking north when Luke yelled out about his find. As I turned to walk toward him, Lance was behind me and laughed as he picked up an antler just a few steps from where I had been. “You would have stepped on this one if you had not turned around,” he said as he raised the shed to show me. That’s my luck.

Luke was telling me about the day before when they were shed hunting. He spotted tine points sticking up in a field and thought he had found a huge non-typical antler. It turned out to be pair of rattling antlers attached by a small nylon cord. The farm had been leased to an outfitter last season and these were obviously dropped by a hunter. It was an unusual find for a shed hunter.

By the end of the day, the Terstrieps had found 18 nice sheds and an entire bobcat skull. I, on the other hand, had found two vertebrae, two leg bones and a doe skull. Twice I walked away from spots where Lance stepped in and found a shed. It just was not my day.

I had a great time and learned a lot about this growing sport. Maybe my turn to find some sheds will come during turkey season when I am watching the ground for mushrooms. 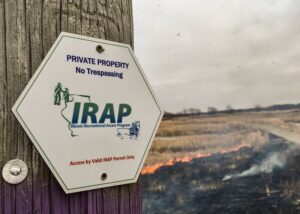 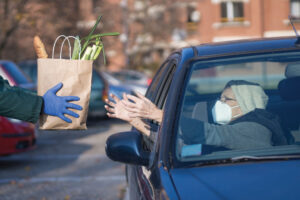 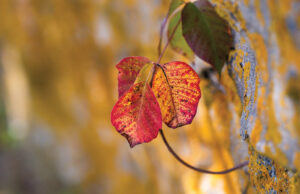 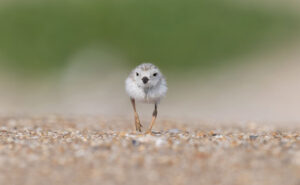 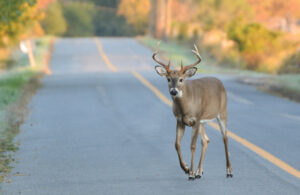