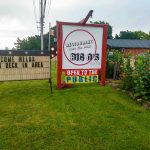 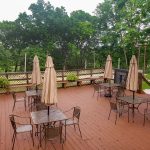 In rural Rock Energy Cooperative territory, you’ll find the staff of Big O’s on the Hollow serving up traditional American fare in the dining room and out on the deck. Freeport, population 23,000-plus, is home to the family-run restaurant, located on Illinois Route 75 off Route 20.

Kevin O’Brien owns Big O’s with parents Pat and Doreen. “I grew up just southeast of here in Oregon, Ill., where my parents raised me,” says Kevin. “We opened in March 2018. It was a business prior … kind of a hunting club, and they had a gun shop on one side. We came in and leased the gun shop back to them for the first year. After that, they left, and we turned that into another dining room.”

The “on the hollow” part of its moniker is a throwback to that previous occupant, Rock Hollow Hunt Club. The O’Briens decided to keep it and in doing so, add something unique to the name — “Big O’s.”

Kevin managed the Applebee’s in Freeport for a little more than 12 years when the opportunity to open a restaurant presented itself. “I saw something Freeport was missing and figured we could fill a void.”

He says there were challenges early on. “We definitely had a little of a rough road. 2018 to 2020 were the first two years opening the business, so that was just a nightmare in itself. And then we went right into the pandemic for a couple more,” says Kevin. “We’ve managed to continue growing through all of it, other than the couple of months at full shutdown. We’ve managed to continue building the business.”

“Other than that, it’s just the normal business as usual — staffing and trying to keep everything going. It’s nothing particular. There’s just always something,” he adds.

He says what they have to offer, and what their customers love, is classic American food that fits their rural community. “We took a little bit of what [the hunt club] had done originally and added our own twist, and just tinkered with it over the years.” 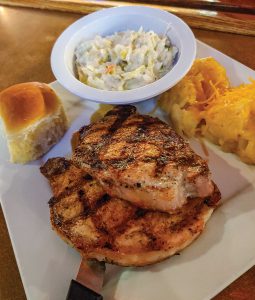 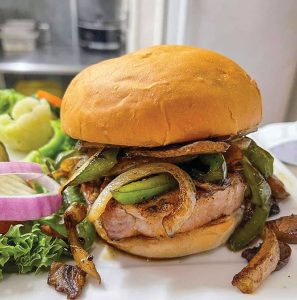 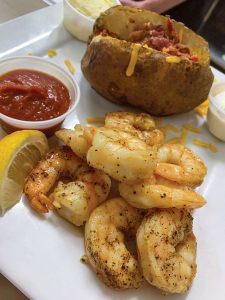 The menu features burgers, sandwiches, steaks and pasta, as well as “fun stuff,” like alligator and duck strips, and, of course, their daily specials. “Our fried cod on Friday night is probably number one, we just sell so much of it. Then burgers. People tell me all the time we’ve got the best ribeyes around,” Kevin says. In addition to Friday’s all-day fish fry, customers can enjoy specials on cheeseburgers, tacos, wings, pork chops, tenderloin and smoked prime rib throughout the week.

“I can’t say that I have a favorite per se … my go-to is my good old farm-house chicken sandwich because it’s a little leaner meat, and then the brisket mac and cheese. But you can’t eat [the latter] all the time,” he laughs.

Appetizers, salads, other sandwiches and a variety of entrees — like smothered chicken covered with sauteed mushrooms, onions, green peppers and choice of cheese; a prime rib wrap with mango habanero aioli wrapped in a jalapeno cheddar tortilla; and shrimp seared with lemon pepper or hand-battered and deep-fried — round out the menu.

Although the restaurant draws travelers on the Route 20 corridor between Rockford and Galena, he says most of their traffic is local. “I get people who literally eat here five or six days a week,” says Kevin.

The restaurant’s open layout accommodates 20 to 22 tables in the dining room, but with the deck and additional dining room, he says there’s always plenty of room. “You’re never waiting too long,” he says. “It’s a comfortable, clean environment. … My retired mother is in here all the time decorating, so she keeps the place looking nice.”

Big O’s, like many other restaurants, hosts private events and provides catering services, which also keep the staff of around 15 busy. “We’ve done weddings upward of 140,” he says. “The private room works great for baby showers and kids’ birthday parties.”

Another unique feature of Big O’s is its professional-grade volleyball courts. “Volleyball has been going on here for some 20 years or so. It’s one of the successful things we picked up from the prior business, but we did put a lot of money into those courts … into the yard and the sand and new fencing. Everything is perfectly measured and leveled,” he says. “We do 16 teams on Wednesday nights through the summer.”

Now beyond those challenging beginning years and on solid ground, Kevin says his plans moving forward are relatively simple: “Just to continue to grow, keep it moving and keep investing in the business and the community for the foreseeable future,” he says. Those who favor American fare “on the hollow” will likely be glad to hear it. 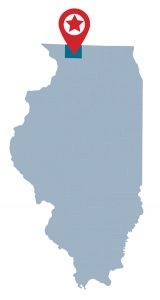 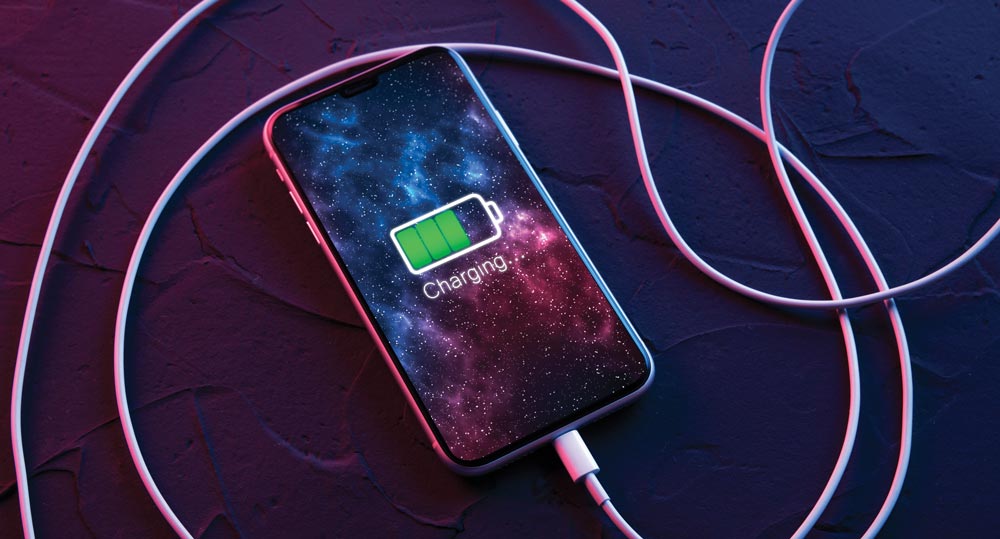 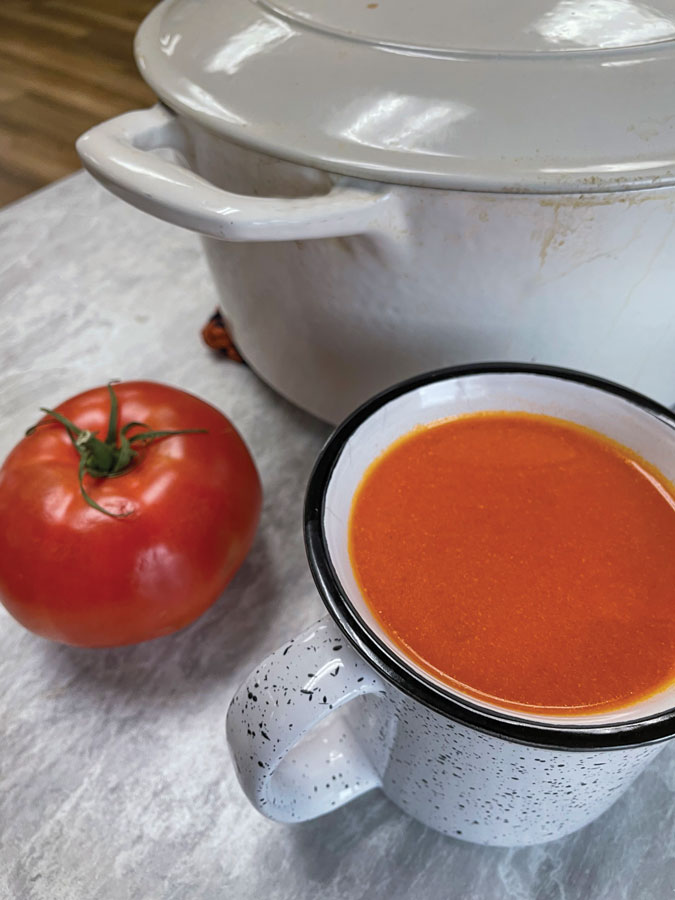 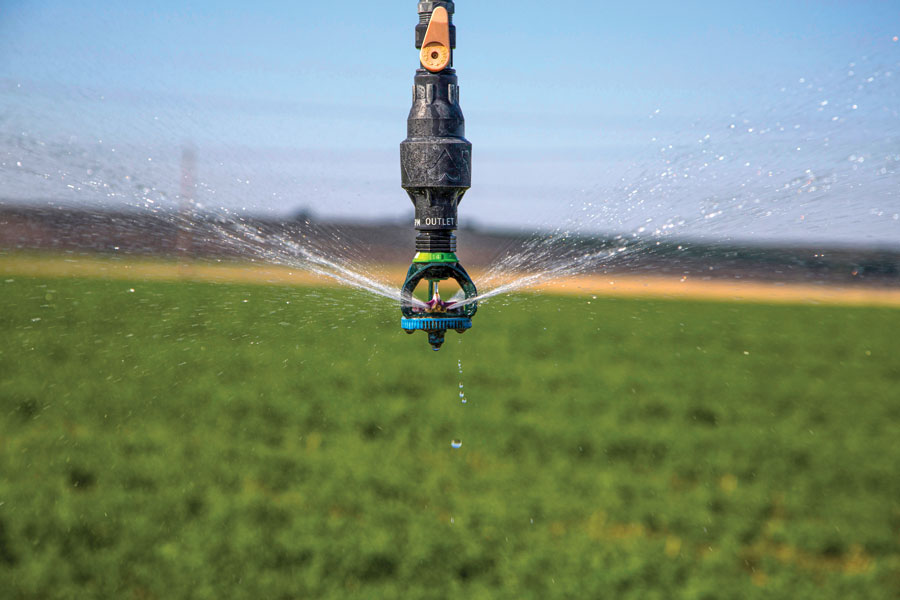 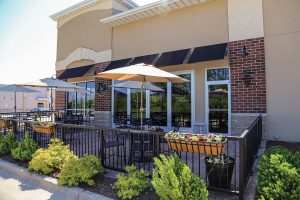