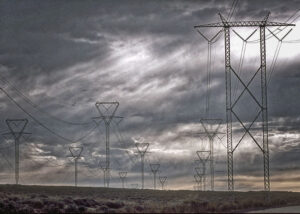 In a report to the U.S. House of Representative’s Committee on Energy and Commerce, Midcontinent Independent System Operator (MISO) President and CEO John Bear warned that the eleven states in the MISO region could see a two-gigawatt ­shortage in reserve electric margins in 2016.

MISO serves all of Illinois except for the Chicago area. In the winter of 2013-2014, extreme cold conditions impacted the MISO region on several occasions. Although MISO member utilities were challenged by the severe cold they were able to reliably manage the power grid.

Bear said in his letter to the Committee, “While we are certainly proud of what was accomplished this past winter, it is the 2016 and beyond period that has our full attention. The nation’s changing energy landscape could reduce our ability to maintain reliability.”

The MISO region currently has enough reserves. “However, MISO’s generation fleet is being affected by age, fuel prices and environmental regulations. These factors are driving the retirement of many power plants, which will erode reserve margins and increase reliability risk,” said Bear.

Bear added, “That forecast assumes a demand level consis­tent with normal weather conditions. Extreme weather occurring in combination with ­inadequate reserves would result in an exponentially higher probability of a loss of load scenario.” In other words the grid could be very ­unstable and there could potentially be blackouts.

Illinois linemen rescue crash victims
National water use at lowest levels since before...
Route 66 gets electric car charging stations
Thank you for telling the EPA what you think
Winter heating assistance available through LIHEAP