While the first day of spring brought hope of warmer weather for many, Cathie Smith spent it a little differently. She sat next to a bright blue birthday cake in a busy Mexican restaurant surrounded by some of the people she loves most. 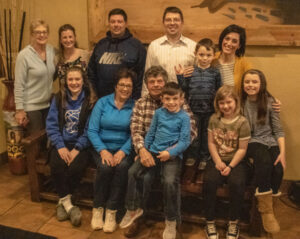 Her grandchildren presented her with a birthday present she will never forget – a poem. “We want to take a moment in our own special way / To give you a birthday message on your special day,” they began. “…So happy birthday, grandma, one surprise is left to be seen / You’ve been named Mother of the Year by Illinois Country Living magazine.”

Needless to say, this close-knit family is proud of their matriarch. While they have faced their share of trials, they are one of those families who love to laugh, be with each other and, most of all, have fun.

Cathie, who is a Menard Electric Cooperative member, was raised on a rural Petersburg farm and has spent her life teaching. She worked 34 years in the PORTA school district as a teacher, guidance counselor and principal. She raised two sons, Jeff and Jake, and a daughter, Megan, who is serving in the Navy overseas. Cathie plays an active role with her six grandchildren and is a role model for her two daughters-in-law, Tracy and Mary Kate.

In fact, Mary Kate nominated her for this honor. “Cathie has become more than just a mom to me,” she wrote. “As a transplant from the big city, Cathie has guided me through what it means to raise three children in a rural county. Our cattle farm children have known the life of growing up on and around the farm because Cathie has taken their hands, and mine, and led us through it.”

Mary Kate grew up outside of Philadelphia and is no country girl. “Cathie has trained me on how to be part of a farm family, and I felt I needed to nominate her,” she says.

Her first memory of Cathie was when she was invited to the Smith farm shortly after she started dating her husband Jake. “I felt like I was being hazed… like it was some sort of weird Smith induction ceremony,” Mary Kate remembers with a laugh. On that day, the calves were getting castrated. 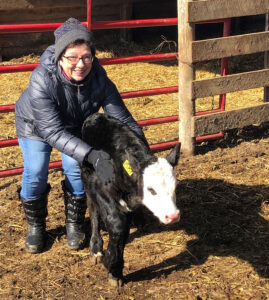 Larry, Cathie’s husband, put Mary Kate to work and told her all she had to do was stand by a gate and not let the cattle through. “Oh, that’s all I have to do?” Mary Kate states. “I had never been that close to cattle in my life.”

Not knowing what she was doing, she watched Cathie, who had the same job. With her arms outstretched, Cathie yelled “hey” over and over. Mary Kate learned her first country lesson from Cathie and did the same. “Every time I’m out there, I just see what Cathie’s doing and pretend I’m comfortable doing it,” Mary Kate explains. “I left that day hoping I passed.”

According to Cathie, she did, and both women have something in common. They are teachers. “I’m the new Mrs. Smith,” Mary Kate says.

“And that’s the truth,” Cathie responds. “When we go places, people will say, ‘Hey, Mrs. Smith!’ and I think they’re talking to me.”

While Cathie is known as mom to her three kids, she was Mrs. Smith to them too. In fact, she taught Jeff junior high English, and he firmly denies that she took it easy on him. When he moved on to high school, so did she as guidance counselor. “I was fortunate enough to have her at every school dance we ever had,” Jeff says with some sarcasm.

While Cathie has retired from education, she is far from retirement. She works on the farm, provides daycare for some of her grandkids and continues to be a role model and teacher for her family.

Tradition plays a big role in the Smith family. Growing up, 4-H was important to Cathie, and she continued that tradition by involving her kids and grandkids. The family always makes sure to get together for holidays and birthdays, and there are several farm traditions. 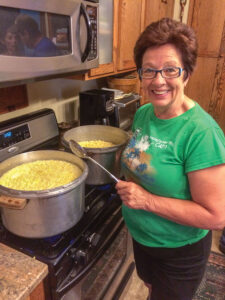 The family’s annual sweet corn party is one with mixed reviews. “The grandkids have gotten wise to when we say, ‘corn party,’ they know to take the party out of the scenario,” Larry laughs. “It’s a great time for everyone to get together.”

A sweet corn party starts with a pickup truck load of sweet corn, and everyone has a job. The corn gets shucked, cut, cooked, bagged and frozen. Not only does this provide food for the future, it is also valuable family time.

“And it is usually about 900 degrees outside,” Mary Kate jokes.

“Heat and bugs… what else would you want?” Larry adds.

“We always have a lot of fun and make lots of good memories,” Cathie says with a smile.

However, not all memories are good. On New Year’s Eve in 2010, a tornado struck the Lake Petersburg area. While many homes were damaged, one person was injured. Cathie.

She was waiting in the car while her sister, Jan Costello, went in her house on an errand. “We didn’t see the storm coming,” Cathie says. “I don’t remember anything.”

A tree fell on the car, and Cathie suffered a traumatic brain injury.

“It was a terrible deal,” Larry says. “Totally unbelievable.” It was touch and go for a bit, but Cathie showed what a force of nature she truly is and slowly made a full recovery, regaining her memory and mobility.

“For a while, she thought it was 1972,” Jan jokes, making light of the situation.

“But there was no laughing when the helicopter left with her in it,” Larry says.

“It was a pretty involved recovery,” Jake explains. “She was in the hospital for a while… They would work on physical therapy and memory, and she had to wear a neck brace for a time.”

While she disliked the neck brace, Cathie made the best out of the situation. “What was nice, every time we went to a doctor appointment, we would go celebrate afterward,” she says. “I was lucky. I’ve had a lot of luck in my life.”

The Smith family feels blessed with how everything turned out, and all are grateful for the mom, grandmother and friend they have in Cathie.

“It’s amazing to see how Cathie’s kids stay in touch with her,” says Jan. “It’s like a great friendship that they’ve developed over the years. She’s not just a mom. She’s their best friend.”

Upon finding out she was named Mother of the Year, Cathie was at a loss for words. “I’m flabbergasted… humbled… surprised,” she says. The rest of her family, however, were not surprised at all.

On Cathie Smith’s birthday, her grandchildren surprised her with this poem.

We want to take a moment in our own special way,
To give you a birthday message on your special day.
This year has had some good times and hard times too,
But no matter what happens, we are so lucky  to have you.
You take care of everybody, and that’s no easy feat,
We can count on you for sleepovers or a weekly DQ treat.
You’re always there for papa, especially when he’s stressed,
We know he loves you like we do. He thinks you are the best.
You help Tracy and Munchkin and the cattle on the farm,
And in all of your downtime, you even paint the barn.
You give advice to daddy and come to all of mommy’s shows,
How they would live without you, we will never know!
You are the world’s best grandma, sister, wife and friend,
If we had to list our thank-yous, this poem would never end!
So happy birthday, grandma, one surprise is left to be seen,
You’ve been named Mother of the Year by Illinois Country Living magazine!

Go to icl.coop to read all of the Mother of the Year nomination letters. 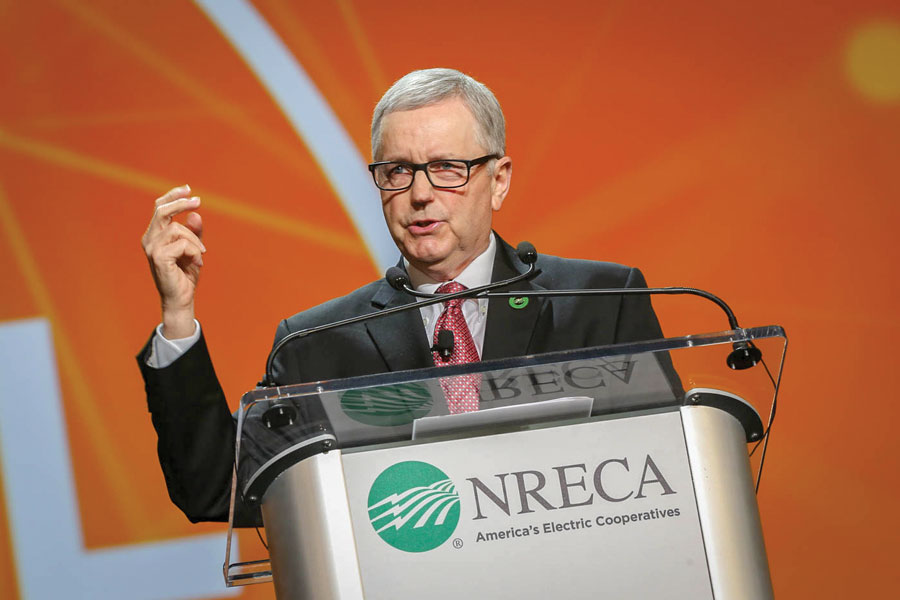 They grow WHAT in Illinois?