The allure of beautiful Nauvoo

At a large bend in the Mississippi River, about 47 miles north of Quincy, lies the village of Nauvoo, a mecca for historians and tourists. The city is split into two unique areas: historic and modern Nauvoo.

Historic Nauvoo was rebuilt by the Church of Jesus Christ of the Latter-day Saints, or Mormons, is located on the flats that border the river. Modern Nauvoo, which sits on the high ground above it, is the principal business and residential area. Also, atop the hill is Nauvoo’s most distinctive building, the temple, a gleaming white multistory copy of the original that was destroyed over a century and a half ago. 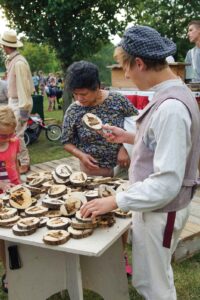 Historic Nauvoo is a collection of mostly 19th century buildings, set in a green space, dotted with tall shade trees and intersected by streets with names that recall the families who once settled there. On the high ground, Mulholland Street, the main thoroughfare, is lined with shops and eateries that mark Nauvoo as a tourist destination: Zion Mercantile, Grandpa John’s Café, Allen House Gifts, Country Cottage and Neff’s Old House Bookstore.

There is an air of tranquility about Nauvoo that beckons you to take a closer look. As you wander through the streets of historic Nauvoo or browse the shops on Mulholland in search of that perfect bargain or memento of your visit, it’s hard to imagine that this pleasant village of 1,149 was once a bustling city of 12,000 that witnessed scenes of intense violence and strife. How that came about is an important chapter in the history of Illinois, the Mormon faith and one reason tens of thousands of visitors come to Nauvoo each year.

The town began in 1829 as Venus, a three-house hamlet with a post office. By 1834, the population had risen to about 200 and land speculators had renamed it Commerce, a name more in keeping with their plans for the town and the area. Unfortunately for the speculators, the financial panic of 1837 put an end to those plans.

However, that would soon change. In 1839, due to the public outcry over the practice of Mormonism in Missouri, the state’s governor offered the religion’s followers a choice – leave immediately or face execution. Most of the followers fled. Joseph Smith, founder and leader of the Mormon Church, bought several parcels of land on the flats in Commerce and began a settlement there.

Within a year, several thousand church members arrived and immediately began improvements – draining the swamps of the peninsula and establishing farms, homes and businesses. In 1840, the new settlers changed the community’s name from Commerce to Nauvoo, a Hebrew word for beautiful.

Simultaneously, to prevent the persecution they had suffered in Missouri, the Mormons sought and received a charter from the state allowing them to establish their own militia and to institute a government, basically answerable to no one outside of Nauvoo. By 1844, Nauvoo’s population stood around 12,000.

But the prosperity and cohesiveness of the community, their growing commercial and political influence in the state, and the stark differences between their religious practices and those of their mostly Protestant neighbors incited jealousy and fear.

During that same time, a division within the community occurred. A group of followers upset with some of Joseph Smith’s practices and politics broke with him. They established a newspaper, which Smith, as mayor, shuttered and destroyed the press. Then as commander of the town’s militia, he declared martial law in Nauvoo.

Illinois Governor Thomas Ford called out the state militia, marched to Carthage and demanded that Smith and other officials surrender and stand trial for destruction of the press. On June 24, Joseph Smith, his brother Hyrum and several others surrendered and were housed in the Carthage jail pending trial. On June 27, 1844, a mob stormed the jail and killed the brothers.

Smith’s death did not spark immediate retaliation from Nauvoo, but it did encourage the anti-Mormon faction to further acts of violence and intimidation. Over the next two years, Mormons under the leadership of Brigham Young began to depart Nauvoo.

As their numbers dwindled, the anti-Mormon faction grew bolder and many of the faithful left under the threat of death, taking only the clothes on their back and what few things they could quickly gather. By the summer of 1847, the city of 12,000 had shrunk to a town of scarcely 1,000 residents.

One of the things the Mormons were forced to leave was their magnificent temple. Begun in 1841, it was not completed and consecrated until after Joseph Smith’s death. Set ablaze by arsonists in 1846, it was furthered damaged in 1848 when the north wall was destroyed by a tornado. In 1867, deeming the ruins a hazard, the city razed it.

For a brief period, Nauvoo was home to the Icarians, one of the many communal societies that came together and dissolved, usually in dissention, during the first half of the 19th century. Soon after, the arrival of Irish and German immigrants, fleeing the troubles in their own lands and seeking new opportunity in America, guaranteed that Nauvoo would continue as a community. Germans were so numerous and influential that prior to World War I, Nauvoo was the most German-speaking town in Illinois.

Although the Mormons had been driven from Nauvoo, it continued to occupy a place in their affections. Susan Sims of the Iowa Des Moines Public Affairs Council of the Church of Jesus Christ of the Latter-day Saints explains, “Historically, Nauvoo represents a time when the leader of our church, Joseph Smith, was able to live without being in prison and to teach many of the doctrines that were established during the Nauvoo period. A great many people, who are today natives of Utah, trace their ancestry back to individuals who lived in Nauvoo.”

It was that affection that led to the rebirth of Nauvoo and the eventual decision to rebuild the temple.

Sims details how, in the mid-1950s, one of the people with ancestry in Nauvoo started the revival of old Nauvoo. “There was a gentleman whose ancestors had owned one of the homes that was still standing. It came on the market and he bought it to refurbish as a summer home for his family. But so many people were interested in the house, and he was giving so many tours, that he gave up on the idea of a summer home and began using it as a historical site.”

That gentleman, J. LeRoy Kimball, great-grandson of Heber C. Kimball, a famed Mormon prophet, donated the property to the church. In 1962, he was the driving force behind the creation of Nauvoo Restoration Incorporated, which is principally responsible for the restoration of historic Nauvoo.

What began with Kimball’s attempt to rebuild a summer home, led to the renovation or reconstruction of several dozen homes and businesses. The visitor’s center was built and the new temple was constructed, a replica of the original, on the original site. At the temple’s completion in 2002, the church held an open house that drew over 331,000 visitors. Following the open house, the temple was consecrated and now is only accessible to church members. 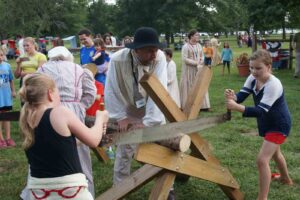 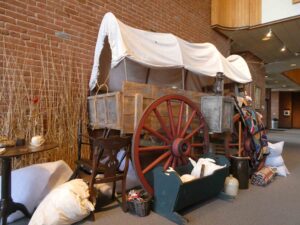 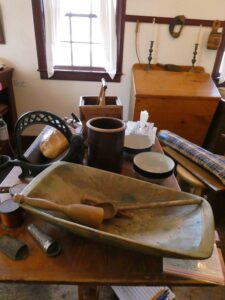 Whatever brings a visitor to Nauvoo, the temple is a must see. Although only those of the Mormon faith can enter the temple, the beautifully manicured grounds are open to everyone. One of the best vantage points for photographs, or to simply admire the architecture, is directly across the street.

Any visit to historic Nauvoo should begin at the visitors’ center. Videos and artifacts in the center provide a better understanding of Nauvoo and the people who built it. One of the most impressive artifacts is a sunstone that was part of the original temple.

With over 30 buildings and activities, there is a lot to see and do. A first-time or casual visitor, especially if time is limited, might do well to follow Sims’ advice. “I like to take people to the main street businesses –the print shop, blacksmith shop and the tin shop, because that is where we get to talk about the life of the town. The Browning Gun Shop is interesting. In fact, I think it is the most visited building in Nauvoo.”

If the name Browning rings a bell, it should. Proprietor Jonathan Browning, an inventor in his own right, was the father of John Moses Browning, founder of Browning firearms, and one of the most influential men in the modern history of firearms. Examples of the work of both father and son are on display in the shop. In addition to touring the buildings, visitors can take ox wagon rides, carriage rides and in the winter, if the weather cooperates, they can see the village from a horse drawn sleigh.

Not all historic Nauvoo belongs to the Mormons. The Joseph Smith Historic Site Visitor’s Center and five other sites along Water Street are the property of the Community of Christ, a church formed by those who did not go west with Brigham Young and his followers.

These sites include the Smith Family Homestead, the family cemetery and the Red Brick Store, a replica of the store Joseph Smith owned and operated. It is the only place in the old village where visitors can purchase items. The word is that they have a delicious root beer.

The Mormon legacy looms large in Nauvoo’s story, but it is by no means all of it. Alderman Tacy Anozie is an enthusiastic booster. “There’s always something going on in Nauvoo. We have great places to eat and great places to shop. We have the Weld House Museum and there are walking tours of the town. Take a look at our events calendar. There is something happening every month.

According to Anozie, Summer is Nauvoo’s busiest time, but one of its biggest events is the Bootiful Nauvoo Pumpkin Walk at Halloween. Mulholland Street is lit up with hundreds of carved pumpkins, and most of the shops are open. In August, Nauvoo will host its 82nd Annual Grape Festival. “We have a big wine scene around here,” Anozie says. “Nauvoo is home to Illinois’ oldest winery.”

This is in reference to Baxter’s Winery. Established by Emile Baxter in 1857, the winery has remained a family business for five generations. Kelly Logan, co-owner with his wife Brenda, is a direct descendant of Emile Baxter. Brenda Logan talked about the winery. “Today, we have about 12 or 13 varieties of grapes, so our wines range from a Norton, which is a heavy dry red, to a Niagara, which is a sweet white. Our Concord remains the best seller.”

Brenda also explains that like many small businesses, Baxter’s works at being a destination. “We have a full-service bar and music on the patio two or three times a month, and we host a home wine makers contest every year.”

Not far from Baxter’s, and just across Highway 96 from historic Nauvoo, is a small vineyard. Planted by the Icarians in 1851, it is the oldest Concord grape vineyard in Illinois. Like Nauvoo, it has weathered times both good and bad, yet it still bears fruit today.

Whether you have a few hours, a day or several days, consider coming to Nauvoo. As Alderman Anozie remarked, “There’s always something to do in Nauvoo.” 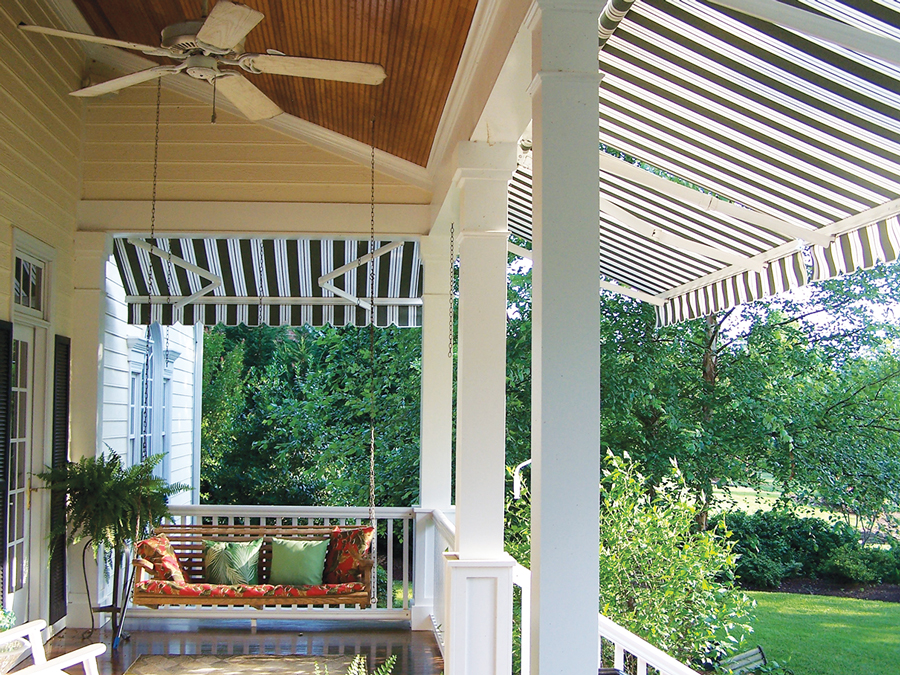 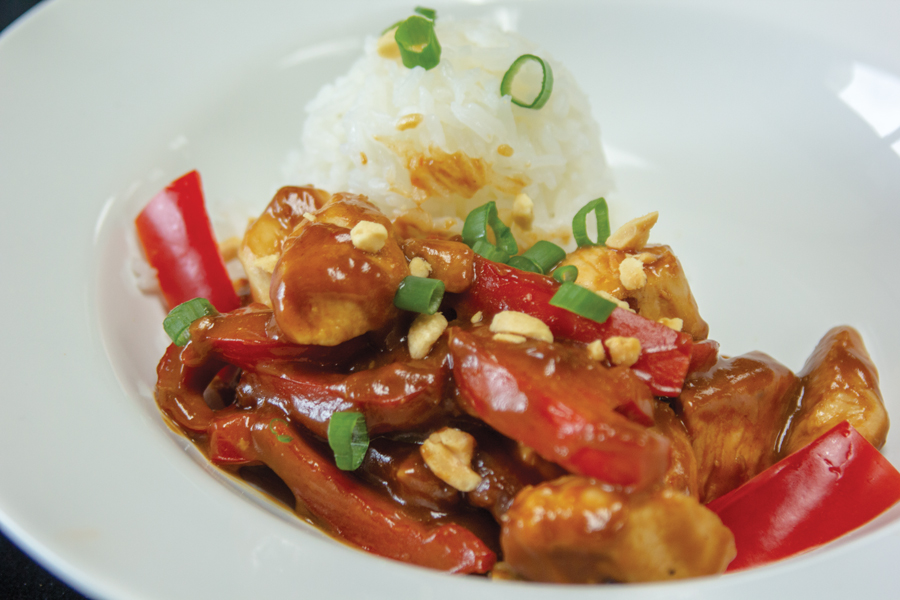 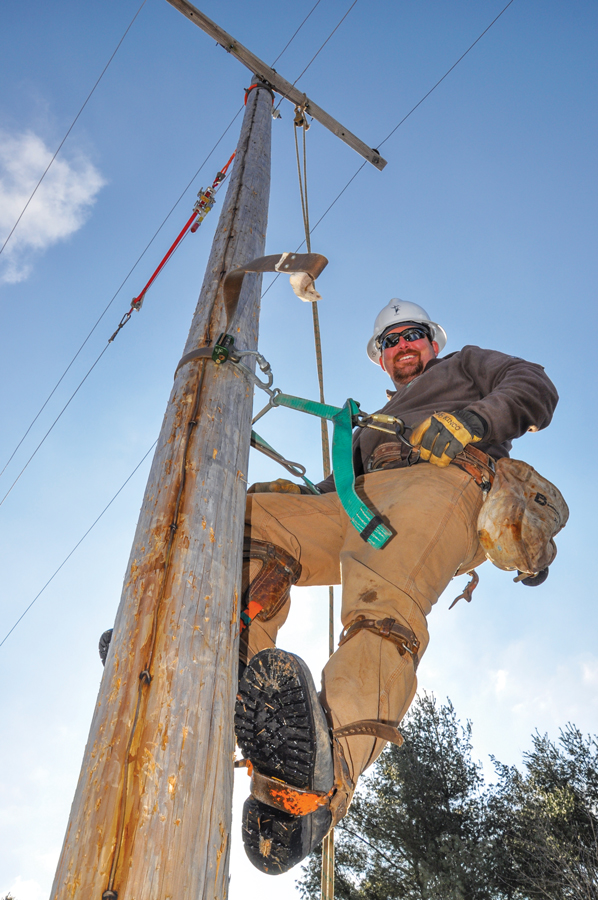