Mary Jo McCurdy banks on getting great food and friendly service at The Vault Café on the Square in Marion. It’s a safe bet that you’ll find her at least once a week sitting in the vault, literally.

The Marion resident is a frequent diner at this unique southern Illinois eatery located in a century-old building which originally was a bank, and she often selects the single table placed inside the vault for business meetings and catching up with friends.

“What happens in the vault, stays in the vault,” McCurdy says with a grin. “It’s where we solve all of the problems of the world.”

You might call the space with the table for four “cozy,” if being surrounded by tons of steel, bars and locks is your thing.

“People either love sitting in the actual vault or they hate it,” explains restaurant owner Rob Lundgren. “Sometimes they will be a little claustrophobic and back out. ‘No, we’ll actually sit out in the main restaurant,’ they will say. Others are super excited about sitting in there. It’s private and there’s money in there behind the bars.”

Lundgren says the money in the safe, left by customers similar to tossing coins in a wishing well, hasn’t been touched since the restaurant opened more than nine years ago. He plans to gather it up eventually and donate it to charity.

The vault itself (complete with a safe and heavy steel door) and the atmosphere of the vintage building, which was originally a first-floor bank with a hotel on the upper floors, are just part of the attraction of the restaurant located in the heart of the Williamson County seat. But, what brings people to the restaurant is the food.

The Vault is open seven days a week, but only for breakfast and lunch service. Lundgren says he missed plenty of evenings by working nights for more than two decades in a national chain restaurant prior to deciding to set out on his own.

“I’ve never been interested in doing dinner,” says Lundgren, a member of SouthEastern Illinois Electric Cooperative. “It’s harder to staff, and I like the idea of being home every night with my wife and kids. I didn’t want to worry about missing the rest of their childhood.”

He also wants to keep the offerings simple. “We didn’t want a 20-page menu that would take a half hour to look through. We wanted basic American breakfasts with omelets, eggs Benedict, pancakes and French toast. For lunch we wanted sandwiches including grilled chicken, hamburgers, club sandwiches and those sorts of things, but nothing fried,” he explains. “Lots of salads, sandwiches and wraps.”

Many first-time visitors are amazed at the breakfast offerings. “Our No. 1 would have to be the pancakes. They are 10 inches,” Lundgren explains. “When someone orders two or three of them, I always try to talk them out of it. I know that sounds ridiculous, but our pancakes are as big as pizzas.”

Omelets are also popular, especially given The Vault’s build-your-own approach where customers choose their own ingredients. Good as Gold, a French toast sandwich featuring ham, bacon and cheese, and The Money, open face biscuits topped with gravy, scrambled eggs and cheese, are among breakfast favorites.

Most menu items (both breakfast and lunch) are available all day. Lundgren says often overnight workers from nearby factories and medical centers come into The Vault first thing in the morning, ready for supper. “That’s one of the reasons we will make Reuben sandwiches at 7 a.m.,” he adds.

McCurdy, who, interestingly enough, serves as an assistant vice president at a regional bank, is a regular for breakfast, as are many others from nearby businesses and offices. The restaurant is located on the west side of the community’s town square, not far from City Hall and the county courthouse. Plus, it is just a short walk from the city’s cultural and civic center, making it a popular spot for touring musicians and artists in town for performances.

“The food here is fast and easy. It’s delicious and they’ll even make special requests,” McCurdy says. Her breakfast companion, Joni Barwick of Marion, says she is drawn to the building itself. “I love the old architecture. The space is awesome.”

About the space, Lundgren admits he wasn’t looking to transform a bank into an eatery. “I talked to an architect friend of mine about another building near the square and he told me about this one,” he recalls. It turns out, the former bank building on the corner of Market and Main was sitting empty, the first floor about 90 percent remodeled as part of another chef’s abandoned plan to open a restaurant. The space was available. “I put my face up against the window and looked in. That was it,” he says. The original bank itself closed in the 1930s.

The 20-foot-high ceilings, antiques and, of course, the vault entice visitors. The food brings customers back as regulars and the service makes them friends.

“I want you to feel like you are in my home. Often, you go into a restaurant and feel like nobody cares. I want to get to know people, ask about their families,” Lundgren says. “People are not a number; we appreciate and care about our customers.” 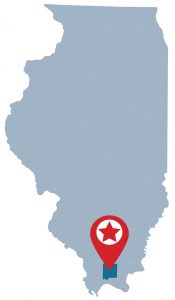 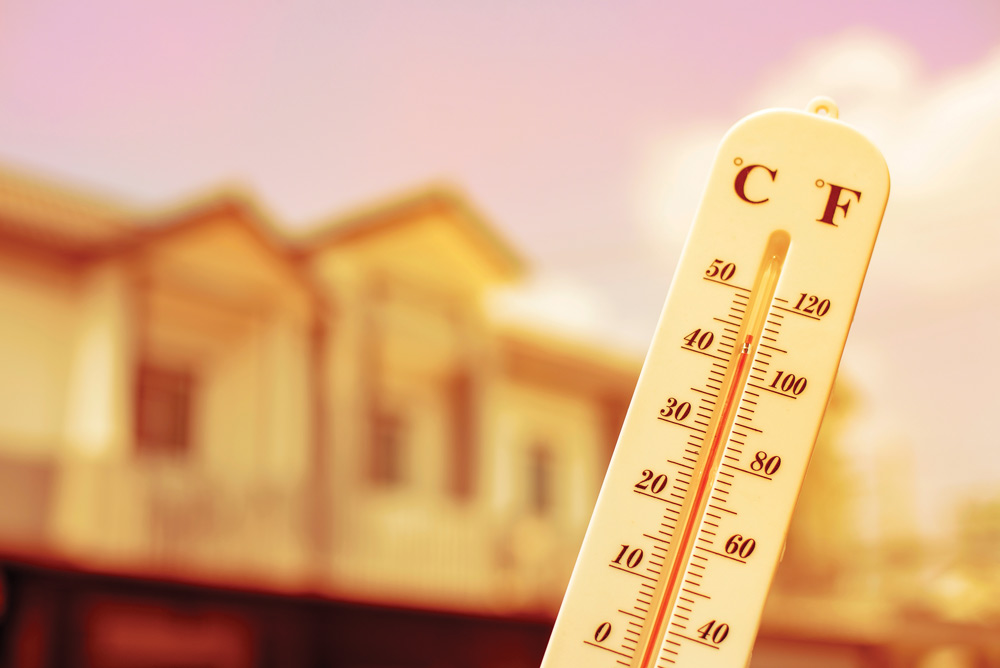 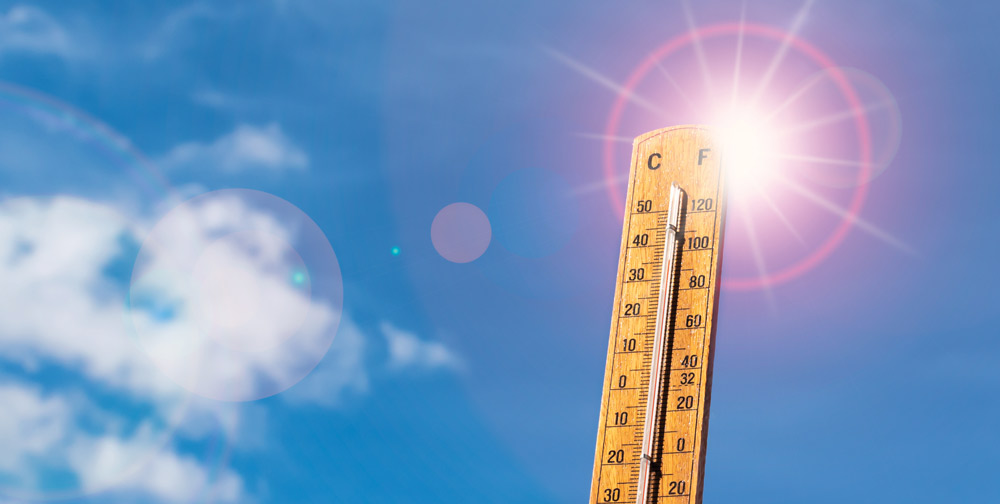 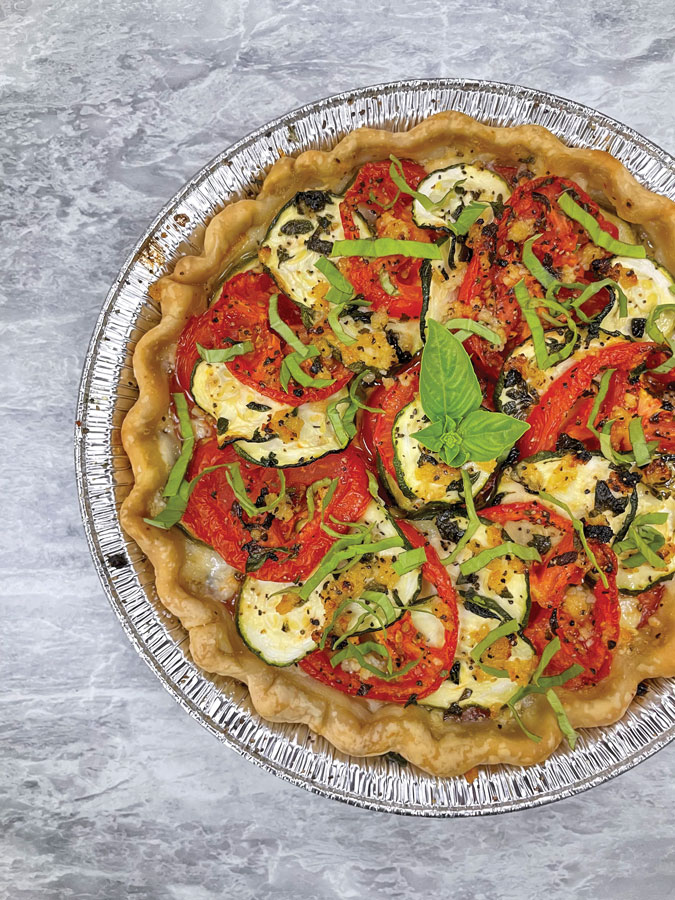