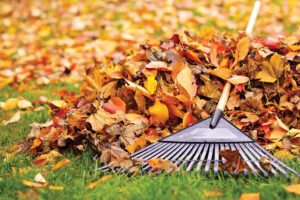 If nature sticks to schedule, sometime this month we’ll get hit with a killing freeze. It ­usually happens more toward the middle of the month for the upper half of state, and toward November for the bottom half. And the freeze usually spells the end of the gardening season as we know it.

But there are still a couple of big chores to do, not ­counting raking leaves which is probably the granddaddy of all big chores. Let’s look at three of them.

Not every tree needs to be ­fertilized. If you are one of those people who likes a thick lush lawn, you probably are feeding the trees and shrubs with the nitrogen that leaches through the turfgrass root zone. If your tree is putting out 18 inches of growth per year, it’s doing okay and you can save the fertilizer. But, if the tree isn’t growing and you haven’t fed it since Nixon was president, it might be time to consider fertilizing the tree.

The method is simple, but time consuming. You’ll need to poke three-quarter inch wide holes in the ground at the tree’s dripline, and then three feet in and three feet out. Space holes 3 feet apart. The holes should be 12 to 18 inches deep. A piece of rebar 24 inches long or more is a good tool, but make sure the ground is slightly moist or you’ll have the dickens of a time getting the rod out of the ground.

Next, fill the hole with a 6- to 8-ounce cup of a balanced garden ­fertilizer such as 10-10-10 or 5-10-10. Just make sure there are no weed­killers in it. After fertilizing, thoroughly water or pray for rain to collapse the soil over the fertilizer and start the process where the roots will absorb the nutrients during the fall, winter and spring.

2. Fall is a good time to plant spring bulbs for next year. Again, it’s another one of those “huh?” things. But spring-flowering bulbs such as tulips, ­daffodils, and hyacinths need some chilling temperatures to ­initiate ­flowering. Typically, most Illinois ­winters ­suffice but there have been some mild ones where the bulb ­display is rather puny in the spring.

The key to bulb success, though, is planting at the proper depth. This ensures the bulbs keep coming back year after year. Too deep and the ­flowers are at ground level; too ­shallow and the bulbs may last only one season or, worse, the four-legged critters get to them.

When it says plant tulips, daffodils and hyacinths six to eight inches, that means six to eight inches. Get out a ruler, dig your holes and see if they are that depth. The first ones generally are; the others aren’t. Keep that ruler handy. Measure from the top of the bulb, not the ­bottom, to the top of the soil. A bulb auger, an electric drill and a long extension cord makes planting much easier.

3. If you are bringing outdoor plants indoors for the winter, check them ­thoroughly for insects and hose them down thoroughly outside, or bring them indoors and give them a thorough shower, though cover the 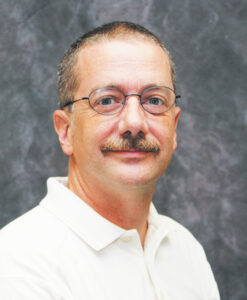 soil with aluminum foil or plastic so it doesn’t go everywhere. If you have mild soap, such as Ivory Liquid hand soap, use it, but make sure it’s rinsed completely off the plant.

Then, and this is the biggie, check the plants in four weeks. Outside, many of the bad bugs are kept in check by the good ones. The good ones, though, are the first to perish indoors, which allows the bad ones to multiply. Check them four weeks later. Put those dates on the calendar. And if you see colonies forming, give the plant another thorough shower.

The alternative is to let them freeze out and buy new ones next year, ­keeping the local garden center in business.

Simplifying your digital photo storage
Don’t sacrifice safety for speed during harvest
Where is the biggest heat loss in your home?
Power, politics, progress and the cooperative way
More than just a crown
All politics is local.