On a typical morning, with a Nikon dangling from his neck, 25-year-old Geoffrey Mikol strolls down Galena’s picturesque Main Street to pick up his morning iced tea. Along the way, he pauses to say good morning to fellow business owners and may stop and visit for a while. If something catches his eye, he’ll hesitate long enough to grab a shot before heading back to his shop, River Bend Gallery.

Why does this mean so much to Paul? Geoffrey was born with Down syndrome and all his father has ever wanted is for Geoffrey to be accepted.

“This community is very supportive,” he explains. “For a smaller community, I’ve never met such a friendly group. It’s probably the best place we’ve ever lived. It’s coming up on four years we’ve been here.”

As a preteen, Geoffrey had a smartphone and enjoyed taking photos. Paul noted that even at that age the photos were composed correctly, and he seemed to have a natural eye for it. 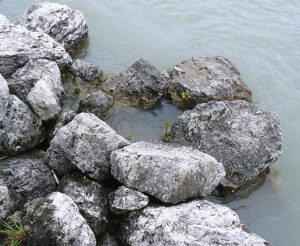 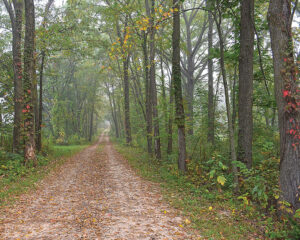 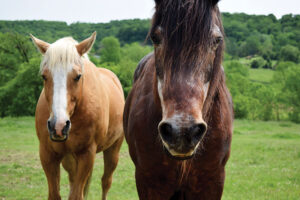 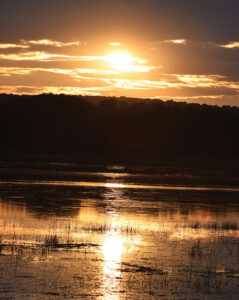 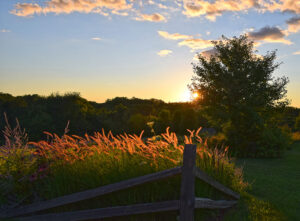 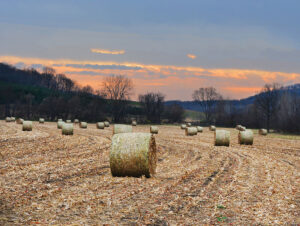 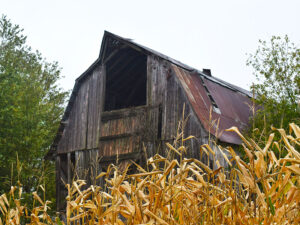 Rising from the Corn

Geoffrey went to high school in the Washington, D.C. area, where he lived with his mother Ann.  One of his teachers suggested he take a photography class and he excelled. At the age of 16, from the lens of his Nikon 5300, he began submitting samples of his work in juried art festivals in the Chicago area where he spent summers with his father. His work was usually accepted and won awards.

Geoffrey and Paul participated in eight or nine festivals each summer, however, Paul noticed after the second or third show that people were coming up to him in the booth assuming he was the photographer.

People were amazed by the depth of Geoffrey’s work and it sold well.

After that show, Paul had a t-shirt printed for Geoffrey with large lettering proclaiming, “I’m the artist.” He also had business cards printed. Geoffrey enjoyed talking to everyone and passing out his cards.

That’s when Paul realized photography could be a future means of support for Geoffrey.

After Geoffrey graduated from Harper Community College in Palatine, Ill., there was a lot of interest in his work. The Daily Herald, and a few other Chicagoland newspapers, did articles about him because they thought his artwork was beautiful. That generated even more interest in his photography.

“I want people to like my art because it’s good,” says Geoffrey, “not because I have Downs.”

It was on a trip to the Galena area that Paul, wife Deb and Geoffrey fell in love with the area and relocated. Eventually, Geoffrey’s mother Ann also moved to the area. Paul says Geoffrey is the glue that holds everything together.

The gallery’s name comes from the fact it is located on the Galena River. It started in a much smaller unobtrusive location but quickly outgrew the space. When the current prime location opened up on the south end of Main Street, they jumped on it. They now get greater exposure to visitors with three times the foot traffic they had in their previous location.

River Bend Gallery is manned by Paul, Deb and Geoffrey. Geoffrey does all photography, while Deb and Paul handle matting, framing and other components of running a small business. Paul says photography helps Geoffrey exercise self-expression and independence, and he has become a good salesman. Several of their best-selling items, coasters, magnets and notecards, were Geoffrey’s ideas.

Geoffrey’s photography captures nature and seems to beckon you to pull up a chair and stay awhile. He catches light streaming through trees, crumbling moss-covered walls, sunsets, and barns that have seen better days but are beautiful through his lens. One of his most popular photos is “First Light,” which he took while in high school.

Paul explains that Geoffrey imagines there could be caves hidden under the water. When Paul was showing it to Geoffrey, after uploading it to his computer, he asked why it was his favorite.

“It’s a really nice peaceful shot, but I asked why he liked it so much,” explains Paul. “He looked at me like I was a complete idiot and said, ‘the heart.’ The pool in the center forms a heart, and now that you’ve seen it, you can’t unsee it. But that’s kind of how artists see things differently than we do. I was with him on this trip when he took the photo, but I didn’t see it at all.”

Paul says Geoffrey likes things that are a little bit spooky, which is ironic because when you look at his photos, he shoots the light so beautifully. When asked why he likes the fog, Paul explains, “He doesn’t like the fog, but it reminds him of “Lord of the Rings.” It’s spooky like that. He imagines Gollum might be hiding in there.”

Geoffrey says he likes haunted houses but that his dad doesn’t. “I’m not scared, I’m brave,” he explains, “but this guy [Paul], he’s scared!”

Sometimes on a slow Monday, Geoffrey will grab his camera and walk around town looking for things to shoot or Paul and Geoffrey will take a drive. When the family takes a vacation from the gallery, they go to destinations Geoffrey wants to photograph, such as the lighthouses in Door County, Wis. On his list of “must see” is the Grand Canyon and the Badlands in South Dakota. Geoffrey says, “The BADlands, it sounds spooky.” He also wants to visit his aunt and uncle in Nashville, Tenn., to get some city shots and enjoy the music.

“Sometimes he picks crazy places, like China, that we can’t possibly get to,” says Paul. “But, we take camping trips or drive around. We don’t plop him down in front of a spot, it’s all in what he wants to shoot. It’s not unusual for him to say, ‘Dad, stop now,’ when we are taking a drive. He will see something that he has to shoot. The images ‘Road Home’ and ‘Cold Front Coming’ are two of those shots.”

Paul says he is astonished how they can both stand next to each other, shooting the exact same thing and afterward when he uploads the photos, Geoffrey’s are always better.

“I’m always asking him, ‘Dude, how did you see that?’” Paul exclaims! “He’s able to pull something out of the picture that no one else does. When you look around [the gallery], his shots draw you in. It’s not clever marketing on my part. People are truly blown away by it.”

When it comes to naming the photos, it’s a family decision. Geoffrey, his dad and Deb, sit around the table and come up with something clever or memorable for a name.

Paul points out the photo of an elk that shows Geoffrey’s sense of humor.

“We were in a park in Colorado,” explains Paul. “He got a bit closer than he should have, but he got the picture. When we put it in the gallery, it was named ‘One Buck’ and people like the shot. Geoffrey came up to me about a month later and said, ‘Dad, I got a new name for this – Kiss My Ass.’ It made total sense! Look at the expression on the elk’s face.”

His work has been exhibited in Minneapolis, Minn.; Madison, Wis.; Davenport, Iowa and Chicago. But the greatest honor was in July 2018, when Peter Wheeler, 50th World Special Olympic Games chairman from the U.S., visited River Bend Gallery. He was familiar with Geoffrey’s work and wanted to meet him. An art show was part of the festivities planned for the March 2019 event. Geoffrey had 20 of his large metal pieces featured in Abu Dhabi, the capital of the United Arab Emirates in the Persian Gulf. Paul says it was quite an honor to have attendees from around the world see his work.

For some, visiting the gallery is an emotional experience. On occasion, Paul has seen people break down and cry.

“Often the people have family members that have Down syndrome or are on the autism spectrum, or fill in your disability,” says Paul. “They are inspired by what Geoffrey’s been able to do. It gives hope for their loved one. We remain humble that that has happened. When we set up the gallery it was just to display Geoffrey’s work, but it has almost taken on an importance that is really cool.”

Geoffrey says he’s really involved with “my people,” his reference to The Workshop in Galena. The multi-disability organization includes him in different events, and he has made many friends. For lack of a better word, Geoffrey has become a role model for others because of his success.

While living in the Chicago suburbs, Geoffrey was part of a theatre troupe that was mostly people with Down syndrome. He likes performing and enjoys singing, dancing and learning lines. He has been in productions of “Hairspray,” “Guys and Dolls” and “Fiddler on the Roof.” Geoffrey especially likes to play the “bad guy” in productions, or when dressing up for Halloween. Most recently he dressed like Gaston the villain in “Beauty and the Beast,” but Paul is quick to tell him that even so, he is a good guy.

As a preteen, Geoffrey took guitar lessons, but Paul says he is actually a better harmonica player.

A man of few words, Geoffrey loves listening to music by Taylor Swift, Maroon 5 and Adam Lambert and loves watching “American Idol.” He is a big fan of the Chicago Bears, likes watching sports, especially the Olympics, and enjoys cooking. His favorite? Grilled cheese.

For Christmas, his family got him a new Canon RP and are excited to see what he captures next. 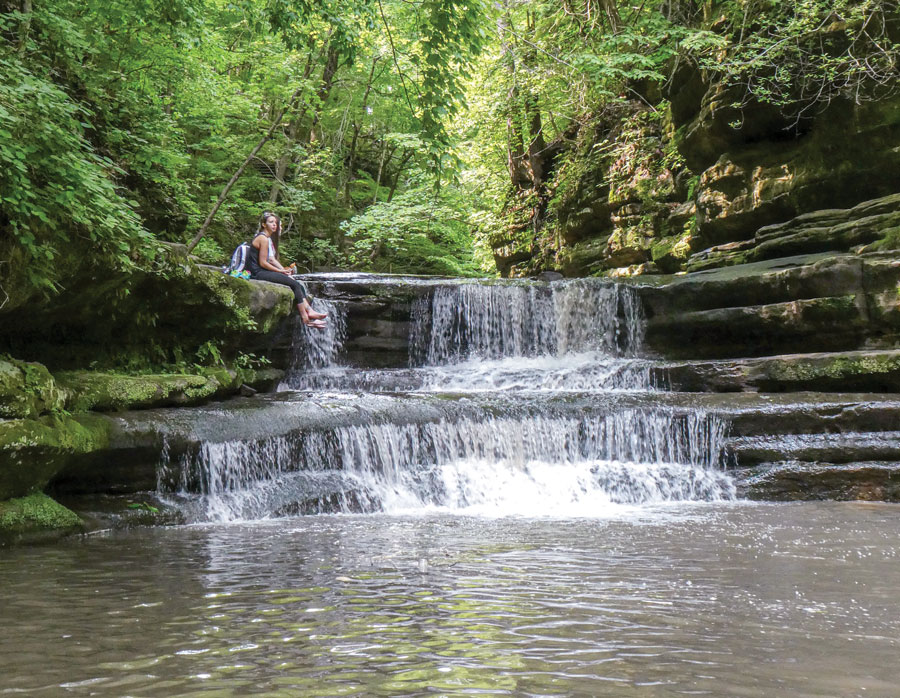 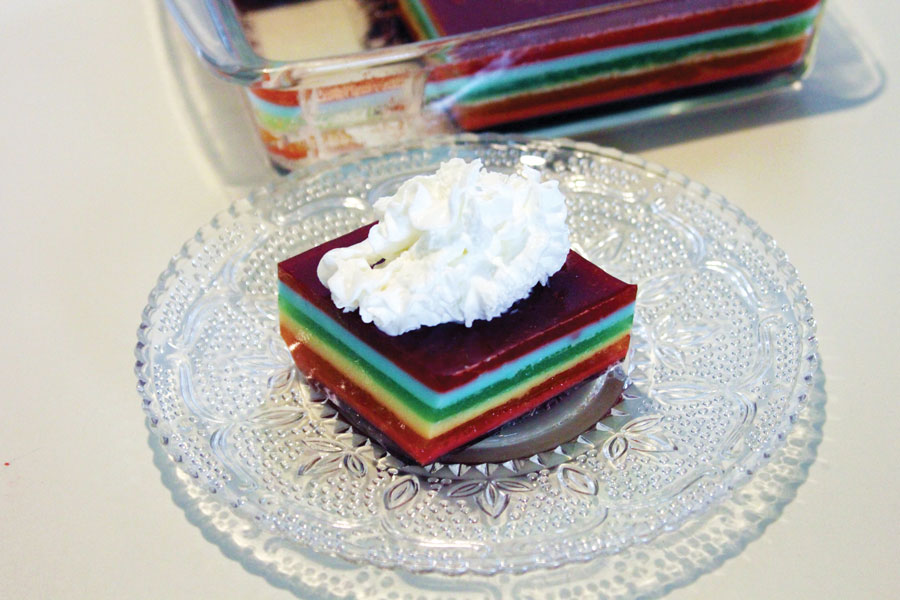 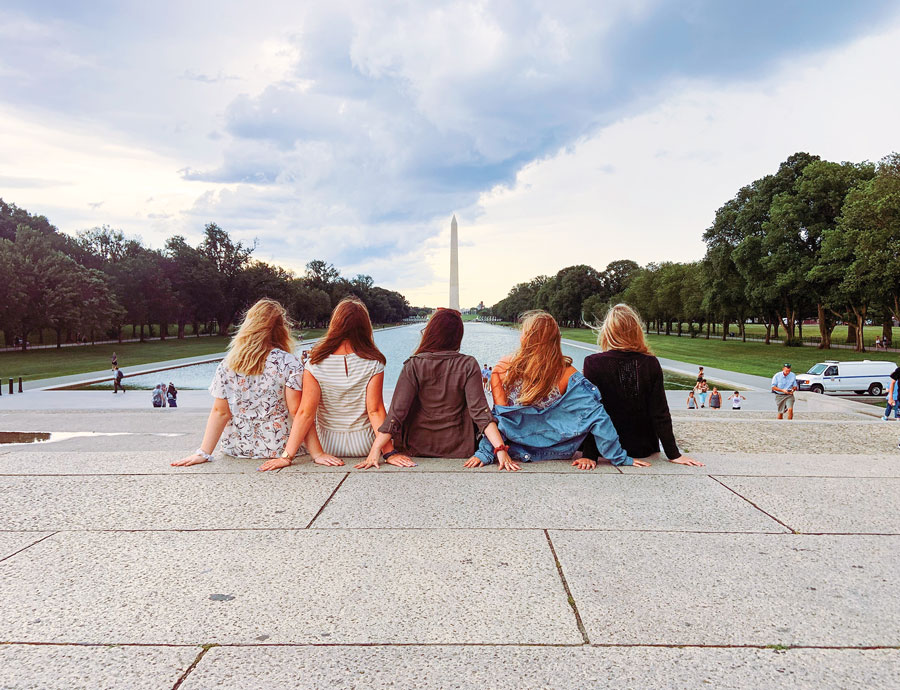