You’ve probably heard the expression, one man’s trash is another man’s treasure, and that is increasingly true today. Many consumers are not only looking for a good deal, but also for “treasures” they can transform into something new for a fraction of the cost.

The popularity of “trash to treasure” has created a demand for gently-used items, and businesses are being built on that premise. Stores such as Goodwill, Habitat ReStore and resale/consignment shops are seeing a boost in business, which is helping to keep a tremendous amount of “trash” out of landfills. 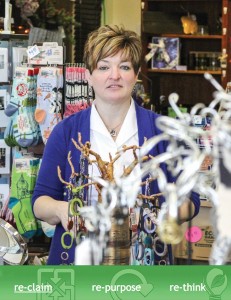 Unlike Kermit the Frog, Nancy Martin of Peoria didn’t know she was green. Being resourceful was just a way of life growing up on a farm. “My depression-era parents were composters and didn’t know it,” says Martin. “Old farmhouses have mice and you’d never put your scraps in the trash, you took them outside and threw them in the garden. My mother had the most beautiful flower garden! She didn’t know she was composting – she was just keeping the mice out of the house.”

That learned resourcefulness sparked the idea for Martin to open a business specializing in recycled, reclaimed and repurposed items, hence the store name, Re-.

The first winter the business was open, green became the buzz word on national television programs such as the Today Show, Oprah, and Martha Stewart, which really boosted interest.

Martin carries items that are ecofriendly, all-natural and/or organic. She is especially careful the items she chooses are fair trade. “I don’t want to exploit people in this process,” explains Martin. “That gets a little more challenging because if it’s not made in China or from low cost labor, it makes things a little pricier, but I’m not going to compromise that.”

Martin says many people have the perception that the store is full of junk just thrown together, not brand new things, and are surprised at the unique selection. Nothing she sells is “used,” though all merchandise is reused, recycled or repurposed.

In addition to the store, she also speaks to groups about how she started going green and conducts conservation craft classes. To learn more go to www.rehyphen.com.

Recycled – Taking the material back down to its raw state and making something new out of it.

Reclaimed – You can tell what the item once was. Example: making a charm out of a Scrabble piece.

Repurpose – Using an item for something other than its original purpose; such as making a clock or mirror from a vinyl record.

Rethink – Purposefully thinking about how to cut down on waste, such as using a recyclable bag instead of plastic. 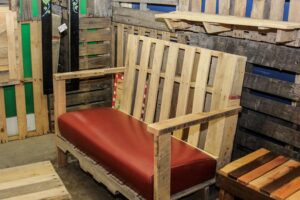 The concept for Habitat for Humanity ReStores was born about 10 years ago in Winnebago, Canada. The nonprofit home improvement stores sell donated, new and gently-used building materials, furniture and home accessories to the public, and proceeds are used to build homes locally.

ReStore net profits in Springfield, Ill. currently provide about 50 percent of the cost to build four homes each year, according to Colleen Stone, Executive Director of Habitat for Humanity, Sangamon County. “Our market potential is well over a million dollars,” says Stone. “If we hit that mark, we could build three or four houses on our own and double our impact to the community.”

The Springfield store has seen a large increase in both donations and purchases and its most frequent customers are landlords. The most popular items are kitchen cabinets, solid doors and kitchen sinks. According to Stone, some landlords stop in every day to see if something new has arrived.

Volunteers have also found a new source of revenue by selling repurposed wooden pallets. Habitat gets free pallets, and volunteers take them apart and make them into everything from coffee tables to wine racks, potting benches and memo boards.

To find a Habitat ReStore in your area go to www.habitat.org.

Not a hand-out, it’s a hand-up

Employees at Land of Lincoln Goodwill Industries are gearing up for spring, its largest donation season. 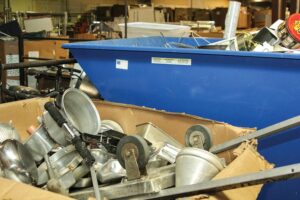 According to Lauren Milligan-Turner, Assistant Regional Retail Director at Land of Lincoln Goodwill, “Spring cleaning provides a huge number of contributions and every donation that comes through the door has a purpose. If we can’t sell it on our retail floor, we salvage or recycle. There really isn’t much we throw out.”

From the donation door, everything gets sorted by hand. Anything that isn’t in good enough shape is salvaged or recycled. The organization finds other creative uses for many of those items, such as recycling old clothing scraps into industrial cleaning cloths.

Salvaging keeps enormous numbers of items out of local landfills. Chris Lee, Director of Recycling and Salvaging, says that in Fiscal Year 2013 Land of Lincoln Goodwill, alone, salvaged 10,084,715 pounds, of which 647,455 pounds was metal. That amounted to 79 percent of potential trash being diverted from landfills.

Some of the items the sorters find, which might be vintage or have a higher value, are sold online at shopgoodwill.com. Those higher-end clothing items, “mall clothes” as they refer to them, are sent to one of its LaBella Boutiques in Chatham or Urbana. Furniture is also popular as shoppers look for items they can buy inexpensively and refinish or repurpose.

Almost 84 percent of profits from sales and salvage go toward education, training and job placement programs for individuals with disabilities and other barriers. Goodwill is committed to helping clients learn how to earn a living and live independently. Its clients work in a store or warehouse which helps them understand work and gives them a skill they can use elsewhere. Clients get paid by each piece they put on a hangar or sort into bins.

“It’s the most rewarding job I’ve ever had,” stresses Milligan-Turner. “Everything Goodwill does, goes right back into the community.” 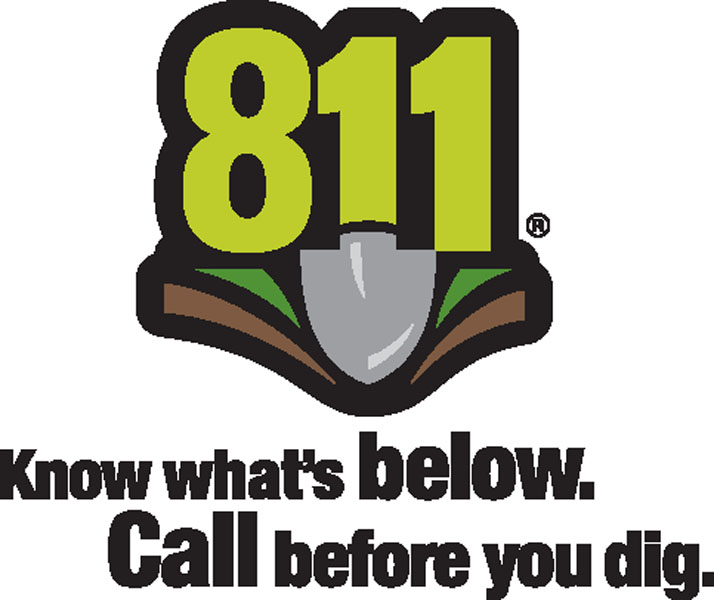 Have a safe spring 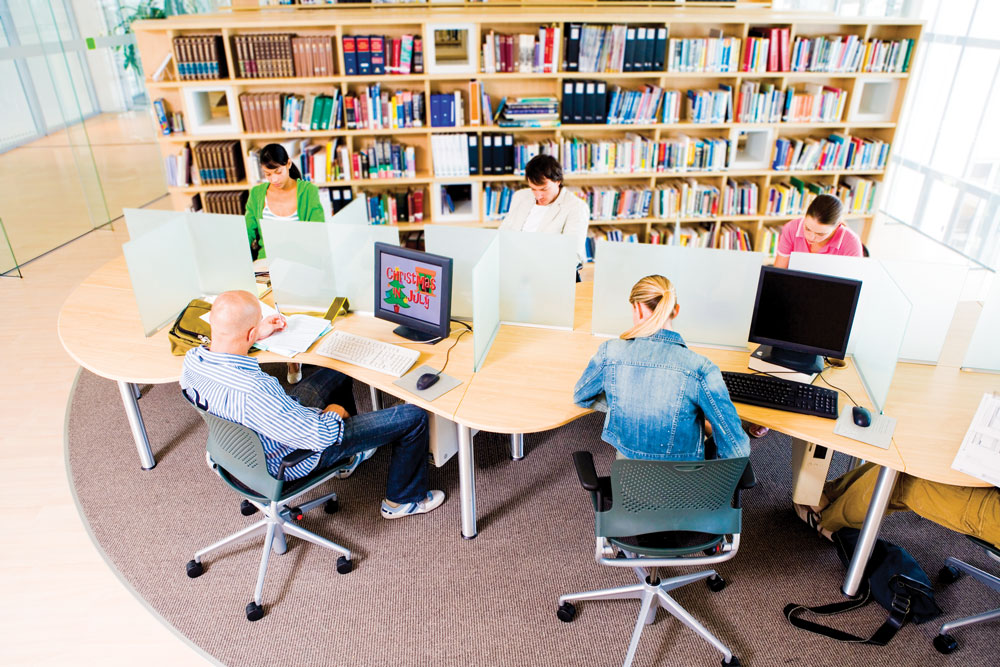