Coal generated more than half the nation’s electricity as recently as 10 years ago, but that share has fallen to one-third. The decline of coal generation will continue as new environmental rules are set in place and prices for natural gas remain relatively low.

So it’s curtains for coal, right? Not so fast.

The Environmental Protection Agency’s Clean Power Plan still calls for more than one-fifth of our electricity to come from coal by its 2030 target date.

Even President Obama’s Energy Secretary sees a future for coal. “We are talking about a progressively lower-carbon future, but we have not abandoned coal as part of that future,” Secretary Ernest Moniz told the Lexington (Kentucky) Herald-Leader in April. “Coal can play a major role in a low-carbon economy.”

A role for coal is important, says Daniel Walsh, Senior Program Manager for Generation, Environment and Carbon at the National Rural Electric Cooperative Association (NRECA). Citing the huge coal supply in the U.S., Walsh sees coal as a key to energy security. “We need to use this valuable resource we have in this country.”

Achieving that brighter future for coal could depend on huge improvements to a technology called carbon capture.

Carbon capture seeks to solve a top environmental complaint about coal, which is that burning it releases carbon dioxide, a greenhouse gas that has been linked to climate change.

Carbon capture is still a developing technology, with 15 test plants in the world and seven more coming online by 2017, according to an international industry group. One of the main holdups to that development is that the technology is expensive to build and operate. For example, running carbon capture equipment at a power plant uses about one-third of the electricity produced by that power plant. It’s a parasitic load.

As daunting and inefficient as that sounds, Moniz cites $6 billion spent on carbon capture research by the Department of Energy as proof of his optimism. NRECA’s Walsh believes in the power of researchers to make carbon capture costs competitive. “We will continue to see innovation,” says Walsh. “We’re going to be successful.”

One reason for that sunny outlook comes from a 35-year trend of finding cleaner and more efficient ways to burn coal. Since 1970, electric utilities in the U.S. have reduced pollution regulated by more than 60 percent. Techniques have ranged from washing coal with water, to burning it at lower temperatures to release less harmful chemicals, to large and expensive flue gas desulfurization equipment, also called scrubbers.

Over the decades, those technologies improved, says Kirk Johnson, NRECA Senior Vice President for Government Relations. He says those improvements can be a model for carbon capture.

“We didn’t start out with scrubbers that achieved a better-than 90 percent reduction in sulfur dioxide removal, but we ultimately got there,” says Johnson. “The future has got to be in continued research.”

Research and innovation are a co-op tradition. For example, electric co-ops in April had a groundbreaking for the Integrated Test Center in Wyoming. The state of Wyoming is funding $15 million of the center, which will be built at the site of the existing Dry Fork Station, a coal plant owned by Basin Electric Cooperative. Another $5 million of support will come from another regional co-op, Denver-based Tri-State Generation and Transmission Association, and $1 million from NRECA.

The test center aims to advance carbon capture research by focusing on a looming question? Once you capture the carbon dioxide, what do you do with it?

A pilot project at the University of Illinois’ gas- and coal-fired Abbott Power Plant is also developing and demonstrating technology for reuse of carbon dioxide. The university’s power plant has a long history of innovation, and researchers have already worked closely with Archer Daniels Midland’s large-scale carbon sequestration site in Decatur, Ill. The Abbott Plant project was one of five Phase I DOE grant recipients, and has also received in-kind services for the project from the Association of Illinois Electric Cooperatives (AIEC).

Kevin O’Brien, director of the Illinois Sustainable Technology Center, part of the Prairie Research Institute at the U of I, says worldwide, coal is still our most plentiful energy source and remains the most inexpensive option for power generation. “Without it, energy costs are certain to rise, impacting prices and jobs,” he adds.

O’Brien says this Illinois research on recycling CO2 has global implications and they are including experts from Brazil, China, India, Canada and Europe in the project.

Recycling is not a new concept for coal plants. Coal ash is already recycled into cement and building products. But what can you do with CO2? O’Brien says CO2 is already being used for oil and gas recovery, the food and beverage industry, as well as in chemical and plastics production. Other uses include metal manufacturing, construction, rubber and plastic industries and agriculture.

“Research is underway on the campus to deliver captured CO2 to crops as a more sustainable fertilizer replacement,” remarks O’Brien.

For example, some of the captured CO2 will be used in the Soybean Free Air Concentration Enrichment project. This project examines the impact of CO2 levels on crop growth. Other research includes ways to use CO2 for biofuel production.

Ultimately the DOE’s goal for this research is to capture 90 percent of the carbon dioxide at a 30 percent or better reduced cost.

Steve Davis, Manager of Regulatory Compliance for the AIEC, says the Abbott Plant CO2 utilization project makes sense to electric cooperative leaders. For example, electric cooperatives have been innovative in turning animal waste and landfill gas into a power source.

“Think back 10 years ago when landfills were all flaring methane gas,” says Davis. “Wabash Valley Power
Association, out of Indiana and serving three Illinois distribution cooperatives, has been a leader in capturing landfill gas and turning it into energy. Turning waste like CO2 into a valuable resource is just common sense and the way we need to think about the future.”
Source: Paul Wesslund writes on cooperative issues for NRECA. 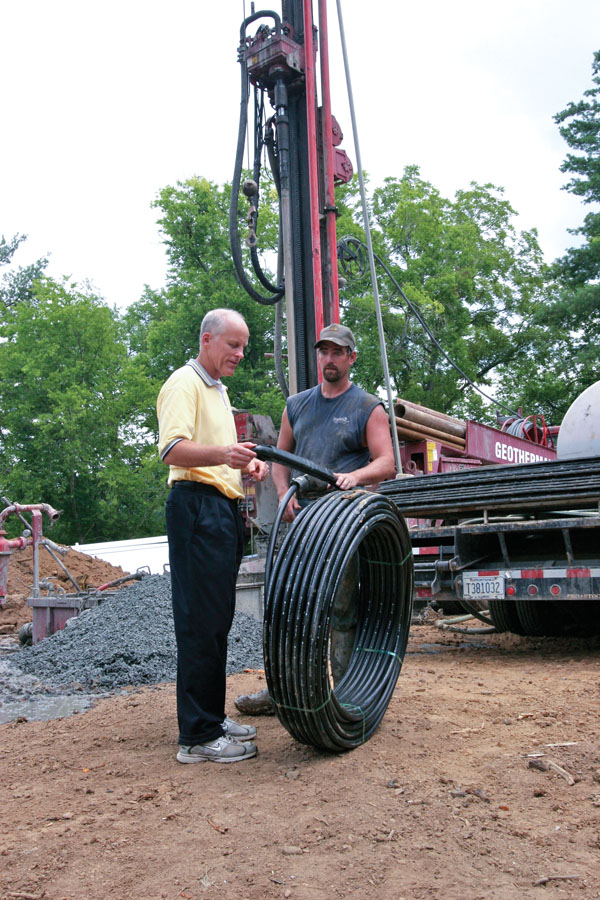