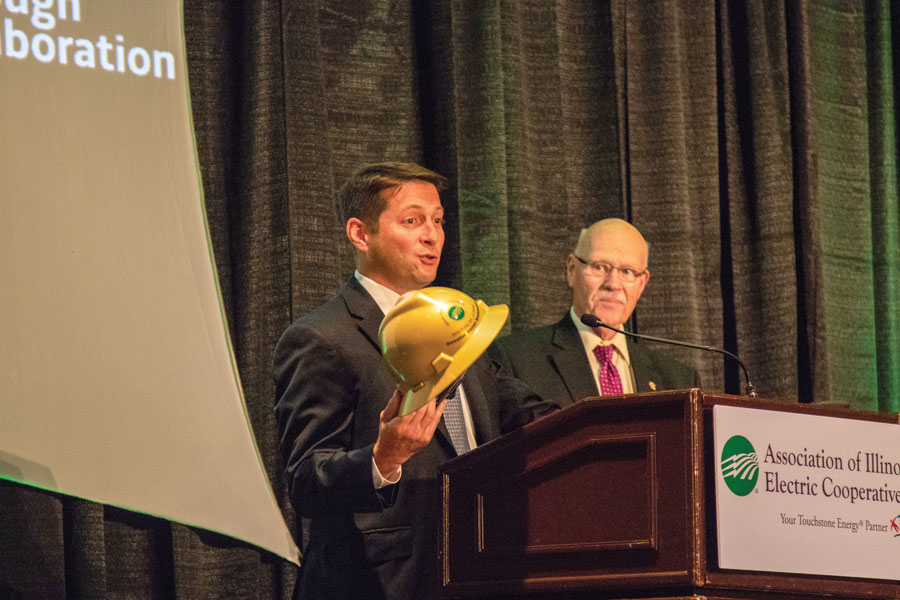 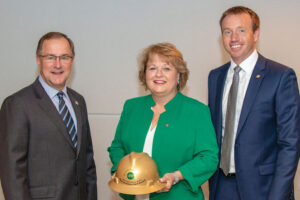 During the Association of Illinois Electric Cooperative’s (AIEC) annual meeting, held July 26-27, State Senator Jason Barickman, R-53rd District, and State Representative Terri Bryant, R-115th District, received the 2018 Illinois Electric Cooperatives’ Public Service Award. The awards were made in recognition of their dedicated public service to all citizens of the state of Illinois and for outstanding contributions to the rural electrification program.

Senator Barickman has served in the Illinois Senate since 2013 and serves as the Assistant Republican Leader. He previously represented the 105th District in the Illinois House of Representatives from 2011 to 2013.

Representative Bryant has served in the Illinois House since 2015. She serves on several committees, including: appropriations-public safety, judiciary-criminal; tourism and conventions; youth and young adults and veterans’ affairs.

“Senator Barickman and Representative Bryant are great supporters of rural Illinois and responsive to the needs of its residents,” said Duane Noland, AIEC president/CEO. “They understand the importance of the electric cooperative program and we appreciate the leadership they provide.”