We’ve just come out of the spring primary election season and there are two things that are very obvious. Following the census, redistricting has dramatically changed state and Congressional legislative districts, which means there are new candidates on your ballot that you really don’t know. Secondly, fewer people are exercising their right to vote.

Every citizen has the privilege to vote. We talk about how important it is to vote, but with every passing election, fewer people are voting. I know it’s difficult. You go to the ballot booth and realize, “I don’t know who these people are.” Your local representative is no longer on your ballot.

It behooves us as citizens to know who the candidates are, research their information and make an informed vote. That’s one reason to visit the website of the Association of Illinois Electric Cooperatives (www.aiec.coop) and your local cooperative’s web portal to view “America’s Electric Cooperative’s Vote 2012,” which gives you a link to help you develop your knowledge of candidates and their positions on issues of importance.

This year alone, there are 435 congressional elections. Together with 42 million people served by cooperatives, co-op members represent a large voting block. Your vote is critically important. The “America’s Electric Cooperative’s Vote 2012,” website is designed to help you learn about all candidates, from local to national races, and can even help you register to vote if you’ve recently moved. If someone in your family hasn’t registered to vote encourage them to do so now.

Speaking of moving, the population shifts in Illinois are alarming. With each census we realize there are fewer people living outside the urban areas in Illinois, especially down state. Illinois will have one less member of Congress representing down-state citizens, dropping from 19 members to 18.

If an issue comes up and needs 60 votes for passage, we will have to work harder to get that number for passage. As an example, Congressman John Shimkus serves the largest land area in Illinois just to have the same number of people in his district as a representative from a densely populated urban area in Chicago. So it’s important to know who we elect and it’s key they understand our issues.

You may have noticed on the nightly news, the debate on the Keystone Pipeline that would transmit tar-sands oil 1,700 miles from Alberta, Canada, to the Gulf Coast of the U.S. On one Sunday morning in November, the environmental lobby was able to mobilize more than 10,000 supporters to protest outside the White House. That gets the attention of our elected officials and the national media and not surprising that issue was slowed up for more deliberation.

If there was an issue of that importance to the electric cooperative program, could we mobilize that number to tell our officials and the media why an issue could be devastating to the reliability or cost of our rural electric program? I’d like to believe we have that kind of grassroots support for rural issues and issues important to electric co-op members.

Nearly 50 leaders of the electric cooperatives in Illinois recently attended a grassroots summit in our nation’s capital to learn more about ways for all of us to be more politically effective. And that’s why we will step up grassroots member education efforts in the coming months. We want to make sure we’ve done our job in keeping you better informed, so that you understand the issues and how they impact you in terms of usage of electricity, the cost of the generation and transmission to your home or farm and how it may affect your quality of life. We will be giving you information to help you communicate with your member of Congress or state legislature about why certain issues are good or bad in terms of impact on affordability on your electric bill. You are the ones who elect the members of the Illinois General Assembly and decide whether they are doing a good job.

Political clout has always been critical to the survival of electric and telephone cooperatives. Broad-based, bipartisan congressional support led to funding for the Rural Electrification Administration in the 1930s and continues to sustain the Rural Utilities Service today. Many of the top issues your co-op’s management team and board of directors struggle with today are political and regulatory in nature.

We have taken for granted for a long time that electric service will always be here and be affordable. With all the regulations being promulgated, it’s making it more complicated and more expensive to provide electric service. You as a member can help us articulate that to our elected officials.

Smart moves to save money 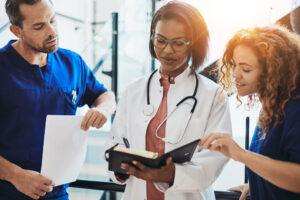