Water efficiency starts in the bathroom 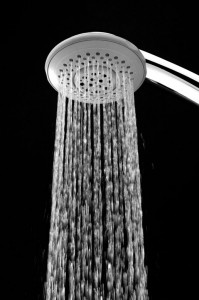 Some 60 percent of our household indoor water usage happens in the bathroom. As such, updating old leaky fixtures and changing a few basic habits could go a long way toward saving fresh water, energy and money.

Undoubtedly, the toilet is the biggest water hog in the bathroom. Those made before 1993 use up to eight gallons of water per flush, five times what modern toilets use. If it’s older you use a two liter soda bottle filling it partially with some water and sand or pebbles and then putting it into your toilet’s tank, and force your toilet to use less water with every flush.

Plumbing leaks account for some 14 percent of the total water usage in an average U.S. home. Toilets are often a major culprit, but the shower can also be problematic as a water-waster, especially if the shower head in question was made before new regulations went into effect in 1992 mandating lower flow. A new shower head costs around $10 and is a great investment.