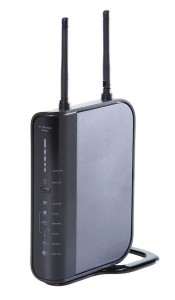 Last month I gave you ways to know when you were surfing online securely. Continuing in that vein, this month I wanted to address another common security issue found in many people’s homes. I’m talking about the lack of a password on your wireless network.

I know what you’re thinking. What’s the worst that could happen, right? After all, if you leave it open you’re just promoting the common good. Free public Wi-Fi allows others to check their e-mail when they’re away from home, or look for directions when they’re lost. There have been some developments lately though that may make you think twice about leaving your network open.

Earlier this year, a man in Buffalo, N.Y. found out just exactly what can happen when you leave your Wi-Fi open to the public. Sometime in the early morning hours, law enforcement personnel broke down his door, and threw him to the floor amid accusations of downloading child pornography.

The man’s lawyer said the agents kept screaming at the accused to admit what he had done saying, “We know who you are! You downloaded thousands of images at 11:30 last night.” The Buffalo resident kept pleading his innocence, but it was days before he could prove his story. It wasn’t until a week later that one of his neighbors was arrested for hopping on the unsecured wireless network and downloading the illegal material. As far as I know, this case is still pending in federal court.

These people can be very inventive in ways to get to your network. The Florida man assumed he was secure, because his closest neighbor was so far away, but the suspect was able to build an antenna to boost the signal so he could log in from outside the network’s normal range. And, he did it with a potato chip can using simple instructions found easily online!

In yet another incident in New York, a North Syracuse man was accused by law enforcement agents of possession of child pornography. It was more than four months before his neighbor finally pleaded guilty to the crime.

I could go on. These cases are popping up more all the time. In short though, it’s time to start protecting yourself by adding a simple password to your Wi-Fi network.

So, how do you go about doing that?

Let me first say, when you’re trying to do this make sure you check your router’s owner’s manual first. Most of the time, you’ll see very specific directions on how to set a password. That said, the following will more than likely work in most cases.

Try logging into your router using your favorite browser (Internet Explorer, Firefox, Safari, etc.) There is a page that controls the router. For many routers, you log in by typing in the IP address of the router into the address bar. That’s the place you normally type in www.whatever.com. A pretty commonly used IP address is 192.168.1.1. Try to type that in. You should see a login page. (At this point, you may need a username and password. You should be able to find that in the manual.) Once you’re logged in, the Wi-Fi password will most likely be located under the “security” settings.

There are going to be several options here. You will need to select the WEP or WPA setting. I recommend you choose WPA. It’s more secure. Once you select the type of security you want, you should see a place to enter a password. Write down the password you choose! If you don’t write it down, it will prove very difficult later to recover that password. You may even be forced to reset your router back to manufacturer defaults. Once you save the password, you are going to lose your Internet connection. That’s normal! All you have to do to regain it is to add the password on your computer when it asks you.

That should do it! If you’re not comfortable following the directions in your router’s owner’s manual, then find your local IT person and get them to help you. This is a pretty common practice, so someone should be able to get it done for you in a relatively short amount of time.

Ed VanHoose is the Digital Communications Administrator/IT Manager for the Association of Illinois Electric Cooperatives in Springfield.