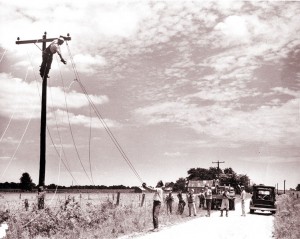 Many electric co-ops are ­celebrating their 75th ­anniversary and lines, like the one pictured here, were built 50 to 75 years ago. Replacing that aging infrastructure is the top concern of many utilities.

Aging infrastructure emerged as the top concern (48 percent), followed by 32 percent citing threats to the current regulatory model (seen as poorly designed for the evolving ­utility ­environment), recruiting a new generation of ­employees (31 ­percent) and issues related to DG (30 ­percent). However, 57 percent see DG as an ­opportunity, and a strong 67 percent believe utilities should take a direct role in supplying DG to those they serve, either through ­owning or leasing systems or partnering with established companies.