Art, architecture and amusement at Allerton

Tucked away in the middle of farmland outside of Monticello hides a paradise. Driving down county roads barely large enough for two cars to meet, you suddenly enter a world where you may not think you’re in Illinois anymore.

Allerton Park and Retreat Center contains 1,500 acres of woodland and prairie areas, a meadow, formal sculpture gardens, hiking trails, lodging facilities, and a Georgian style mansion. While it was originally a private estate, the sculptures, gardens, wildlife and architecture can be enjoyed by the public.

Visitors to the park are able to hike the rolling trails, relax by the reflecting pond and admire the gardens all because this area was simply a gift. Since 1946, Allerton Park has been owned and curated by the University of Illinois after a man named Robert Allerton gifted this estate to the university.

Robert was born into privilege in Chicago. His father, Samuel Allerton, was a prominent and successful self-made businessman in the 1800s. This allowed Robert to go to school in Europe to study art and travel the world.

“He was a self-proclaimed failed artist,” says Derek Peterson, director of Allerton Park. “In a very dramatic fashion, he burned all his paintings at 26 and came back to the states.”

Peterson says that Robert went to his father unsure of what he was going to do. He was then moved downstate to run the farms his father owned. “It was predestined that Robert was coming here,” Peterson explained. At age 7, Robert and his mother caught scarlet fever, which proved fatal for his mother. As a result, Samuel gifted the estate, later named Allerton Park, to Robert to plan for his future.

Peterson describes Robert as private, creative and generous. “At the time, he was probably considered eccentric, but nowadays, I think he’d fit right in. He was ahead of his time.”

After building the mansion, Robert would work in the summer and develop the estate, and in the winter, he and his lifelong companion and architect John Gregg would travel the world. During his travels, he would find pieces of art and inspiration for his private paradise at home. “He had great vision,” Peterson says. “He was very creative.” 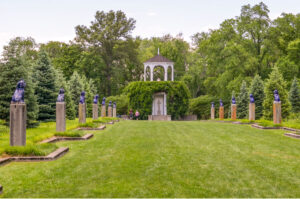 Robert collected some pieces during his travels. For example, Peterson explains, whenever he would come across a blue porcelain Fu Dog sculpture, he would buy it for his Fu Dog Garden, which consists of 22 Fu Dogs sitting on concrete pedestals.

Other pieces in the park Robert had commissioned. While in Stockholm, Sweden, Robert spotted the Sun Singer, a bronze sculpture of the Greek sun god Apollo. He was impressed by it and contacted the artist Carl Milles to create a replica for him. 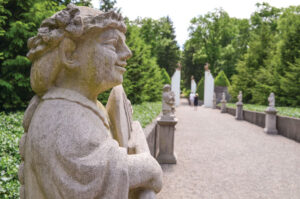 From the Sun Singer to the Fu Dog Garden, visitors can enjoy formal gardens inspired from all over the world. Visitors can walk down the Avenue of the Chinese Musicians, check out the view from the observation deck in the House of the Golden Buddhas or hike to one of Peterson’s favorite areas, the Death of the Last Centaur. This sculpture can be found in the woods along one of the park’s major trails. It sits in the center of a path between four massive pillars at each end.

“The complexities of that garden… while it seems simple, the great length of the garden really impresses me,” Peterson explains.

After nearly 40 years, Robert and John, who he eventually adopted after a change in state legislation, decided to move to Kauai, Hawaii, which is why he decided to gift it to the U of I.

“We maintain it pretty much the same way Robert had it,” Peterson says. “It’s a beast to work with. We do our best to make sure the life and the story remains the same and that we keep things preserved. We make sure the legacy is still here from when he left.”

Taking care of the park isn’t an easy feat. Right now, there are about 18 staff members. Two of them are garden staff who maintain the 80-acres of formal gardens, two natural area staff who care for the 1,500 acres of the natural area that surrounds the park, and there are three maintenance staff members. They also hire four or five extra help staff that work through the summer in the garden. Peterson says the park relies heavily on donors and volunteers for support. 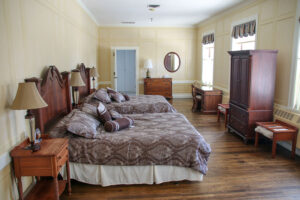 In addition, Allerton Park also hosts conferences, weddings, special events, and overnight stays in the mansion and around the property. Throughout the estate, there are 41 overnight rooms, and 17 of those are in the mansion. You can even stay in Robert’s bedroom.

Because it’s part of the U of I, Allerton Park offers supplementary education resources for the university because of the natural areas, gardens, art and architecture. There’s even a concert series it hosts in the fall.

“We have a lot of research that goes on here,” Peterson notes. “It’s mainly all focused in the natural areas because we have 1,500 acres of pre-European settlement right here in the middle of central Illinois, which isn’t something that comes up very much.”

Peterson says that there’s an estimated 225,000 people that come through the park every year.

“Allerton Park is a little bit of an oasis where people know that cell phones don’t work very well, you can fly a kite in the meadow, you can picnic and it’s quiet. People utilize it as an escape from everyday life,” Peterson explains. “People just use it as a place to come out and enjoy getting away from it all. It’s kind of a destination close by, but it feels like you’re worlds away.”

If you’re looking to get away, Allerton Park is free to the public, but donations are welcome. The park is open seven days a week from 8 a.m. to sunset. For upcoming events, visit Facebook.com/AllertonPark. 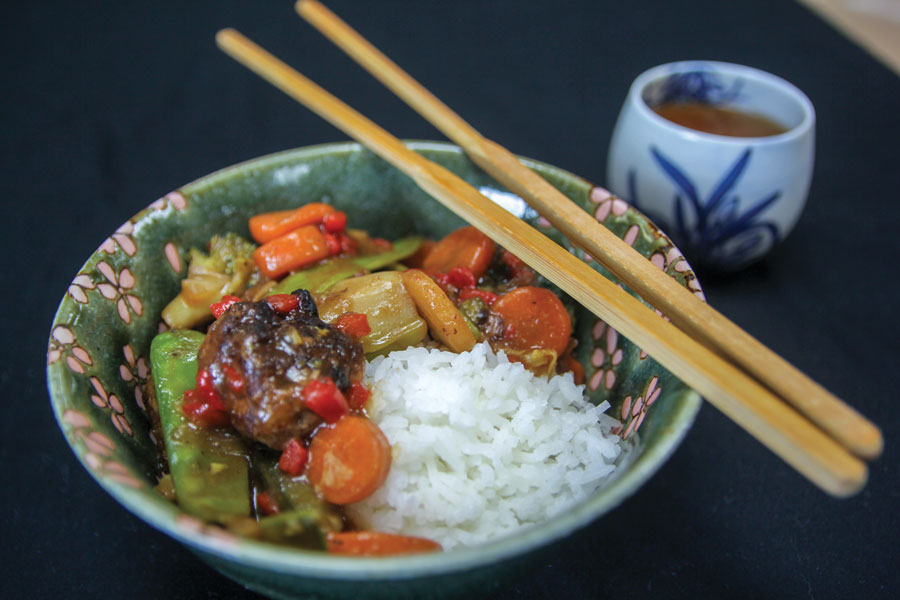 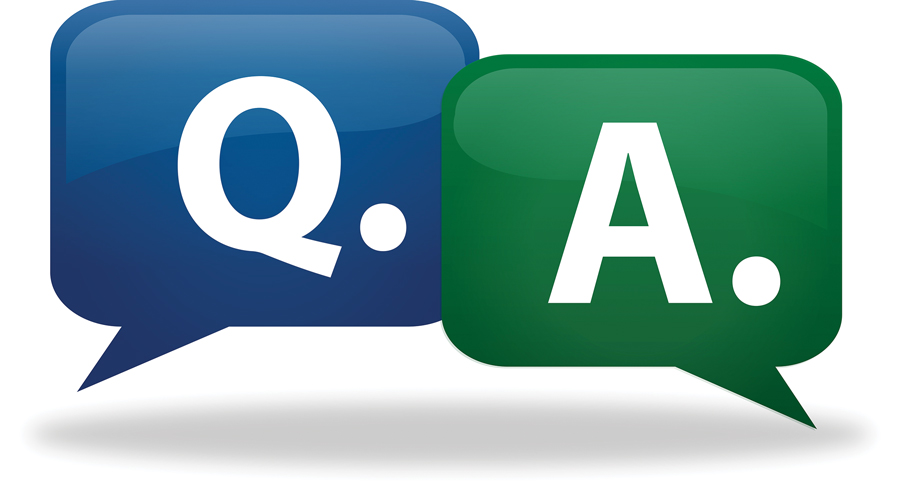 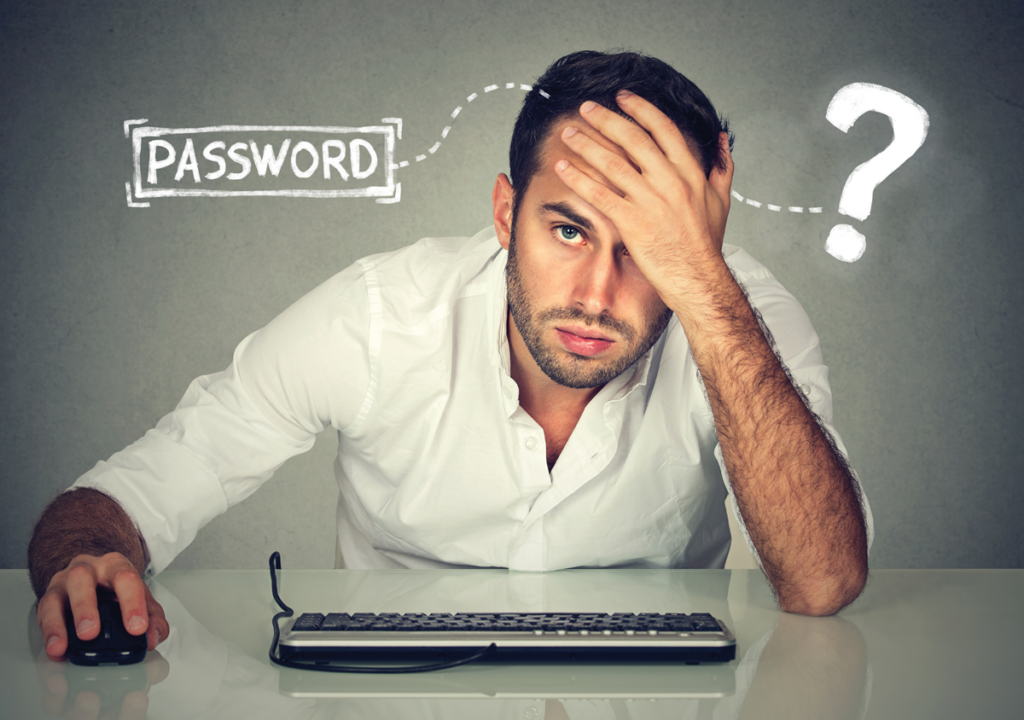