For those looking for a side of history with their meal, Centralia House delivers. First established in 1854, just a year after the city of Centralia itself, the restaurant and hotel became a landmark on the Illinois Central Railroad, known for its reputation for good food prior to dining cars on trains. Owner Craig Besant considers himself a custodian of its tradition. “I inherited a 170-year-old culture, a history of excellence,” he says.

During its days in its original location, historical figures sampled the fare. Stephen Douglas, General Ulysses S. Grant and General Sherman, among others, dined there. It is also widely believed that Abraham Lincoln himself graced the establishment. In 1918, however, that location burned down, and the restaurant moved a hundred yards north to a building constructed in the 1860s that previously housed a saloon and sporting house.

Its history lives on in not only the food, which has largely remained the same over the years, but in the décor itself. Red flocked wallpaper, chandeliers and velvet draperies hearken back to an earlier time, and a National Register sits proudly on the pre-1900 bar. The extensive list of bourbons and the cocktail menu are reminiscent of a speakeasy during Prohibition, with options like an Old Fashioned, a Mary Pickford or a Sidecar.

Those details create an appropriate atmosphere for a menu with heavy Creole influences, as Centralia was a main stop on the railroad between New Orleans and Chicago. Items like the popular Filet Mignon and Centralia House Shrimp (Cajun-style shrimp prepared in the shell in a spicy wine and butter sauce) and pepper steak, escargot, Cajun 2-bean soup, blackened chicken mozzarella po’ boy, and Andouille sausage, red beans and rice—the dishes themselves add to that 100-year-plus culture Besant is dedicated to preserving.

His own history growing up in Centralia plays a major role in his—and other business owners’—drive to revitalize the downtown area. “[It’s the] place I grew up,” he says. “It holds a lot of history for me and the community.” The restaurant represents “the entirety of the history of the city, threading through generation after generation,” he adds.

As a child, he ate at Centralia House with his parents, and later with his own children. “My family is not the only one. Hundreds of families,” says Besant. Most recently as a COO of a digital advertising company in Atlanta, he found himself burned-out and thinking about running a restaurant. After moving back to his hometown, he did just that with the help of Dan Ramey, former city manager and local entrepreneur, whom he calls “the man behind the curtain.” Ramey suggested Besant reopen Centralia House, which had been closed for a year due to COVID-19.

Besant is enjoying the opportunity to be a third-generation business owner in Centralia. He says the restaurant business is “a perfect combination of physical, mental, creative and people,” and that he’s also able to use skills he learned during his time in the media industry. “I’m energized to get to work and learn something new every day,” he adds.

One thing he has learned is to not compromise when hiring staff. “Employees are most important in the service industry. If they are unhappy, it will show up on the plate and in the dining room. Don’t just fill slots. There are good people out there.” He also cautions against skimping on ingredients. “If you can’t afford to serve it, don’t,” he says. “I’d rather serve an excellent cheeseburger than substandard fish.”

Customers seem to agree; many have standing reservations once a week. Visitors on Friday and Saturday nights can augment their dinner out listening to the restaurant’s regular piano player performing standards from the 1940s, ’50s and ’60s. “The community is extremely generous and supportive,” Besant says.

He plans to add video gaming and televisions in the banquet room for sports viewing, and work on the front of the building is planned in the next year. “Right now, we’re refining processes and systems to continue serving great food,” he says.

He and other small businesses, like next door neighbor Crooked Creek Winery and Tequila’s across the street, are making a concerted effort to bolster the community and make Centralia as robust as possible. “We’re taking our love for our hometown and putting it into action, [both] the people who have stayed and those who have come back,” he says. “There’s a spirit of community here I couldn’t find living in Chicago.” 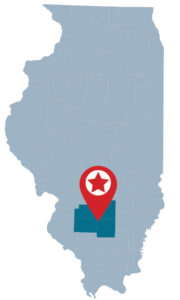 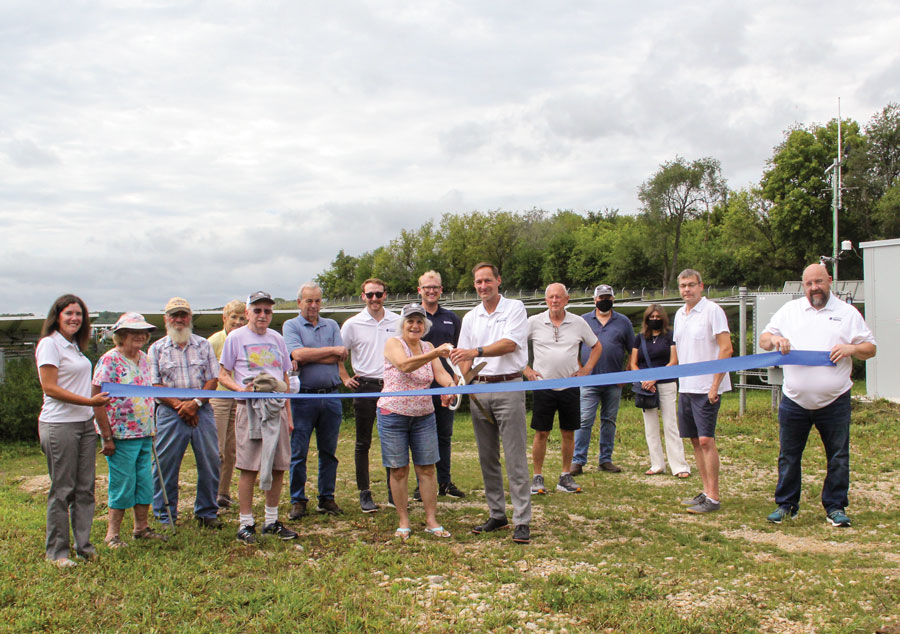 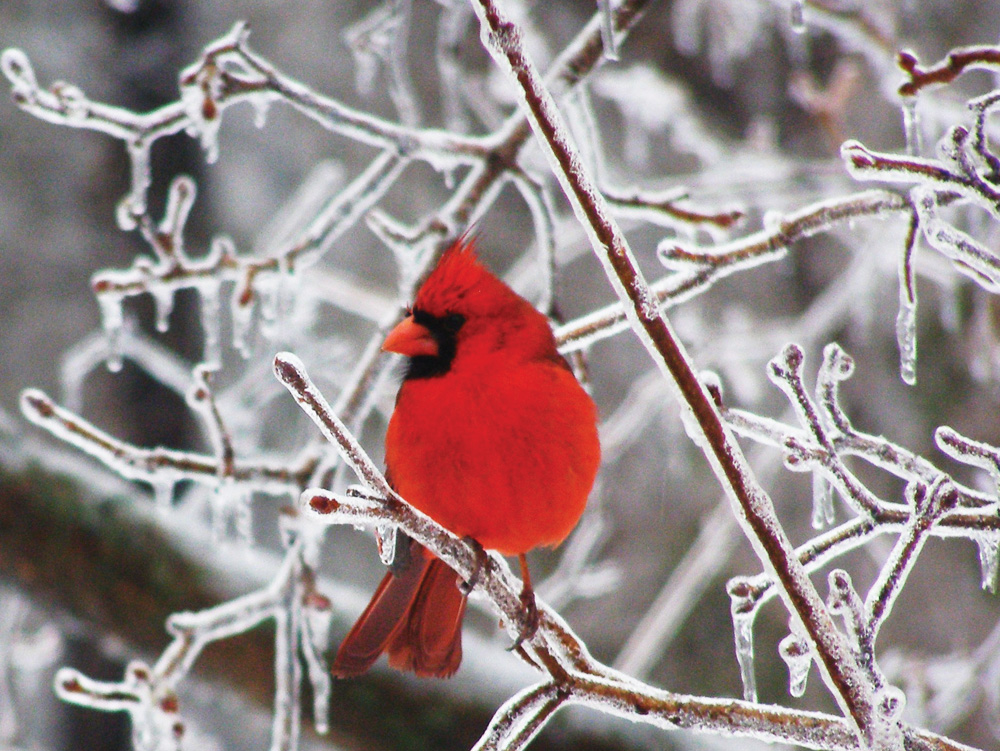 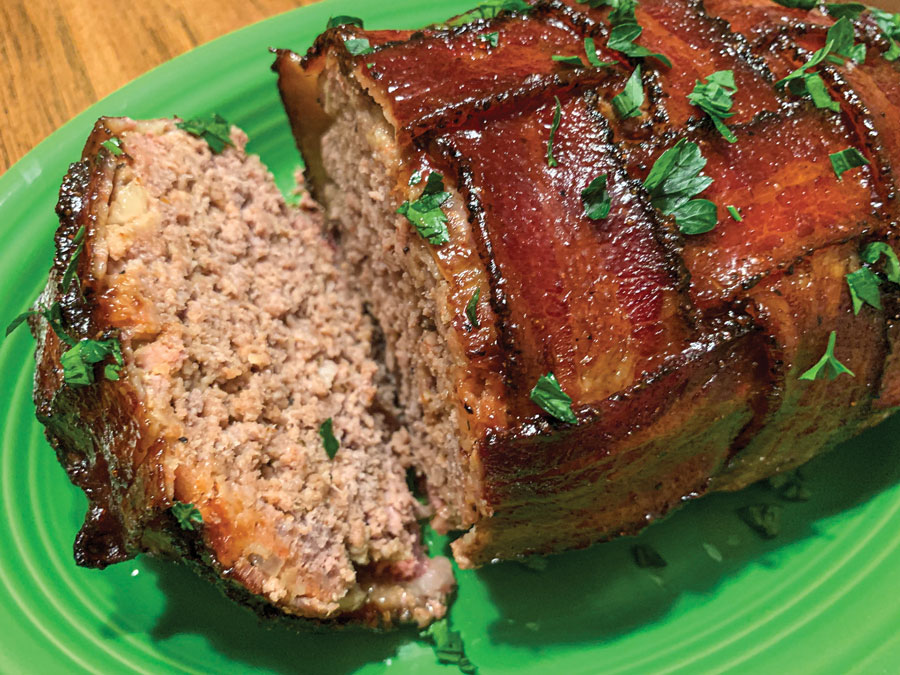