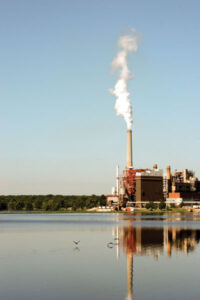 A federal appeals court will not reopen a decision that struck down the Environmental Protection Agency’s sweeping Cross-State Air Pollution Rule. In a two-sentence order released Jan. 24, the U.S. Circuit Court of Appeals for the District of Columbia denied EPA’s request for reconsideration by the full court. A three-judge panel of the circuit court last August said the EPA overstepped its authority under the Clean Air Act.

The rule would have had a huge impact on power plants by setting new limits on sulfur dioxide and nitrogen oxides in 27 states, mostly east of the Mississippi River.

“We’re pleased that the court denied EPA’s request for recon­sideration,” said Rae E. Cronmiller, National Rural Electric Cooperative Association Environmental Counsel. “The rule as ­written was fundamentally flawed and based on assumptions that simply did not correspond to real-world situations.”

In rejecting the rule, the court held 2-1 last August that EPA was forcing upwind states to make more than their required share of reductions in power plant emissions that contribute to ozone formation.

In a statement, the EPA said it was disappointed that the court did not grant a petition for rehearing, and is con­sidering additional options. The agency can appeal to the U.S. Supreme Court.