The outskirts of Ava, population 600, may not be the first place a person thinks of for a destination dining experience. But it is somewhere to consider if fried seafood, smoked brisket and barbecue in a friendly, down-home atmosphere is an appeal.

Crazy Joe’s Fish Shack, owned by Robert “Rabbit” Martin, is located a couple of miles off Route 151 near Shawnee National Forest in Jackson County. What started out as a concrete slab with a few picnic tables back in 1995 has turned into a hidden gem and a best-kept secret, according to local news source WSIL-TV, on their segment “Brick & Mortar.” Martin bought the building from Crazy Joe, the original owner, in 2007. Contractors thought Joe was crazy to build there—hence the name. 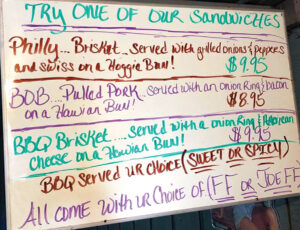 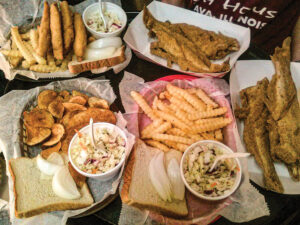 Fried seafood is a staple at Crazy Joe’s. 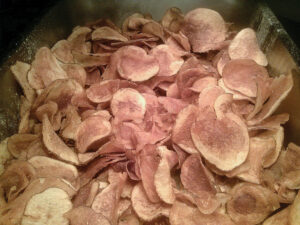 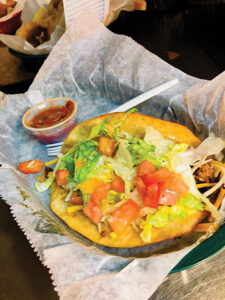 The menu certainly lives up to the hype—two of their seafood favorites are catfish strips and fried Alaskan whitefish. Both are prepared with their homemade breading and seasoning, fried until a light golden brown, and served with red slaw and the addictive homemade seasoned Joe fries (homemade chips). Martin recommends visitors also try their secret sauce. Also featured on the menu are a whole catfish, bluegill, frog legs, Cajun crawfish, a codfish sandwich, and every kind of shrimp imaginable (according to the owner, in the words of Bubba from the movie “Forrest Gump”)—coconut, butterfly, cheese-stuffed, jalapeno cheese, country-fried, even grilled on skewers.

Entrees are not limited to seafood. Martin loves to create in his smokehouse as well. As a result, the menu also boasts a Philly brisket with Swiss cheese, grilled onions and peppers on a hoagie roll and a barbecue brisket with an onion ring and American cheese on a Hawaiian bun. Patrons can also try the BOB, named for the establishment’s current owner—pulled pork with an onion ring and bacon on a Hawaiian bun. These, and other entrees and sandwiches, also come with Joe fries or French fries. Martin is currently in the process of moving the smokehouse but is looking forward to getting back to serving chicken and ribs, as well. “People love my ribs,” he says. 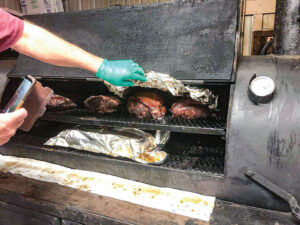 Martin loves to create in his smokehouse as well. 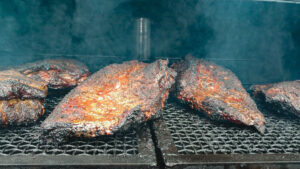 Brisket and barbecue are favorites on the menu. 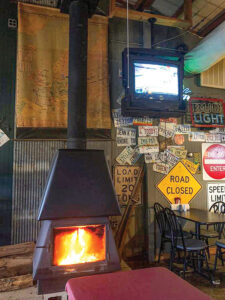 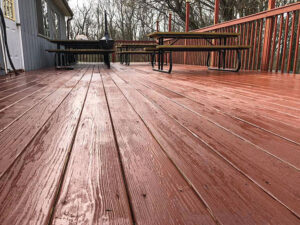 Crazy Joe’s seats about 100 indoors and has eight picnic tables on the deck outside.

The menu isn’t the only reason to visit. Martin and online reviewers say the atmosphere is just as special. It’s definitely off the beaten path, but the building, basically a barn with a tin roof decorated in an array of antiques, echoes the welcoming vibe of its owner. “The good Lord puts us where he wants us,” he says.

Martin, nicknamed Rabbit, has a gift for making people laugh. He says a buddy gave him the nickname because he was quick on his feet and ran cross-country. “That’s my story, and I’m sticking to it,” he laughs. “You’ve got to like people. Everybody has a story—you just have to listen.”

Crazy Joe’s wasn’t his family’s first foray in the restaurant business. He and wife Marilynn also own Mary Lou’s Grill in Carbondale. They took over the eatery when her mother retired in 1990. This came after Martin’s 20-year career with the railroad. He says operating separate establishments is better for their marriage. “It was a bit of a soap opera,” he laughs of their banter while working together at Mary Lou’s.

Their sons, Gary and Kyle, have both worked at Mary Lou’s over the years. Gary is now working in North Carolina, and Kyle helps at Crazy Joe’s. According to Martin, “he’s a real go-getter, a big part of the business.” He says his son may take over the business, but “as long as I’m alive, I’ll be kicking around here.”

The establishment, which normally seats about 100 inside and has eight picnic tables outside, has had to adjust during the pandemic. Right now, the restaurant is open three nights a week, Wednesdays 4-9 p.m. and Fridays and Saturdays 4-10 p.m. They take food orders up until an hour before closing each night.

“It’s tough right now, but we’re doing okay,” Martin says. He adds that their demographic includes young and old, and that “20 percent makes 80 percent (of business)” as a rule, regarding their locals. Ava is a small community, but people from Pinckneyville, Carbondale, Murphysboro and surrounding areas, even Missouri, fill in the gap. Visitors also include boaters on Kincaid Lake, campers and hunters in the winter.

If one meal isn’t enough, also on the property (located on Egyptian Electric Cooperative Association lines), is a one-bedroom cabin available on Airbnb. Martin says they may build more in the future. “All are welcome,” he says. “We’ll make you feel at home.”

Martin says he is truly blessed. “It amazes me,” he says. “God sends us the people, and we do our best.” 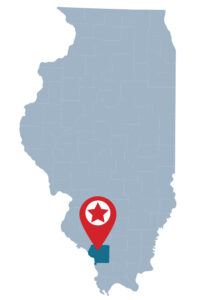 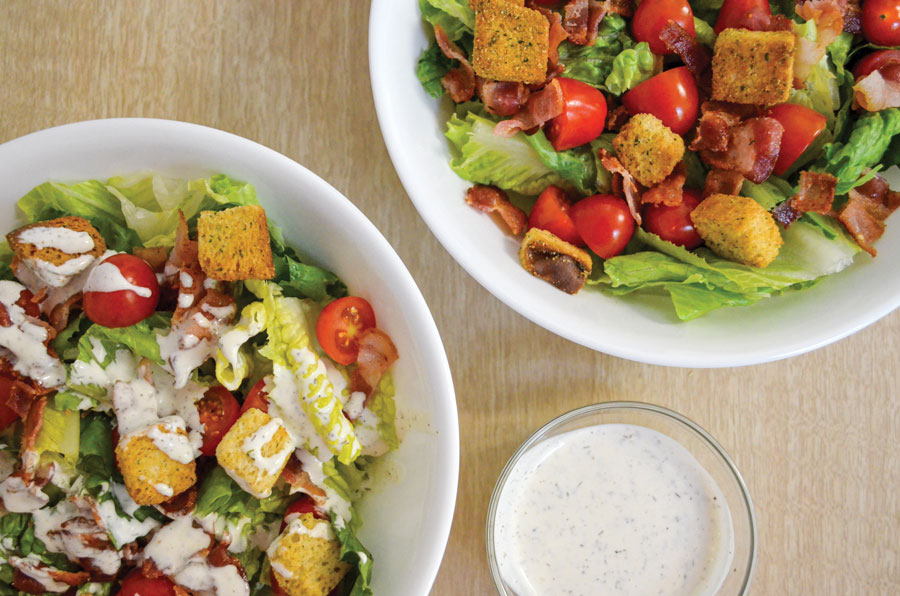