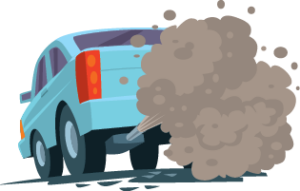 The Environmental Protection Agency ­tightened the ozone pollution standard from 75 parts per billion to 70 parts per billion, a move the agency says will protect public health and leave only 14 counties out of compliance by 2025.

“While NRECA believes EPA should have fully implemented the 2008 ozone standard before moving the goalpost with a tighter standard, we appreciate that EPA Administrator Gina McCarthy has publicly stated that the science didn’t support setting the standard lower than they did,” said Ted Cromwell, Senior NRECA Principal, Environmental Policy.

The EPA set the standard at the upper end of its Clean Air Science Advisory Committee’s range of 60 ppb to 70 ppb.

“My final decision to strengthen the standard for 70 ppb reflects my ­consideration of that advice and my obligation to weigh the science, including the uncertainties that remain,” McCarthy said in announcing the new standard Oct. 1.

The EPA estimates public health benefits of the updated standards will be $2.9 to $5.9 billion annually in 2025, and outweigh the estimated annual costs of $1.4 billion.

Hunters – be aware of target safety around power equipment
Gentlemen, prep your engines for winte­r
To humidify or not to humidify?
Photosynthesis process could create solar fuel
The Color Purple
Volunteerism brought into focus every November
Time to upgrade to Windows 10
Overcoming challenges and changes is what co-ops do