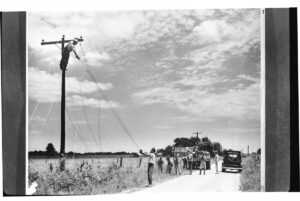 More than 80 years ago investor-owned ­utilities served cities and small towns passing by rural farms they ­considered too few and far between to be ­profitable to serve. Today that ­historical decision is coming full circle in some areas.

“Our co-ops, 80 years ago, were formed ­primarily because we couldn’t get electric service extended into the rural areas,” said Brian Krambeer, CEO of Tri-County Electric Cooperative in Rushford and head of the co-op buyers group. “Today we’re actually having an opportunity to buy out the investor-owned utility that weaved through southern Minnesota.”