Since our first issue, safety has always been an important part of the magazine. This article from the June 1990 issue of Illinois Rural Electric News contains much of the same information we still use today regarding being aware of your surroundings and the location of nearby power lines. Awareness is key to staying safe, and as was reported in 1990, “You can’t see it, but it sure is there to bite you. That’s the unfortunate thing about electricity if you’re not careful.” 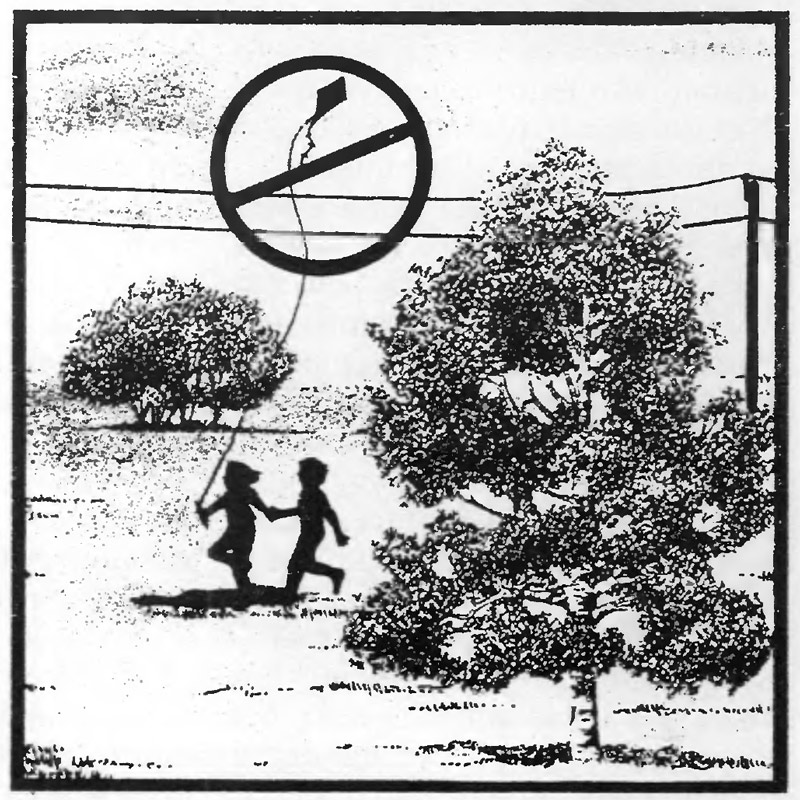 Eight-year-old William Foreman was climbing a tree. Antonio Gonzalez was taking down the TV antenna from his roof. And Mark Tracy was trimming shrubbery from around his home.

All three were enjoying summer’s balmy days when they became unwitting victims of one of the season’s greatest hazards: outdoor electrocution.

“With the advent of spring, we have to watch out more for the power lines above,” says John W. Callogero, editor of the National Fire Protection Association’s National Electrical Code Handbook. “There’s more to do outside in spring and summer, but that also means more opportunity for getting hurt, if we’re not careful.”

A child who touches a live electric wire while playing in a tree, a handyman whose rooftop project comes into contact with a power line, and a homeowner who reached a bit higher than he should have are dead simply because they didn’t look for electric lines.

Summer means outdoor games, gardening and lawn care, boating, cleaning the pool and other fair-weather pastimes. Outdoor enthusiasts can stay safe if they watch for overhead power lines and avoid touching them with their bodies or their equipment.

The U.S. Consumer Product Safety Commission, which celebrated its seventh annual National Electrical Safety Month in May (1990), hopes to teach consumers ways to avoid all the dangers of electricity. Experts say people may be more at risk outside where they least expect to run up against electricity.

“It’s a less controlled environment outdoors,” said Rand Scott Coggan, chief of the Naples, Fla., fire department and chairman of the Health and Safety Committee of the International Association for Fire Chiefs. “I don’t think the dangers are quite as evident outdoors. And I think people are much less likely to look for electrical hazards outside.”

Precise statistics on the incidents of outdoor electrocution and fire caused by electricity are not available, but such incidents occur at least several hundred times a year, officials said. In fact, a study of newspaper reports of such events by the International Association of Electrical Inspectors found 652 accidents involving utility lines alone during the first six months of 1989.

Of course, the dangers are not so great that people should fear their every step outdoors. But officials hope to heighten public awareness of the potential pitfalls of not being alert and cautious while in their seemingly harmless backyards, ballparks and garages.

“You can’t see it, but it sure is there to bite you,” Caloggero said. “That’s the unfortunate thing about electricity, if you’re not careful.”

Being careful requires people to be conscious of their environment. The experts suggest that people inspect their surroundings for electricity lines or outlets to ensure that any activity – especially those involving water and metal – stays far away.

“While you might not want to deny your child the experience of climbing trees and flying kites, you can impress upon them that these activities may be carried out with safety in mind,” said a report issued by the National Safety Council.

By heeding such advice, experts say people can safely enjoy a summer spent out of doors.

“The life you save might be your own or that of a loved one,’’ Caloggero says.