As the bright sun of a perfect late summer day fades to shades of deep pastel, it is show time at the Southern Illinois Opry in Herrin. Local band Skylyne Drive is on stage, and there is energy in the air that can only be fueled by the presence of live music.

The focus of the band is two drop-dead gorgeous brunette sisters Janna and Jenna Harner, who know their way around a microphone. And tonight for a very special number they are joined by keyboardist Steve Hornbeak. Hornbeak, who currently tours with pop star Richard Marx, and has toured with the likes of Faith Hill, Lee Greenwood and a long list of other nationally renowned artists, is the band’s mentor.

The music starts and the crowd listens intently to “By Their Stripes,” a song written by band member Gordon Holden, and destined to be a hit. As the last note dies, the audience jumps to their feet to give a standing ovation. It’s sweet affirmation for the band.

Holden, of Cobden, and Janna Harner (JayJay) of Dongola were raised in the church — a strong foundation on which their lives have been built. And standing on a church stage one fateful Sunday, these two devout Christians found themselves singing into a shared microphone. Hearing Harner sing for the first time stopped Holden dead in his tracks. At age 15, that girl could sing! And so began a new chapter in each of their lives.

They put their heads together and began talking about possible venues where they could perform. Soon they were rehearsing together, and in time added a few other musicians and formed a band. One day, when Holden stopped by to drop off a practice CD for JayJay, she was singing with her older sister Jenna, and he could tell they were a winning combination. Jenna began coming to rehearsals and sat in as a vocalist when the band’s pianist couldn’t come to practice. When the pianist ultimately dropped out of the band, she stepped right in and never missed a beat.

Holden says he started thinking about a girl group backed by a full band because it didn’t exist in their area of southern Illinois. The group played around with names for the band and eventually ended up with Skylyne Drive, a twist on the spelling of the road where the band practiced at Holden’s home.

Things began to click, and one by one, the core of the current band was developed. Holden, and his friend, guitarist Brantley Stricker, were brought together by their professions in physical therapy, golf and music. Stricker joined the band, and a bass player and drummer soon followed.

As the band honed their sound, they began playing at a wider variety of locations in southern Illinois and building their repertoire of songs, which includes country, pop and rock genres. “There’s no denying that being in a band is hard work,” says Holden. “It takes hours and hours of time to make it sound good.” And while they love playing for a paying crowd, these passionate musicians agree that the most rewarding part about being in Skylyne Drive has been supporting their community by playing at benefits for causes such as Relay for Life, ALS, and a local mental health facility. That’s a testament to who they are.

A song is born

Right before Veterans Day last year, Holden was practicing guitar at home when lyrics to a different type of song began forming in his head. He says, ‘“I got up that day to play pop songs. I’m practicing and practicing, and boom, just like that, I wrote the gospel verse of the song ‘By Their Stripes.”’

He knew it was special. “As soon as I set my guitar down, I called JayJay and told her I’d written a hit song,” explains Holden. In a short time, the words to the patriotic verse were written, and the song came full-circle. The double meaning in the song refers to the freedom we all enjoy because of the stripes on the uniforms of servicemen and women and the Bible’s reference to the stripes (pain and suffering) Jesus endured to set us free. Holden can’t talk about the song without getting emotional. He believes the song was brought to him by a higher power and that it’s his and the band’s duty to make it heard.

The band had “By Their Stripes” produced and recorded in Nashville. Holden admits he was a little discouraged that the song was pitched to some gospel groups there who didn’t bite on it. But he laughingly explains, “I told Brantley that I was going to contact Verizon because Martina McBride’s calls weren’t getting through.” But still he wondered why the song wasn’t moving forward. “The voice inside my head said Gordon, your band is going to be famous for this song. It’s not meant for someone else to record,” he says. The song is now offered on DVD, paired with a video that features servicemen and women who reunite with their families upon returning from active duty. It’s a powerful one-two punch.

Two days after Holden wrote “By Their Stripes,” he had a chance meeting with Jerri Schaefer, former Director of Communication at Southern Illinois Electric Cooperative (SIEC). Schaefer knew members of the band and wanted to see if they’d be interested in participating in a promotion the co-op was involved in. As the two talked, they realized the band had some very strong electric co-op ties.

Both Harner sisters had been crowned queens of the Southern Illinois Electric Pageant, and JayJay had won a college scholarship from SIEC and one of two scholarships SIEC had given Shawnee Community College to award to an outstanding student. In addition, she had received a Thomas H. Moore IEC Memorial Scholarship through the Association of Illinois Electric Cooperatives (AIEC) in Springfield. And both Stricker and Jenna had been selected for the weeklong Youth to Washington (DC) trip through the AIEC when they were in high school. They say that these opportunities helped to mold them into the people they are today.

Stricker, an alum of the 2004 tour, says, “I can say that even now, Youth Tour was one of the most exciting weeks of my life. I was only 17 years old and I don’t think I’d ever had an extended vacation with my family other than little trips to Chicago. It meant the world to me to see some things I didn’t know existed at the time.”

Jenna went on the trip in 2009 and said it was an amazing experience, especially being able to visit the Holocaust Museum. She had won the SIEC pageant the year before, and was required to wear her crown and sash during the trip. She recalls, “I was the oldest one on the tour, and it was all a hoot. I remember being outside the Capitol building, and a foreign tourist asked if I’d like to marry his son.” She adds that she’s still friends with all the people she met through the trip, and they follow each other on Facebook.

And JayJay says she’s so grateful for the scholarships that are allowing her to attend college with a double major in math and literature. She adds that participating in pageants has helped to build her confidence for public appearances and in communicating with the public.

A few hours after Holden left Schaefer’s office, he returned with his guitar and played “By Their Stripes” for Schaefer, who was brought to tears. She immediately knew the song was special. Schaefer explains, “I can’t explain it. This song is just too good to sit.” She contacted representatives from the AIEC, who asked the band to play “By Their Stripes” to close their annual meeting in Springfield this past summer. The response to the song was overwhelming. After the performance, the band donated a portion of the proceeds from the sale of their promotional items, DVDs and CDs to the IEC Memorial Scholarship fund (aiec.coop/youth-programs). But this isn’t the end of the story.

Since the band doesn’t have a recording contract, they are working on their own to get the song out to the public. Holden says he was trying to find a way to boost the number of “likes” on the band’s Facebook page when a light went off in his head. Maybe there was a way to give back to the co-ops who helped the band members in so many ways, and promote their song. So, the band is offering the $15 DVD of “By Their Stripes” at a discounted price of $10 for Illinois co-op members, and donating $2 from the sale of each one to the IEC Memorial Scholarship Fund. Bringing more money into the program will help to change the lives of other future college-bound kids in rural Illinois.

Schaefer says, “It is all fitting together. The band’s values and the co-op values are very consistent, and putting them together just makes sense.” Holden says, “If this song doesn’t speak to the values of co-ops, then I don’t know what does.”

According to Holden, the band is beginning to work on both a gospel CD and a Christmas CD, which they hope to release next year. He says, “So, I’m ready to see where the journey goes and trust that’s how it’s supposed to happen.” And by their own stripes, the little band from southern Illinois is paying its dues and with help from the co-op community, making a name for itself.

“They wear the stripes proudly on their hearts to show the world our country’s standing strong.
And those stripes go into battle for you and me, so we can live in this land that we call free.

By his stripes, I am free. He washed away my sins and set my soul free. By the blood of our savior who died at Calvary, by his stripes we are free.

And when the road is weary and the battle rages on, with God and our country, together we are strong

And I’m proud to be an American.
By their stripes, we are free.”

Saving co-op power by going without it 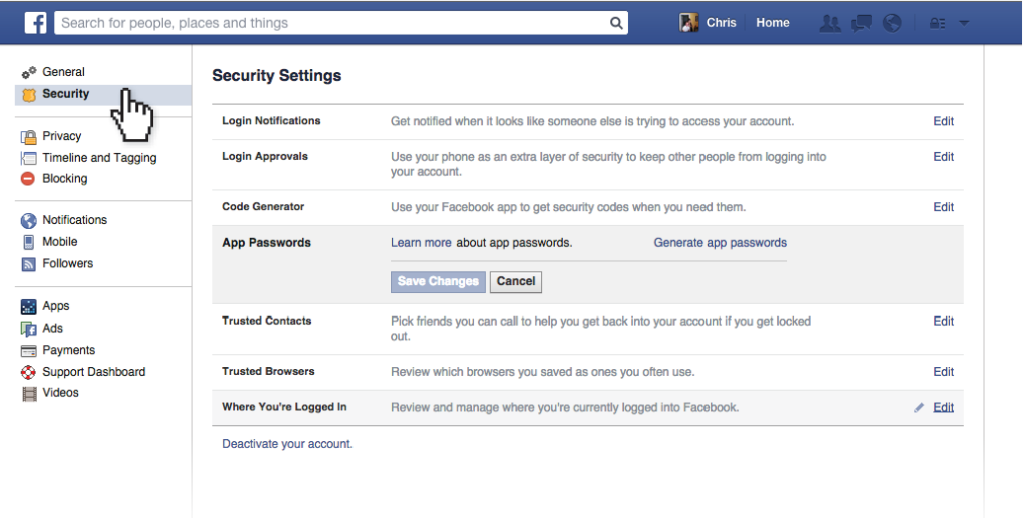 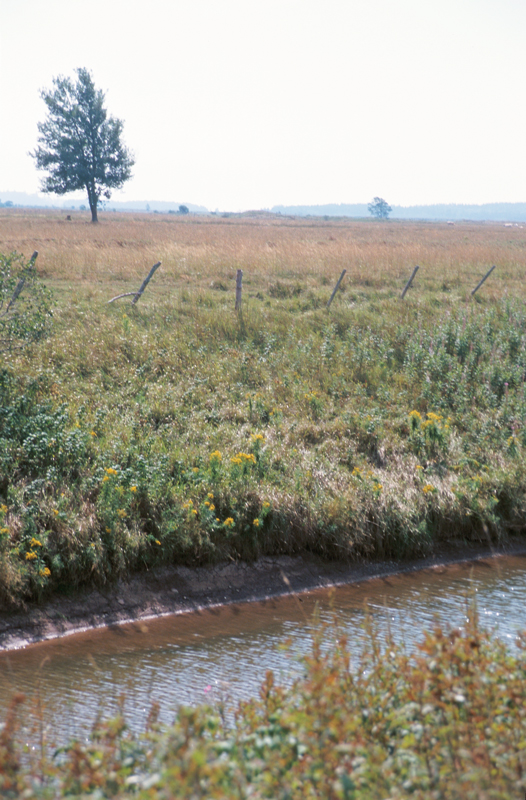 Ditch the rule on ditches