Music is his calling 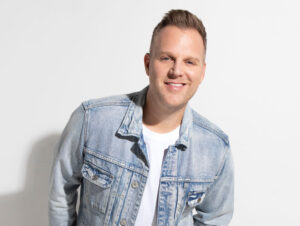 From humble beginnings as a minister’s son in Downers Grove, Ill. and a dream of playing professional baseball gone awry, to a life-changing decision made “on a whim” to study music, Matthew West took an unconventional path to becoming a Grammy-nominated Christian singer/songwriter.

Matthew has fond memories of his hometown, located about 22 miles west of Chicago. “We lived on a quiet street. This ‘back 40’ separated our house from where my dad would go to work at the church. We would get home from school, run across the field and visit mom and dad at work. It was a great upbringing.” 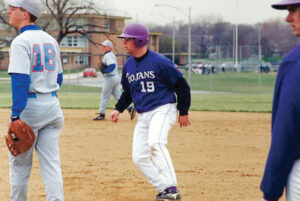 He dreamt of playing baseball and would often drive into the city to go to Wrigley Field or Comiskey Park. “I always dreamed of being on that field someday. Now, obviously it took some genetics I didn’t possess, and I’ll forever blame my parents for that,” he laughs. “The irony is I found out my sports dreams were going to die after high school. I didn’t get drafted, I didn’t get any scholarship offers; scouts were at my game, and I thought they were there to see me … but they wound up drafting our centerfielder.”

That detour led him to Millikin University in Decatur. “I had to scramble at that point,” he says. “People in my life for a long time had been trying to tell me that my true gift was music. On a whim, I decided to take the encouragement of a vocal coach I had. She always would be so frustrated with me, because she saw something in me. She kept telling me, ‘You have a gift, you don’t understand.’ But it came easy for me, so I didn’t work. I didn’t take it seriously.”

He auditioned for the music school at Millikin (the “Harvard of central Illinois,” as he calls it) and was accepted. “That began my journey of shifting my laser-like focus from sports to music,” he says. He describes his experience there as, again, unconventional. “I pushed against their conventional ways throughout my entire four years, because I kind of knew early on ‘this is what I want to do: I’m going to write songs, I’m going to make records, and I’m going to book my own shows.’”

He says the faculty initially had other ideas. “They wanted me to be in the choir, and they wanted to travel to high schools in a bus to sing in a suit and tie. I was like, ‘Guys, I’m booking a tour of coffeeshops.’” Matthew wrote letters to the dean of the school of music appealing his case. Over the years, he says, both sides developed a mutual respect. 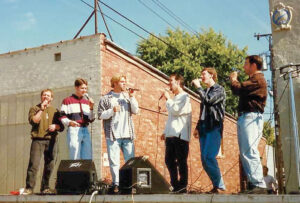 Some of Matthew’s earliest performances were on his hometown’s Main Street. “[Downers Grove] had this small town charm. They would always have this really neat Main Street Festival; actually, some of my first gigs, if you want to call them that, were on the side stages at that little festival in our town.”

Two of his bandmates are also Millikin graduates; in fact, the father of guitarist Jake Widenhofer was the dean of Millikin’s music conservatory for more than 30 years. “[Stephen Widenhofer] was one of the ones that I always had to plead my case to. Years later, he called me, ‘Hey, my son’s moving to Nashville. Can you meet with him?’ I was like ‘Absolutely!’ It worked out great. His son is a phenomenal musician. Some great talent comes out of that school, so it wasn’t hard for me to have two band members who are Millikin graduates, because they are world-class musicians.” 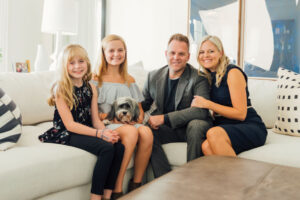 Matthew currently lives in Nashville, Tenn., and is married with two girls of his own. He says God blessed him and his wife Emily with different perspectives, which together have helped them raise their own children, Lulu and Delaney. “My dad’s been a great example for me as a father. I know a lot of people who as parents are on a mission to create the opposite of what they experienced as kids, and man, I look at my childhood and I think, there’s actually more that I would care to repeat than not.”

He says a song on his new album sums up his father’s influence from a faith perspective. “It says ‘the whole time I was looking up to him, he was looking up to God.’ He was looking to somebody else for guidance, following his faith. That has really shaped a huge part of who I am today.”

Father and son now work together for their nonprofit, popwe.org. “He’s on tour with me,” says Matthew. “We know a lot of people coming to our concerts are having a tough time and maybe need to speak to somebody. Concerts can be moving experiences, where stuff comes up to the surface for whatever reason—my dad has been able to be there for that purpose.”

Their organization works with other ministries to provide resources to people in need. Those resources include support, counsel and prayer. The story of one recipient, a recovered heroin addict named Rob, inspired Matthew to write the song, “Grace Wins.” “[His mom] wouldn’t give up on him,” he says. “She just kept praying for him and bailed him out of jail on the condition that he go to a concert with her a few days later, knowing that it was going to be my show. Rob just really had a powerful moment in his life and decided it was finally time to make a change.” Popwe sponsored Rob’s trip to a recovery center and walked with him in his journey.

“With stories like Rob, it’s a story of addiction, it’s a story of deciding to not stay held captive by those addictions and make a change in life,” says Matthew. He adds that people’s stories, like Rob’s, are the heartbeat of the organization. “I would say this is probably the mission of my music, too—to help people discover how to craft, share and live the most meaningful story with the one life they’ve been given, with the one story they get to write in this world.”

He says there is conflict in everyone’s story. “Some broken chapters we write for ourselves. Some of them are handed to us. I think in today’s world we’d much rather present a highlight reel of who we want the world to think we are. The reality is we’ve [all] got chapters of our stories we’re not proud of. And the irony of it is some of those chapters shape our stories the most.” The question becomes, according to him, “[Will] history repeats itself? Or are we going to pivot from that broken chapter?”

Matthew says the missions of the nonprofit and his music naturally intersect. “It’s the influence I have in front of me right now. The people who come to my concerts, the people who listen to my music—is there a way to go deeper with them than just a 3-minute song? And is there a need to go deeper? We’ve found that there is.”

He adds that it’s an example of the “bloom where you’re planted” concept. “Sometimes, people get the idea that in order to make an impact, [they’ve] got to go do some grand thing. The big things really start by doing the next thing—that leads to the greater vision of how you’re supposed to make an impact in the world.” 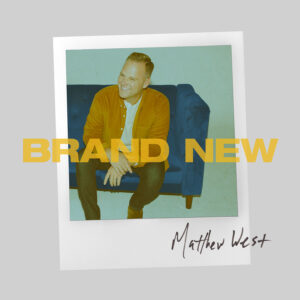 This month marks the release of Matthew’s 10th album, “Brand New.” He says the more than two years between album releases has been too long for him, but because different transitions were taking place, it allowed him a little more time to spend writing songs he’s excited about. Matthew says the title is ironic, but true. “It epitomizes how I feel about the music I’m making and the excitement I have, and the vision I have after all these years. I still feel like I have a brand new purpose and mission to take this music to the world.”

He and his band will go on tour to support the new album in spring of 2020, though his plans don’t include simply touring. “I was nominated for a Grammy this year … I’ve been nominated a bunch of times, but I’ve never won, so who knows? Maybe we’ll win one.” Matthew also hopes to release his latest book by the end of 2020.

His busy schedule doesn’t end there. “I write songs for a lot of other artists,” he adds. “My Grammy nomination is actually for a song I wrote for another group called Casting Crowns.” West has more than 130 songwriting credits to his name, including cuts by Rascal Flatts, Scotty McCreery, Michael W. Smith, Amy Grant
and Mandisa.

“Some writers only write songs when they’re making a record, and then they’ll come back a year later and write songs,” he says. “I’ve always been like ‘What’s next? Let’s keep writing. Let’s keep going.’ So those other artists who allow me to be part of their creative process, that really gives me creative fulfillment.”

Matthew enjoys sharing a part in their stories. “The minute I’m done making my new album, I start turning my attention to songwriting appointments several days out of the week in Nashville.”

He says it’s also fun to work with young artists and help them write and figure out who they are. His advice for would-be musicians? “I’ve learned there’s a difference between a dream and a calling. If what I wanted to do was merely a dream, the minute it got hard, I might have stopped. But there’s something different about a calling. Was I meant to do it? Would I cease to exist if I didn’t write songs? That’s how it felt to me. My dream was baseball—my calling is music.”

“Lastly, how you deal with rejection is going to determine how far you go if you’re wanting to pursue music. Anybody who has any career in the music industry will have rejection stories—of an audition that didn’t go well, of somebody who didn’t see the diamond in the rough, of an opportunity that was so huge that went to somebody else. People handle rejection in different ways, and that’s the way the music industry tends to weed people out,” he says.

“Rejection always served as motivation for me. I’m not the most talented person in the world, but I’ve tried to make up for that with relentless pursuit and hustle. How we react to rejection will also indicate whether our dream is a dream, or our dream is a calling.”

With four Grammy nominations, multiple ASCAP Christian Music Songwriter/Artist of the Year awards, a Dove Award, an American Music Award, a Billboard Music Award and a Primetime Emmy Award nomination for Original Music and Lyrics for “The Heart of Christmas” (not to mention numerous No. 1 singles), no one can deny that music is indeed Matthew West’s calling. 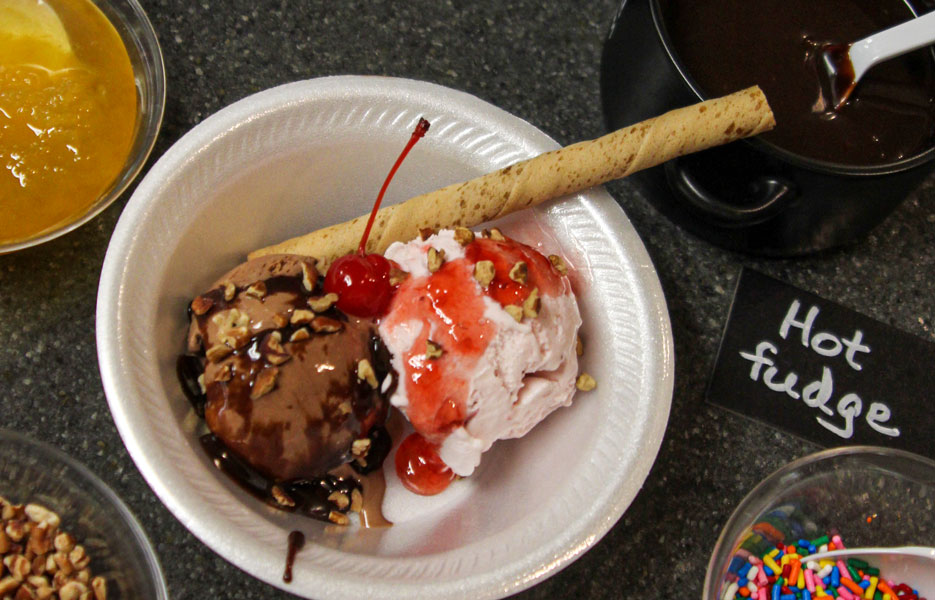 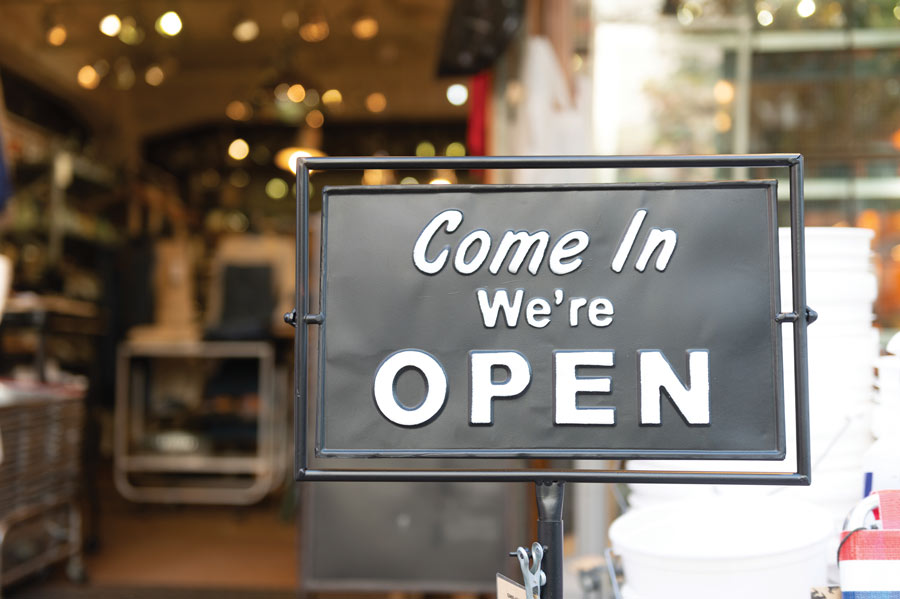