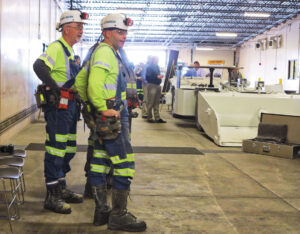 Throughout the 2016 campaign, Donald Trump pledged to review burdensome federal regulations when he became president. On March 28, President Trump took an important step to follow through on that commitment by ­signing an executive order to promote energy independence. The order also calls for review of the Clean Power Plan.

“If implemented, the plan would hit many of our electric cooperatives extremely hard by forcing them to prematurely shut down existing power plants. Those co-ops would in essence be charged twice for their electricity – once to continue paying down the loans on the closed power plants and again for the cost of ­purchasing replacement power,” he said.

Co-ops were so concerned about the economic impacts of the Clean Power Plan that they petitioned the courts to review and reject the regulation. The Supreme Court sided with co-ops and imposed a stay of the rule-essentially ­freezing its implementation.

It will take the Trump administration a long time to navigate the maze of administrative, regulatory and legal procedures necessary to review the Clean Power Plan. In the meantime, electric co-ops will keep supporting an “all of the above energy policy.” That includes supporting coal mined by Illinois coal ­miners like the ones in this photo from Prairie State Generating campus, one of only three coal plants in Illinois that uses Illinois coal.

Honoring Our Heroes On Memorial Day
Access Social Security Online Resources When You Travel
2017 Best of Illinois Winners
Exceptional Camps for Exceptional People
Butterflies, cookies and love
Illinois Made Highlights State’s Faces of Travel
Know what to look for when selecting plants
Thunderstorm safety tips from the American Red Cross
2017 Mother of the Year letters
Living with severe allergies
Windows to the world