I was going to start off saying ‘there are plants no one in their right mind would plant, such as dandelions, but then realized many people are planting them as a food crop and a nectar plant for bees.

It all came about because there are technically two groups of plants, per Illinois statutes, you are not supposed to plant. These are the Noxious Weeds and the Exotic Weeds. And this past year, the state added several more plants to the Exotic list.

The Noxious Weeds Act has been around the longest and includes plants that cause human or livestock health problems as well agronomic plants. There are only eight plants listed in the Noxious Weed Act -the common and giant ragweed, marijuana, musk thistle, Canada thistle, perennial sowthistle, Johnsongrass and sorghum-almum. The latter two seem to be more of a ­problem in southern Illinois.

Technically, you are supposed to eradicate these weeds on your property, or property you manage. There are two exceptions: the ragweeds. In rural areas, you aren’t required to control it, ­however in incorporated cities, ­villages and towns, it must be eradicated. Achoo!

No one plants seven of these on purpose because they just are annoying weeds. It’s easy to figure out which one is planted, though not legally without a permit.

The Illinois Exotic Weed Act includes plants that people do plant. It’s managed by the Illinois Department of Natural Resources (IDNR), and includes non-native (a key phrase) plants that have the­ ­ability to naturalize, choking out native plants and/or threatening native wildlife including fish. In other words, these are “invasive” plants.

Technically, you aren’t ­supposed to buy and plant these species in Illinois without a permit from IDNR. There are exceptions such as making preserves from the fruit of some of the species.

Three biennials on this list include teasel, poison hemlock, and giant hogweed. These three were added this past year.

Also on the list are six of the exotic buckthorns (Rhamnus) which were planted years ago as a source of winter bird berries. In fact, so were the Autumn and Russian olives (Elaeganus), four of the bush honeysuckles (Lonicera), and multiflora rose (Rosa). Vining or Japanese honeysuckle also provide some food for wildlife, but is more of a groundcover vine as is the Chinese bittersweet.

Japanese, giant and Bohemian knotweed are included. These are still popular garden plants as they have a bamboo-like appearance and grow relatively fast. From experience, I can tell you they require perseverance to control. You have to dig up the plant for about three years in a row, ­including the runners that may go fifteen feet before shooting up another plant.

Kudzu goes without saying. Simply drive through Georgia, Alabama and other southern states.

The tamarisk or salt cedar (Tamarix) was added also. It definitely can be weedy, but most folks will probably look at it and say “Eh, kind of wimpy and wispy in the landscape.”

Most of these plants are easy to identify, though even I have problems separating Chinese bittersweet from our native bittersweet.

These plants were sold for years, but the Exotic Weed Act says they should not now be sold, propagated or planted in the state. However, if you already have them, you aren’t required to ­eradicate them, as you would if they were declared Noxious Weeds.

The Exotic Weed Act does not ­separate the supposedly sterile ­cultivars from the true species listed. So, even though someone might say, “this threadleaf buckthorn or purple loosestrife is sterile and wont’ spread,” it

may not be true. The thread-leaf buckthorns are definitely a no-no. It’s harder with all the crossing and breeding of the loosestrifes.

But you might be wise to avoid any of these plants in whatever form, except for the true native types.

For more information, check out the Exotic Weed Act at http://www.ilga.gov/legislation/ilcs/ilcs3.asp?ActID=1735 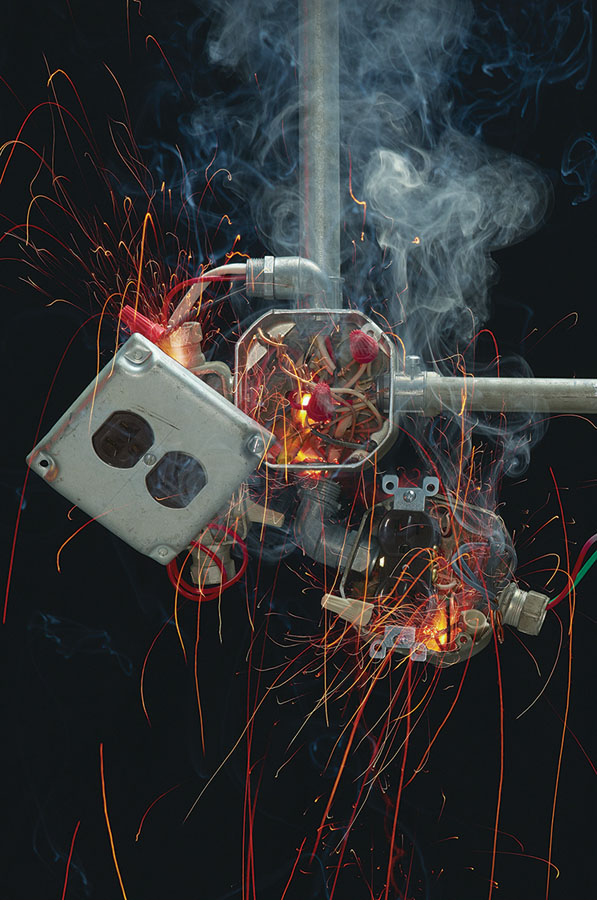 Caring for your home’s electrical system as it ages