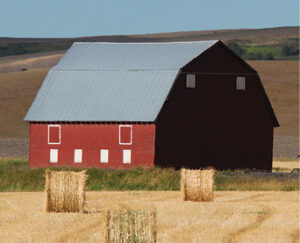 Rural scene – Barn and field with bales of hay

This isn’t the start to the new year that rural America was looking for.

The monthly Rural Mainstreet Index slipped from 47.8 in December to 46.8 in January. On a scale of zero to 100, where 50 represents growth neutral, it continues to indicate ­difficult times in the heartland.

But this month’s number is far ­better than the 42.8 in January 2017. To Ernie Goss, economics professor at Creighton University’s Heider College of Business, which produces the index, that’s the bright spot.

“While the overall Rural Mainstreet Index for January declined and remained below growth neutral, year-over-year indices are trending higher. Clearly, based on our recent ­surveys, the negatives are getting less negative,” said Goss.

The index surveys community bank CEOs in a 10-state region, and when asked to name the greatest economic challenge predicted for their banks in 2018, four in 10 cited loan defaults.

January’s confidence index, ­reflecting expectations for the ­economy six months out, fell to 46.7 from December’s 51.2.

“Concerns about trade, especially current NAFTA negotiations, and low agriculture commodity prices continue to restrain bankers’ economic ­outlook,” said Goss. “Approximately 71.2 ­percent of bankers projected that any interruption or abolition of NAFTA would have a negative impact on their area.”

The farm equipment-sales index slumped to 24.4 in January from 29.3 a month earlier. It’s the 53rd consecutive month the reading has been below growth neutral.