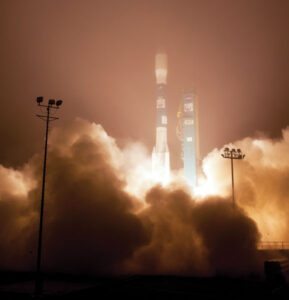 The Orbiting Carbon Observatory-2 (OCO-2), NASA’s first mission dedicated to studying carbon dioxide in Earth’s atmosphere, lifted off from Vandenberg Air Force Base in California on July 2. The two-year mission will help scientists unravel key mysteries about carbon dioxide and produce the most detailed picture to date of natural sources of carbon dioxide, as well as their “sinks” – places on Earth’s surface where carbon dioxide is removed from the atmosphere. The observatory will study how these sources and sinks are ­dis­tributed around the globe and how they change over time.

OCO-2 is the second of five NASA Earth science missions to be launched this year. NASA monitors Earth’s vital signs from land, air and space with a fleet of satellites and ambitious airborne and ground-based observation campaigns. NASA develops new ways to observe and study Earth’s interconnected natural systems with long-term data records and computer analysis tools to better see how our planet is changing.